The city might be busier, but you still need to concentrate when driving on rural roads. 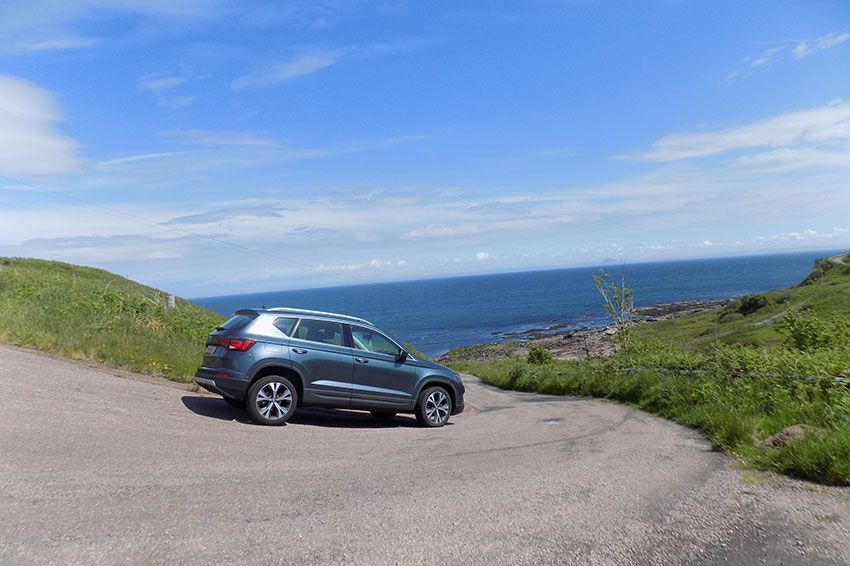 Rural roads can be beautiful but they demand a driver's attention

If you’re a city dweller, a trip to the countryside can be the perfect way to spend a sunny day. But it’s important to be aware of the different challenges a country drive presents compared with the hustle and bustle of the city. From meeting animals on the road to winding through a web of single-track lanes, it’s important to stay switched -on when you’re country driving. Read our top tips for driving safely in the countryside.

Driving in the countryside also means getting there in the first place, so if you live in the middle of the metropolis, you’d be best to plan your route in advance. It sounds like obvious advice but there will be many day-trippers and holidaymakers who have glanced at a map and found themselves lost when tantalisingly close to their destination.

Get your route planned down to a ‘T’, using monitoring sites such as Traffic Scotland or Highways England to check for any planned roadworks or expected disruption.

‘Scan’ ahead for extra safety

Driving on unfamiliar roads means you need to be even more alert than when on a motorway or 70mph dual carriageway. Traffic police officers will routinely ‘scan’ up to 200 metres ahead on the road, to see potential hazards sooner. This can be especially valuable when driving on single-track ‘B’ and rarer ‘C’ roads.

‘Scanning’ can help you prepare for the following country road furniture:

Cattle grids - designed to keep cattle from roaming down the road on open ground. They’re very bumpy to drive over, so slow down on your approach to these so that you don’t damage your vehicle or send your cup of coffee flying. It’s also important to remember why they’re there – it means farm animals could be near, so you should stay alert to any possible animals on the road ahead (to be continued). 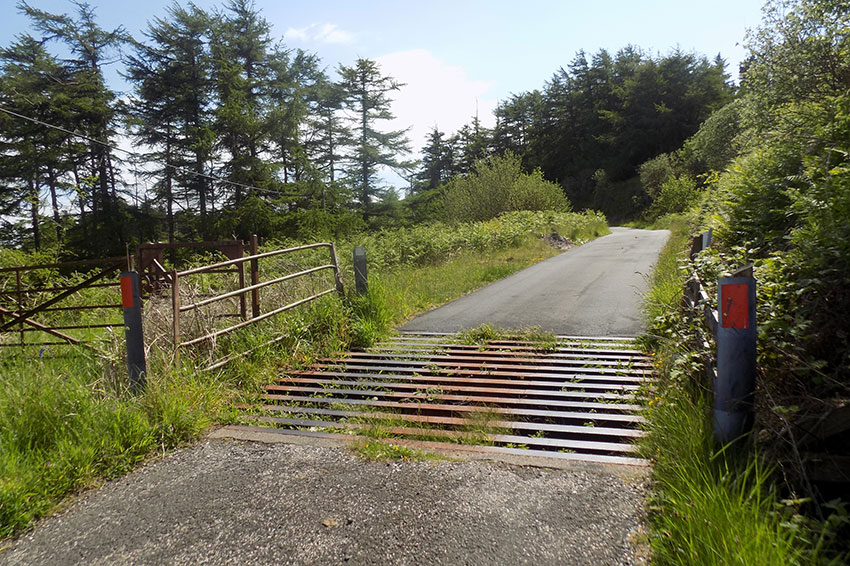 Fords - another potential obstacle on a rural road: streams of water running across a road or track, that are shallow enough to be crossed by a vehicle.

However, as with the tides in the sea, river depths can vary, so fording can become more dangerous in deeper and faster-running water. So if you think you’re a little out of your depth, slowly reverse your car back out of from the ford. Some vehicles have even been carried downriver by raging torrents.

For reference, auto manufacturer SEAT’s online glossary defines ‘fording depth’ as the distance from where your tyre is submerged, to your vehicle’s air intake system.

Remember that speed limits are the maximum legal speed you can do, not a target to reach at every stretch of straight road. Speeding isn’t just dangerous when faced with oncoming traffic, as when driving on narrower, unfamiliar roads, however quiet they are, you can easily leave the road if driving too fast around corners. 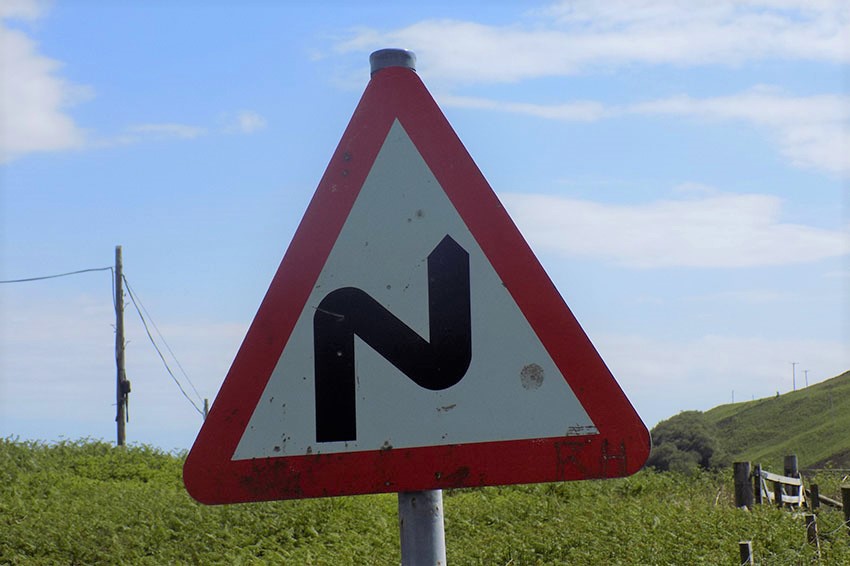 Watch out for animals

They’re lovely to look at when in the countryside, but which animals should you look out for as a potential hazard?

Deer are very common in the UK and are especially prevalent in May and in October-November. In remoter areas, such as Jura in the Hebrides, red deer are abundant and can be a massive hazard when encountered on the (most likely single track) road. They do appear on mainland roads too with five species found in the far south of Britain in areas like the New Forest National Park.

Look out for the triangular road sign showing a black ‘stag’ (male deer), antlers and all. This sign warns drivers of upcoming deer habitats where roads intersect their territory, and normally tell you the distance in which you have to stay especially alert.

Household or stable animals such as dogs, horses and mules, and livestock such as sheep, cows and pigs, are partly protected by the Section 170 of the [Road Traffic Act (1988)] which requires drivers to stop their vehicle and report a collision with any of these animals.

Cats are offered no such protection as of yet, but if driving through farmyards or hidden hamlets, they should be looked out for, because if disturbed they may run across the road. The same applies to species such as rabbits, hare, and scavenging birds who may feed on roadside carrion like crows, ravens or raptors.

With animals, comes animal waste, and horse and cattle manure, even when flattened into the road (apologies) by traffic, can still cause tyres to lose their grip. If you see animal droppings on the road ahead, slow down, and, if safe to do so, avoid driving straight over it. The same goes for mud, which can be dragged from field to road by animals grazing in an unfenced area, or by agricultural vehicles. Speaking of which…

You don’t normally have to worry about the volume of traffic on countryside roads, rather the size of each individual vehicle, like tractors, dairy lorries, or in certain months, the odd combine harvester.

And while they’re typically very slow, these are working vehicles and aren’t normally travelling too far, perhaps from the field back to the farm. If you find yourself stuck behind one, it’s important to keep your cool and be patient.

What’s more, when you go to overtake a tractor or large vehicle which is turning off the road, remember that it swings to the right before pulling back left; bear this in mind as you assess the road width for overtaking.

A region with dramatic scenery often produces dramatic twists and turns in the roads – but within the apparent chaos, there is often order along the roadside.

For example, a blind summit on a road you’ve never driven before might fill you with fear as a driver, but telephone poles, electricity pylons, roadside trees and hedge lines can give a clue as to where the road ahead leads. 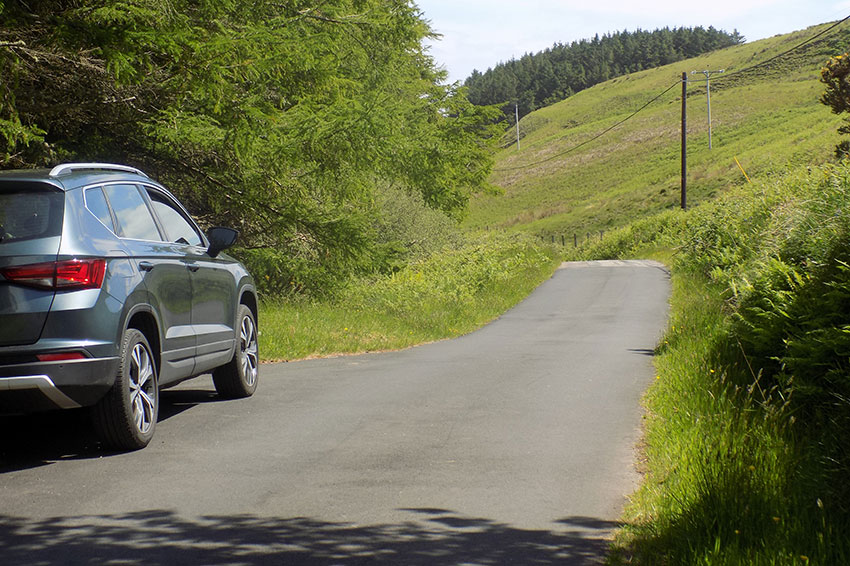 Even on a cloudless night, drivers from urban areas can be shocked by how dark it can get when driving through long stretches of uninhabited, unlit countryside.

For an inexperienced country driver, this can make every corner more daunting, with the added uncertainty of what could be up ahead on the road.

Keep your headlights on full beam to give you the farthest and widest-lit view of the road possible. You should then change back to dipped headlights when you meet oncoming traffic, find yourself behind another car, or when you reach a residential area again. 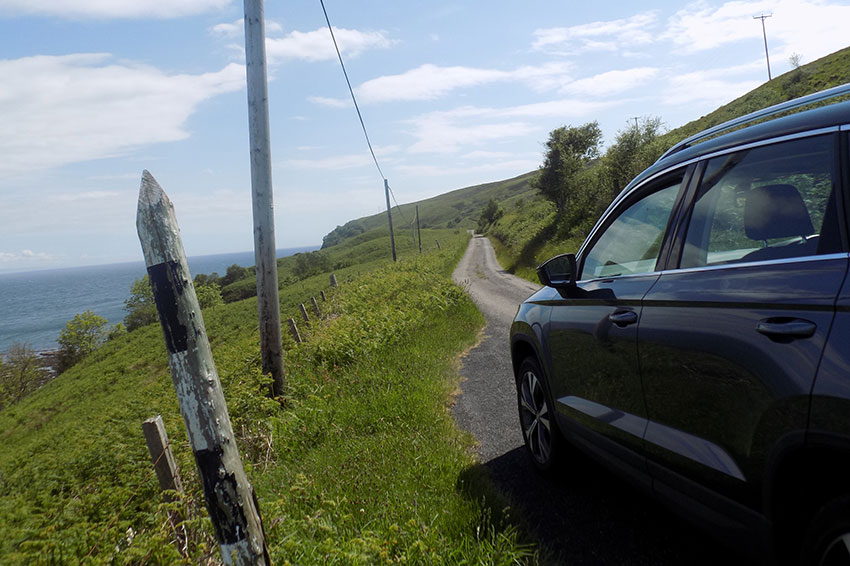