As alternatives are offered to the usual car park festivities, we take a look at some of America’s “Tailgating Professionals” 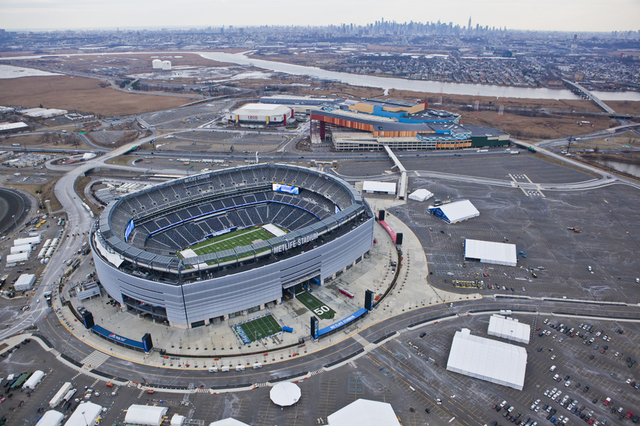 As a global audience of approximately 170 million people are gearing up for what should be a highly competitive Sunday of gridiron action, the NFL and New Jersey authorities may have slightly dampened the spirits of fans attending the spectacle by banning ‘Tailgate Parties’. Traditionally, prior to a game, NFL fans across America whip out portable grills and beer kegs to share with fellow fans and create a mouth-watering pre-game atmosphere. Home fans and opposing fans alike share food in this social carnival, served from the rear of their cars in massive stadium car parks.

However, authorities have stated that tailgate parties will not be permitted prior to this year’s Super Bowl, due to the limitations on available parking spaces. Luckily, East Rutherford mayor James Casella has kindly offered an alternative – the ‘Meadowlands Tailgate Party 2014’. Described as the ‘pre-game before the big game’, revellers will enjoy:

NFL fans will be able to enjoy the festivities between Thursday 30th January and Saturday 1st February whilst being kept warm by large heated tents and the culinary skills of more than 30 food vendors.

In light of the Super Bowl tailgate ban, we take a look at the fans around the United States who take great pride in creating a party atmosphere before each home game. Beginning hours before the game, some fans look forward to the festivities as much as the game itself – and take the party just as seriously as the football!

Browns fans are affectionately known as the ‘Dawgs’ and pride themselves on tailgating festivities. There are two certainties to be seen at a Browns tailgate party: 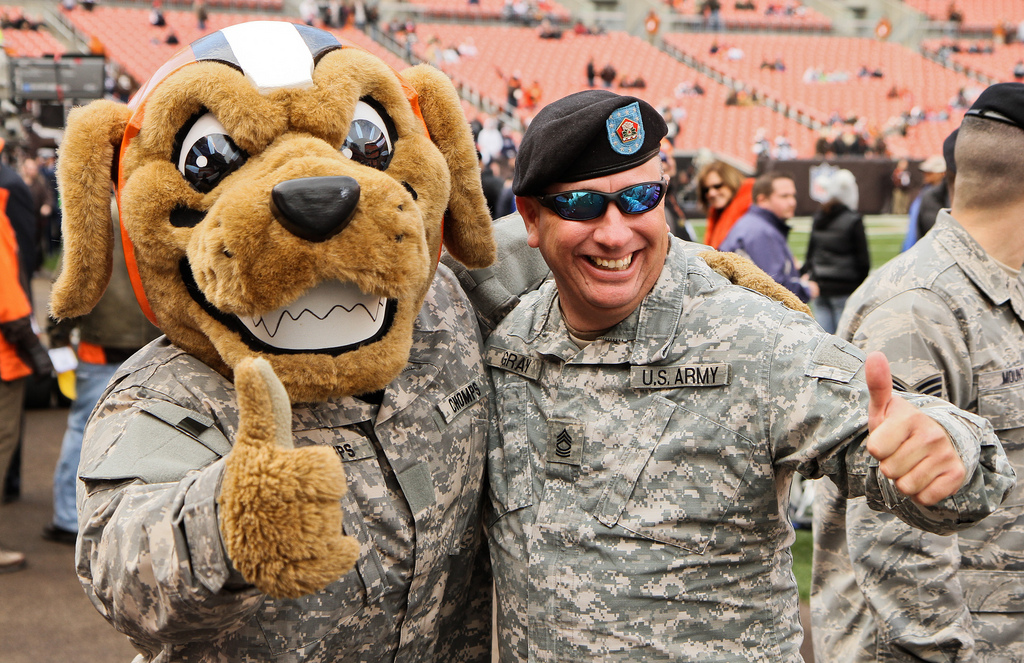 Browns fans are also the self-proclaimed creators of the ‘perfect burger’ and encourage opposing fans across the country to make the trip to Cleveland and find out for themselves!

According to nationwide tailgate experts, Houston’s Reliant Stadium is the home of the best BBQ in the NFL. From briskets to ribs, burgers to sausages, a combination of the hot Texas sun and state-of-the-art grills, they serve up a feast on game day. ‘Raging Bull Tailgaters’ founder Glen Miller says he spends on average $12,000 - $15,000 each season feeding hundreds of fans before home games. The reason for this is simple, and based on the motto of his tailgate club – “Family, Friends, Football, Food & Fun”.

Chief’s fans enjoy a massive area to host their tailgate parties – a car park with 26,000 spaces! Not only do the fans at Arrowhead Stadium turn out in their thousands, but often pay the costly sum of $90 for overnight parking prior to the game, ensuring very high spirits as kick-off time approaches! Kansas is famous for unique BBQ recipes and Chiefs fans have positioned themselves as one of the most generous fan groups, insisting that fellow supporters sample the unique recipes being showcased.

(The festivities continue inside the stadium, with each of the 79,451 seats coming complete with a cup holder designed to hold an ice-cold beer.) 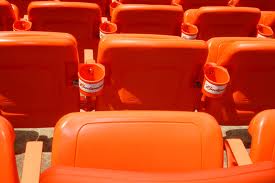 The seating at Arrowhead Stadium – complete with beer cup holder

Revellers at Mile High Stadium already have the reputation of being the nicest fans in the league. In the case of Super Bowl contenders the Denver Broncos, the club itself are also doing their bit to build pre-game atmosphere. At each home game, the Broncos provide the ‘Mile High Mountain Village’, which is free and open to all fans with a game ticket. The club lays on plenty of entertainment, with flat-screen TVs, food, beer and cheerleaders all on hand to generate the famous Mile High atmosphere. All this before ‘Thunder’ the Bronco makes an appearance: it certainly leads to a championship-winning experience. 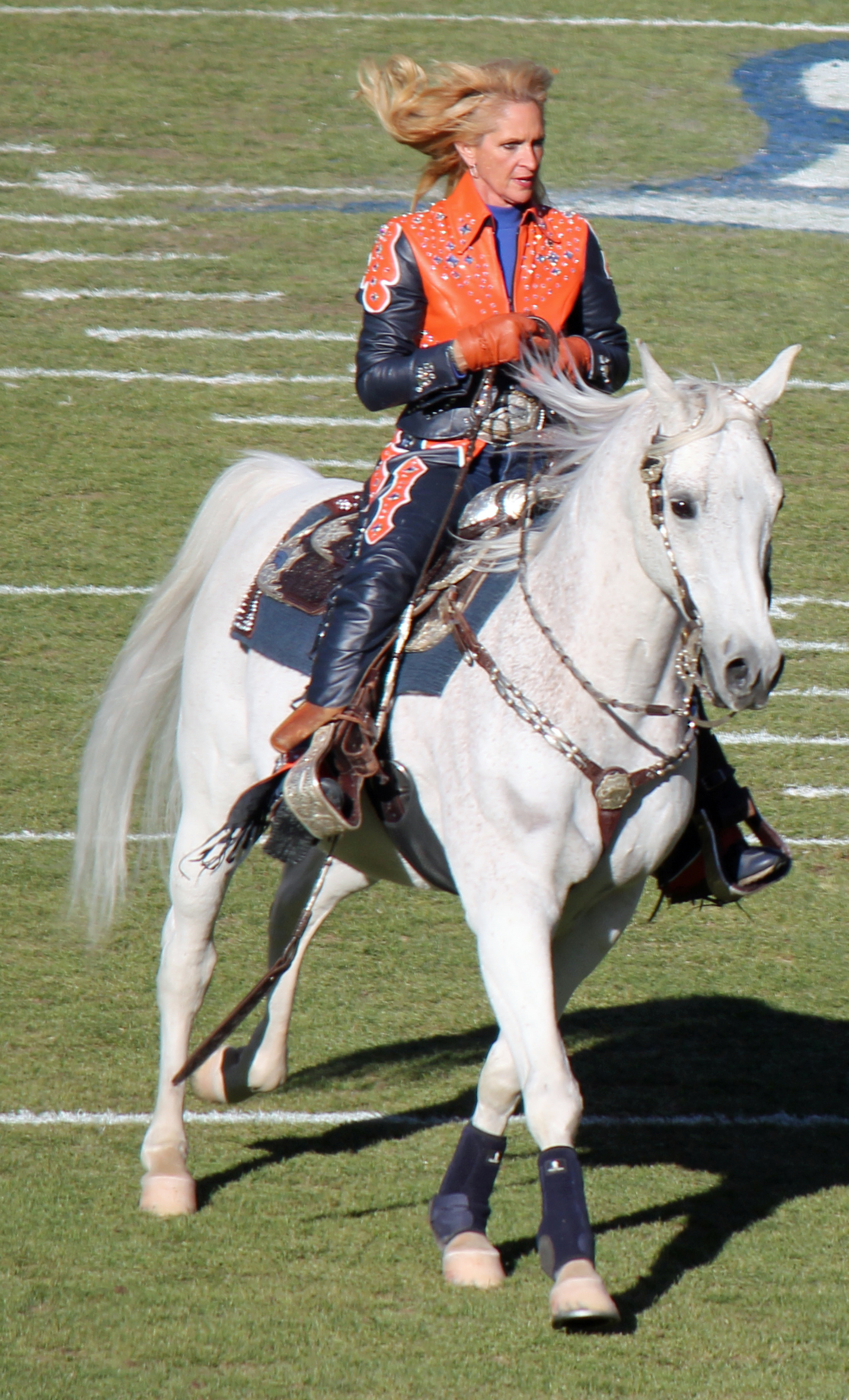 Super Bowl 48 looks set to be a classic with an epic battle between the Denver Broncos (#1 offensive team) and the Seattle Seahawks (#1 defensive team). A battle of the old head versus the young gun sees future Hall of Fame Quarterback Peyton Manning go head to head with Russell Wilson, two men charged with leading their teams to the ultimate achievement in the sport of American Football, winning the Vince Lombardi trophy.

In a true American fashion, the event is surrounded with a certain amount of glamour and razzle dazzle. Prior to the game, Opera singer Renee Fleming will perform the American national anthem which will precede a military flyover by F-16 fighter jets and thousands of dollars worth of fireworks. At half time, an extended interval will see Grammy award winning artist Bruno Mars joined by Rock and Roll greats ‘The Red Hot Chili Peppers’ to entertain the 82,566 people inside the stadium and millions at home. With an 11.30pm kick-off time in the UK, British fans will certainly need a few strong coffees to see the winning team crowned but if the build up is anything to go by, the game should be a cracker!