Car adverts drive on to the Super Bowl screen 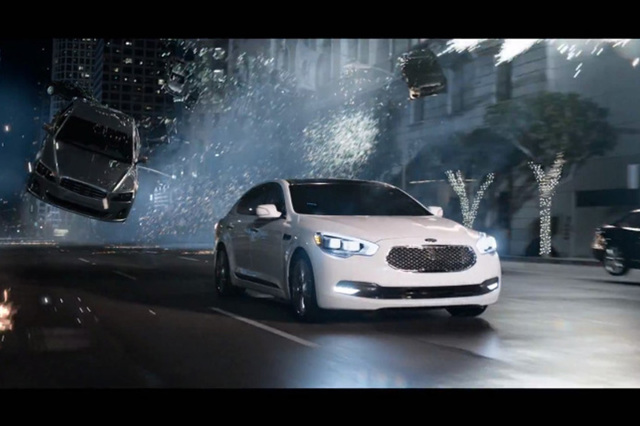 As the Denver Broncos got ready to face off against the Seattle Seahawks in the Super Bowl at the weekend, many of the world's biggest car brands prepared for a different sort of competition.

It costs an estimated $4 million for 30 seconds of Super Bowl airtime, and that doesn’t include the often high production costs – clearly, there is a great deal riding on these ads.

Amongst the car manufacturers with adverts shown during the Super Bowl were Chevrolet, Hyundai, Kia, Toyota and Volkswagen. Let's take a look at their efforts.

Chevrolet created two very different, but very striking, adverts for the Silverado truck. The first ad featured a stud bull finding romance in a field full of cows: the tongue-in-cheek ad, narrated by John Cusack, featured You Sexy Thing by Hot Chocolate as its soundtrack.

The second ad, entitled Life, focused on the journey being undertaken by a couple as they deal with cancer. It was commissioned to mark World Cancer Day and celebrated the survivors of the disease.

During the Super Bowl, 700,000 ‘Shazams’ were made using the audio recognition app – the ad with the most Shazams was Chevrolet’s, beating Jaguar, Bank of America and Bud Light.

The Genesis ad showcases the vehicle's automatic braking system as it prevents a teenager from crashing.

The Kia advert encourages viewers to consider luxury from the manufacturer's perspective. It stars Laurence Fishburne in the Morpheus role he made famous in The Matrix - we're even treated to him lip-synching Nessun Dorma from the opera Turandot.

The Toyota ad features the Muppets rock band being picked up by Terry Crews (of Expendables and NFL fame) after he sees their bus broken down on the side of the road. Inevitably, Crews gets sucked into the Muppets' manic caper.

The Volkswagen ad taps into the idea that the manufacturer has more 100,000-mile cars on the road than anybody else. It references It's a Wonderful Life when a dad asks his daughter, "What if I told you every time a Volkswagen hits 100,000 miles, a German engineer gets his wings?" – cue delightful flying engineers.

Do you have a favourite? Let us know below, or on Twitter.