Rain or shine, you’ll be ready to Roc, in Volkswagen’s SUV crossover. 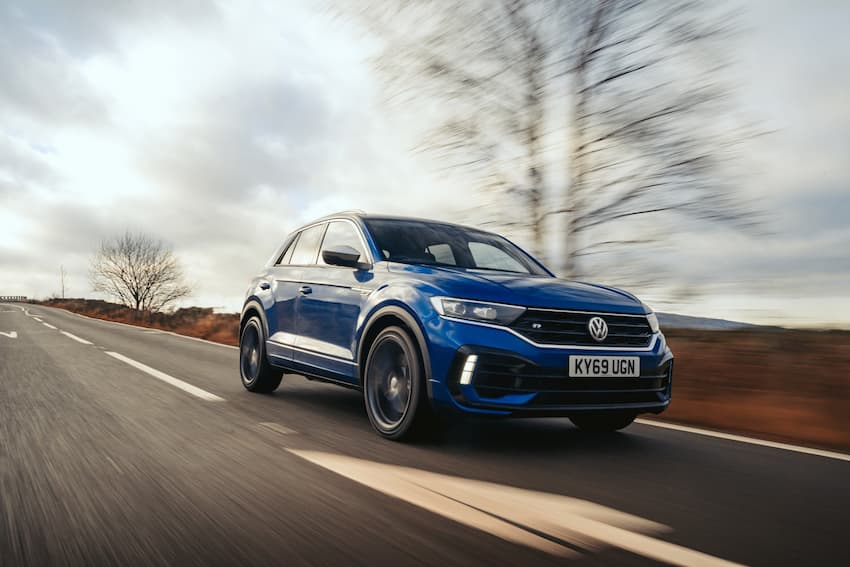 To use a football simile, the T-Roc’s appeal is like the tried-and-tested 4-4-2 formation; each role and purpose is understood, there are no ambiguities, and it’s not necessarily interested in promoting flair, focused more on producing quantifiable results.

There is still, however, room for artistic expression, evinced by the T-Roc's smart outer aesthetic, with winged grille across the front bumper and lovely chrome touches around the front vents, as well as really cool colour-contrasting wing mirrors and vehicle roof.

There are 17-inch alloy wheels from the SE level above, while streaking a path forward (as standard) in darker driving conditions, are halogen clear headlights with range control from your infotainment system (more on that later) and separate LED daytime running lights. Meanwhile, the lighting of the number plates gets the same LED treatment, as standard (that is to say, from the entry-level S trim) making the car look not just like a steady crossover but one projecting a real image of confidence. 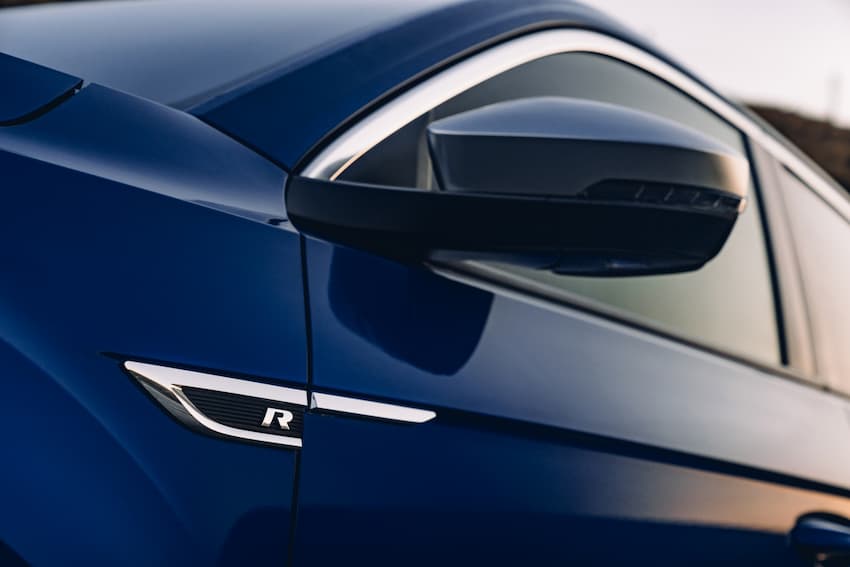 To say the T-Roc is a 5-seater SUV is slightly generous; 4-and-a-half seater crossover would be more accurate, with a tight squeeze to get a six-foot adult in between two rear adult passengers on the flanks, but as experience goes, whoever is sat in the rear of the car will get to enjoy aerial views, and natural light, beaming in through the T-Roc’s panoramic sunroof, available in the range-topping SE L trim. And if travelling with just two rear passengers, some added convenience can be found in the folding middle seat, which while revealing a ski hatch, has a firmly-holding cup holder for warm drinks on cold days, or vice versa.

Meanwhile, at the rear, boot size is sensible if not outstanding in the T-Roc, with up to 445 litres of room, but a boot that's fit for multi-purpose storage and transit, while not being cavernous, means there is less infringement on the rear passenger area and footwells. 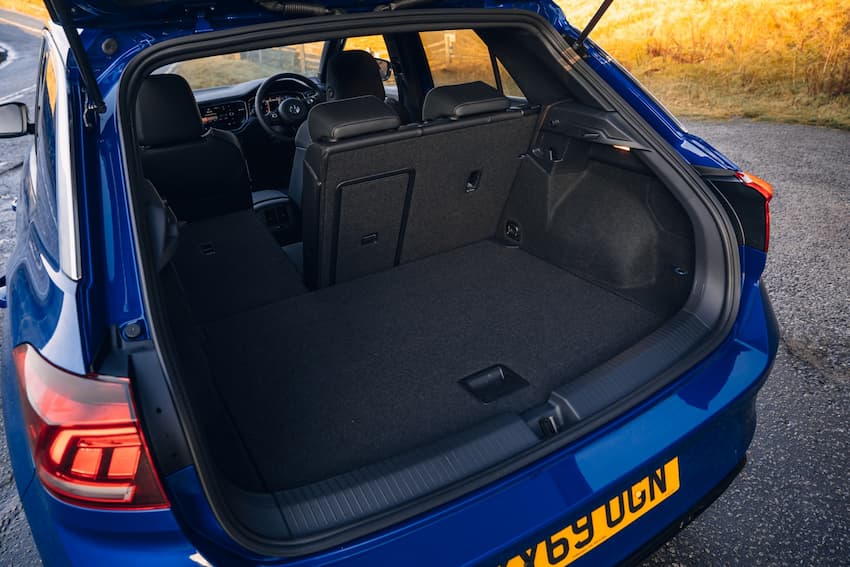 What’s going on up front?

While the dash and surface layout around the gears and instruments has a safe and minimalist, almost frugal look to it, the driver and passenger experience is warmed by an excellent digital instrument display, and to the driver’s left, an 8-inch Composition Media touchscreen infotainment system, nestled neatly in the central area and with a crystal-clear high-definition screen, featuring Bluetooth connectivity and App-Connect smartphone mirroring technology, which allows connection to Apple CarPlay and Android Auto. In the T-Roc’s S trim, adding App-Connect tech will cost an additional £170.

A range of safety measures features across the T-Roc range. You’ll find, as standard, a host of reassuring functions: front and side airbags, autonomous emergency braking, post-collision braking, as well as pedestrian detection sensors. There are lots of options you can add to the T-Roc’s safety arsenal, and with the crossover achieving a 5-star Euro NCAP safety rating when tested back in 2017, you can rest assured its safety credentials are stronger than just words on a page. 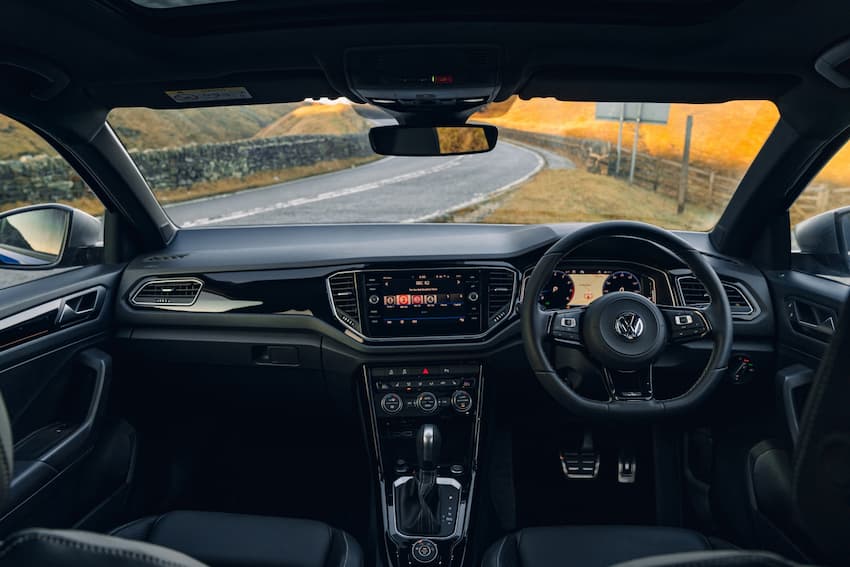 For urban driving (and 80% of UK drivers journey 20 miles or less on a single trip, so this could well apply to you) the 115bhp, 1.0-litre petrol option will suit just fine. If you want to pull away on faster stretches of road, then it will go from 0-62 mph in 10.1 seconds, and can achieve, despite a perhaps ambitious stated economy of 55mpg, around 45mpg in real-world driving.

Elsewhere, there is a 1.5-litre, 150bhp petrol option, which shaves almost two seconds off the 0-62 mph acceleration, to 8.4 seconds.

As well as these, there are two diesel options, 1.6- and 2.0-litre respectively, with the former the most economical of all the T-Rocs; manual, front-wheel drive, with 115mpg, and offering easily north of 50mpg fuel economy in everyday driving conditions. 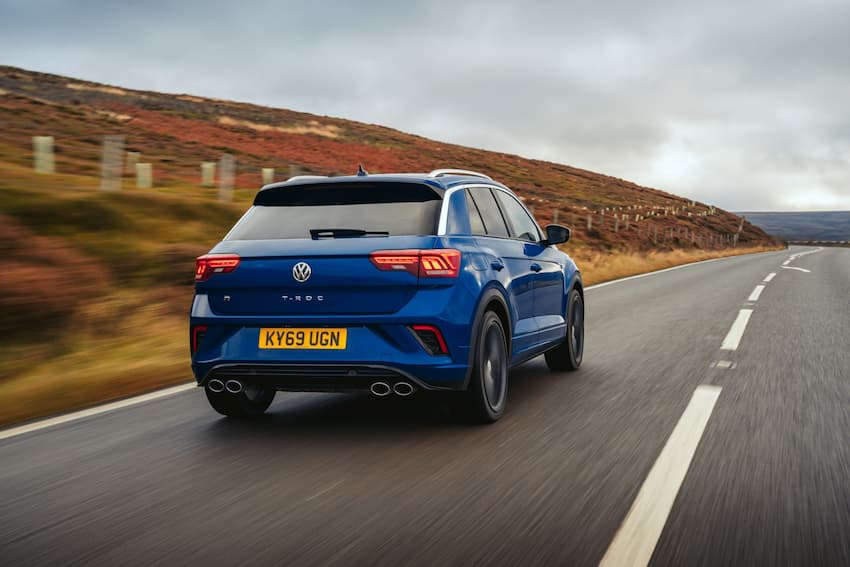 Finally there is a 190bhp petrol option, which will zoom from 0-62 mph in 7.6 seconds, and comes in an automatic shift, with dual switch gearbox (DSG) meaning two clutches are working up and down simultaneously, smoothening your drive, particularly on longer journeys.

The T-Roc features an eight-strong palette, from business-like Pearl Black and Indium Grey to bright, breezy options such as Turmeric Yellow and Flash Blue, meaning there should be the perfect pantone for every T-Roc driver’s taste. 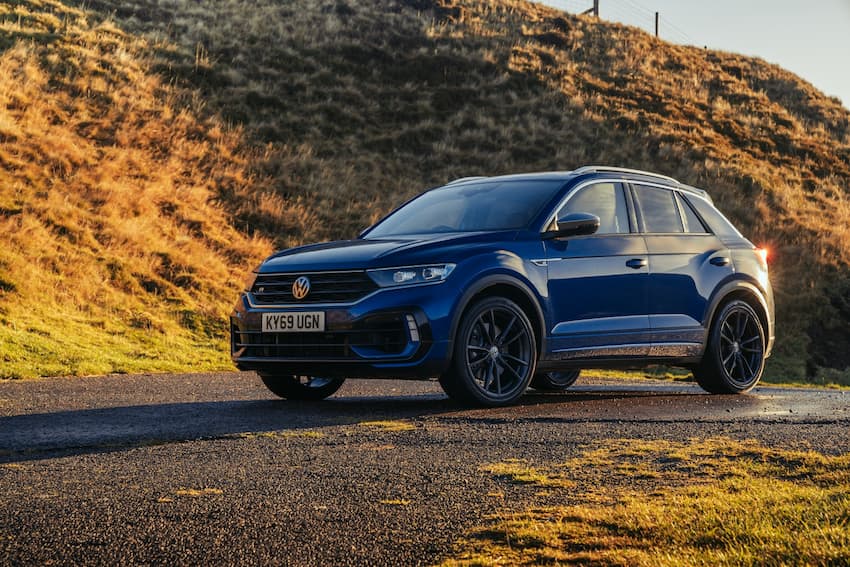