The Magic Tree air freshener: where it came from, and why it’s so successful

The Magic Tree car air freshener – now more commonly known as the LITTLE TREES air freshener – has become a motoring icon. Invented in 1952, there are now over 60 different varieties available. 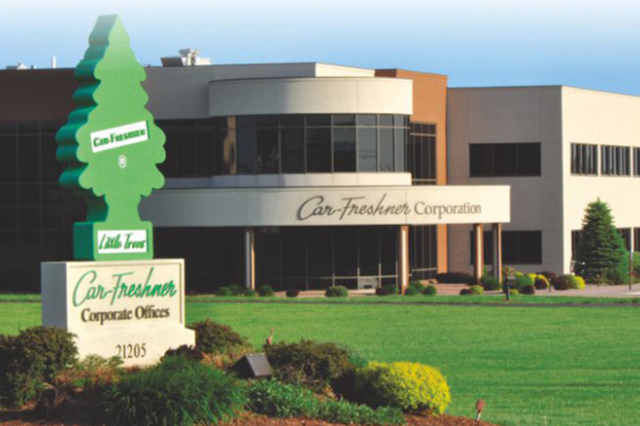 2013 was a record year for LITTLE TREES: The company offers over 50 different fragrances around the world.

We spoke to Stuart Watson, Sales and Marketing Director for Little Trees Europe, to ask him about where the Little Trees air freshener originated from – and to get an insight into how and why they became so successful, having been sold in their same form for over six decades.

Canadian-born chemist Julius Sämann invented the Little Trees air freshener in 1952 in a small city called Watertown in Northern New York State. The idea came about when a milk truck driver complained to him about the smell of spilled milk.

The idea came about when a milk truck driver complained to him about the smell of spilled milk.

Tapping into his experience extracting essential oils from Canada’s evergreen trees, Sämann designed a very effective air freshener specifically for the car. Two years later, in 1954, Sämann filed a patent for paper impregnated with “odor-destroying, air-perfuming substances,” a cellophane wrapper and a string to hang it on. He gave the product the distinctive tree shape and developed its fragrances.

The tree design was inspired by the time the inventor, Julius Sämann, spent in the forests of Canada, extracting essential oils.

Through his hard work, the product was soon a major success in the United States, and he started exporting it around the world.

We asked Watson what he feels the key to the Little Trees air freshener success is, and he told us that it's most certainly their "unflinching dedication to quality,” going on to say: “The product may look simple, but everything from the proprietary fragrances to the special pouch that seals in fragrance is subject to our rigorous quality assurance testing.” 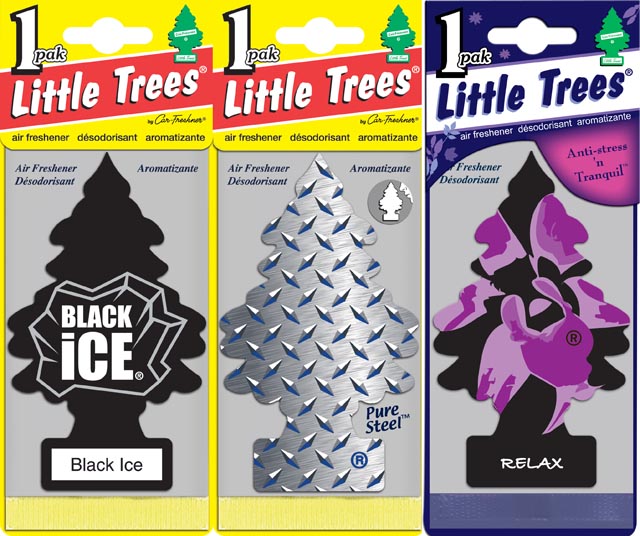 50 fragrances around the world

The air fresheners are available around the world, from the beaches of Spain and Australia, to the taxis of New York and Rio de Janeiro. In the UK, previously they have been known as Magic Trees, and in parts of Europe it’s known as WUNDER-BAUM (Germany, Poland, Sweden, Norway, Finland) and ARBRE MAGIQUE (France, Spain, Italy), but the iconic tree shape and quality remain consistent.

The company offers over 50 different fragrances around the world. In many countries (including the UK), the most popular fragrance is Black Ice (a strong, masculine cologne-style fragrance), followed closely by New Car Scent (a fragrance that conjures up that familiar aroma of the interior of a new car created by a combination of materials) and Vanillaroma (a rich, sweet vanilla fragrance). Vanillaroma is still the most popular in some European markets.

Watson told us how Little Trees are constantly developing new fragrances to meet consumer needs – Relax and Pure Steel are two particularly popular new options, with “striking designs” designed to “appeal to consumers who need their car air freshener to look eye-catching as well as perform to the high standards expected of a LITTLE TREE air freshener.”

As for the fragrances – the inspiration comes quite simply from “everything around us,” according to Watson. “We work very hard to try to stay on top of trends,” said Watson. “For example, as we’ve seen continued growth in the masculine fragrance category (led by things like our own Black Ice Tree), we decided to develop Pure Steel, a totally new take on the category with a sophisticated fragrance and a striking diamond plate design.”

So what exactly are Little Trees air fresheners made of?

Watson remained tight-lipped, comparing the secrecy around the composition of the air fresheners to the recipe for Coca Cola. “The makeup of the Little Trees air fresheners is a closely guarded secret,” he said, assuring us that “…all the components of course are of the highest quality to ensure performance and safety.”

2013 was a record year for Little Trees

Watson attributes this to the “continued effectiveness, quality, and value of our products.” Clearly, the popularity of car air fresheners is showing no sign of diminishing any time soon – though improved and more efficient air conditioning systems, and even built-in air fresheners in some cars, are likely to prompt Little Trees to continue to innovate.

Having sold billions of Trees worldwide, and with sales in the UK currently flourishing, it certainly looks as though they are well-equipped to rise to the challenge.

AutopartsUK.com sells car parts and accessories, including Little Trees, and is part of the Arnold Clark group. It has 13 sites across the UK, including our 70,000 sq. ft. distribution warehouse in Glasgow – home to 60,000 parts and 106 staff.