We speak to the Scotland manager about the European Championships, who will win the World Cup, and cars that can make tea. 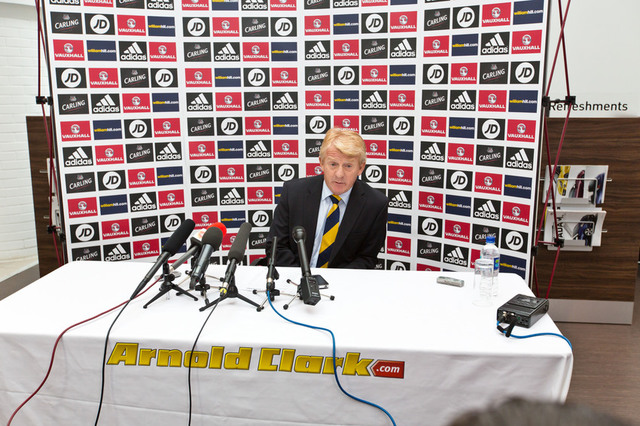 The Scotland national team has recently been rejuvenated, following the managerial appointment of international hall-of-famer, Gordon Strachan. With 4 wins in their last 5 matches, Scotland approaches the new European Championship qualifiers with a renewed hope of potentially reaching their first major tournament in two decades.

"Dream car? One that pours tea and can pick winning teams for me." Strachan

We caught up with the gaffer for what was hopefully going to be more than just "a quick word".

Do you feel being placed in Pot 4 for the European Championship qualifiers is a fair reflection on the ability of the current squad?

It doesn’t matter what I think: that’s the way the draws are made and I suppose any nation that hasn’t qualified for a major finals for a while can’t really complain about being in a lower pot. That said, I have seen some anomalies in my time here. Belgium were Pot 3 in our World Cup qualifiers and, very early on in that campaign, became one of the best teams in the world. Wales were in Pot 6 and had an £80m player in Gareth Bale. I believe we have the potential to be that dark horse this time around.

Now that the European Championships have been expanded to include more teams, you must be very confident that you can qualify for 2016, going by your recent results?

We need to keep improving. That’s the only way to qualify for a major tournament, regardless of how many teams are in it. Of course it helps but, as I said earlier we can’t use Pot seedings, number of teams or the axis of the Earth to the sun: in order to be a top nation, i.e. one that qualifies regularly for tournaments, we have to work, train and perform like one on a consistent basis.

Who do you think will win the World Cup?

I am a huge admirer of German football: the way their clubs play, especially Bayern Munich, and the way the national team plays with that balance of skill, sheer physicality and prodigious work ethic. It certainly makes them one of the favourites.

Brazil will fancy their chances, being the host nation, and traditionally European teams don’t perform overly well in South America. It would be naïve to write-off Spain, though, as holders. 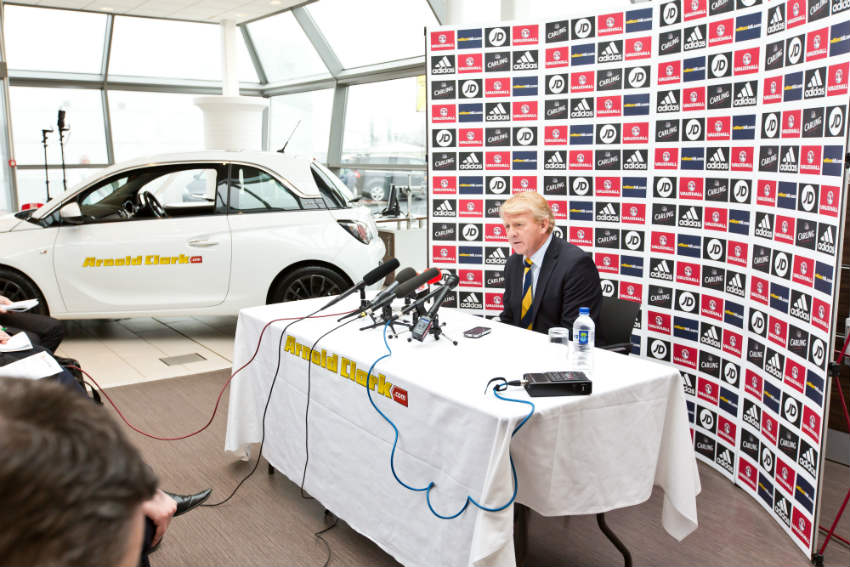 Who is your footballing idol?

My father was a Hibernian fan and I grew up watching the Famous Five at Easter Road. I treasure those early memories watching Lawrie Reilly, Gordon Smith, Bobby Johnstone, Eddie Turnbull and Willie Ormond. Lawrie was a particular favourite of my father’s and he left us with some great memories last year. He scored five times against England but, even though I met him so many times, he never mentioned that once. He was such a modest, humble man.

What was your first car?

My first car was a Vauxhall Viva and it was the best thing ever to get my kids to sleep.

What is your dream car?

One that pours tea and can pick winning teams for me.

Do you have a message for Sir Arnold on the 60th Anniversary of Arnold Clark?

Congratulations from me and everyone at the Scottish Football Association on your 60th anniversary, Arnold Clark. A fantastic achievement, and long may your good work continue.

Vauxhall is the official sponsor of each of the four national football teams. Visit the Vauxhall Football website for more information, and find your local Arnold Clark Vauxhall dealership by clicking below.