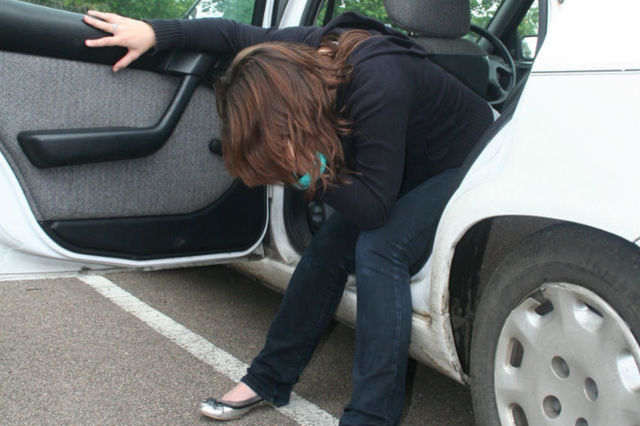 Travel sickness – or motion sickness, or kinetosis – is one of the most common ailments associated with travel. While anyone is susceptible to it, car sickness tends to be more common amongst children, and (interestingly) seems to affect women more than men.

Kinetosis occurs when the balance systems of your inner ear conflict with what you see in the world around you. For example, a bumpy car journey involves seeing the stationary interior of the car at the same time as feeling like you’re moving around. Or, when you can SEE motion but can’t actually feel it. So, because your body thinks you might be hallucinating, it assumes you have been poisoned. And so makes you throw up. That’s one theory, anyway.

Journeys by car, plane, boat or other modes of transportation can cause you to feel nauseous, and can also cause headaches, shivering, sweating, fatigue and dizziness. Ever tried to read a map in a car and felt sick? Yeah – that’s kinetosis.

It can even be brought on by anxiety and strong smells (like petrol). Some people just need to look at a plane or boat to feel a bit sick!

If you suffer from motion sickness and are dreading the next long car journey you need to take, there are loads of over-the-counter treatments (medicines and natural remedies) you can buy – usually containing antihistamines, which stop vomiting but can cause drowsiness, or hyoscine hydrobromide – as well as special acupressure bands, which apply pressure to the points that apparently stop nausea.

You could also try going to sleep, looking out the window or wearing a Travel Visor – but we wanted to examine the more obscure ways to combat motion sickness.

As advice suggests avoiding heavy food and drinks, you could perhaps nibble on some roasted pumpkin seeds. The internet (ah, so reliable) recommends these as a motion sickness cure – and also a great way to lower cholesterol, fight arthritis and help you get a good night’s sleep.

Cath on the Sheffield forum:

“When I was a kid we had a bit of metal tied to the rear bumper and just touching the ground. This must've been an old wives tale musn't it?”

Who starts this stuff? Someone once said to someone at some point that sitting on brown paper or newspaper would alleviate the feelings of motion sickness – something to do with the smell. Having no basis in science – and even being rather light on anecdotal evidence – this one is probably not worth a try.

It’s thought that most people grow out of it, and the NHS reports that it becomes less common after the age of 12. However, sources suggest that the elderly (as well as women, particularly pregnant women) are the most susceptible to motion sickness. So that’s not ideal really.

Nausea actually means “seasickness”. Naus is the Greek for ship.

Looking out of the window can help with car sickness (because your eyes and your inner ear can then both determine movement, thus resolving the vision/balance conflict) – so nice high seats and large windows may be the answer. MPVs like the Peugeot 2008 and Citroen C3 Picasso may provide the elevation you require.

Of course, most people claim to be completely free of sickness when they are actually driving a vehicle – so you could buy whatever car you like as long as you are unlikely to be a passenger in it. (And, if you are a passenger, try sitting in the front).

6. Dab cold water behind your ears before travelling

Um. Maybe not. But getting fresh air should help.

Someone called Sally has an interesting theory.

"Whether it is based in scientific fact or otherwise, I’m hear [sic] to tell you that it works. As I single-handedly ruined every car journey we ever made, my parents are ever in the debt of the distat [sic] relation we stayed with once who handed me a bag of apple slices as we set off from her house and told me to nibble on them to stop me feeling sick. Placebo or not, I have no idea, but it worked, so it has to come top of the list."

It’s quite commonly accepted that eating or drinking some form of ginger can help with motion sickness – it was used in ancient Chinese pharmacopeia, and has been found to be more effective than a placebo in some trials.

Ginger biscuits appear to be a popular choice – raw ginger is a bit much for most people – but you could also try ginger ale, root ginger tablets or even a cheeky Whisky Macdonald cocktail.*

* It seems very unlikely that alcohol will help you… and, obviously, don't try this if you are actually driving.

Remember: try to avoid reading or concentrating too hard on a game or phone while sitting in a car. A good old in-built Sat Nav or infotainment system can help – making the car do the hard work of navigating or reading out your texts.

And, if you want a car that allows you to look out to the horizon and take your mind off the nausea... try a car with a panoramic windscreen.

Search all cars with panoramic windscreens