The UK could be a world leader in driverless cars. So what’s stopping us?

Work has begun to make the UK ready for autonomous vehicles. We look at the hurdles that are still to be overcome. 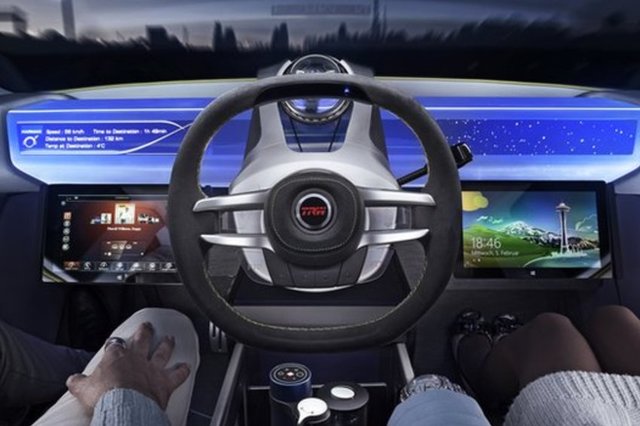 Will you be letting your car drive you places? Let us know on Twitter

At some point this year, a review will be conducted to ensure that the required legislation is in place to allow driverless vehicles access to our roads. The UK government has offered a £10 million prize for a town or city to join Milton Keynes and develop itself as a testing ground for autonomous vehicles, as it seeks to make the UK a world leader in this revolutionary technology.

In the chancellor’s National Infrastructure Plan, the government announced its plans to “demonstrate to the world’s car companies” that the UK is “the right place” to develop driverless cars.

According to the BBC, by mid-2017 it is hoped that 100 driverless pods will be cruising along the paths of Milton Keynes, avoiding pedestrians by using special sensors. Self-driving vehicles, with a maximum speed set at 12mph, could allow passengers to check emails or read newspapers while travelling to their destination. It is thought that such technology will be a greener alternative to current vehicles, will reduce congestion, and will rapidly decrease the number of car-related accidents.

If successful, the scheme could be extended to other towns and cities across the UK.

However, despite the attempts made to introduce autonomous vehicles to the roads of Britain, there are some factors preventing this from happening.

One of the main issues surrounding the concept of autonomous vehicles is the question of whether humans can react to different and unusual driving situations more effectively than a computer. With obstacles such as drunk drivers, unpredictable pedestrians and bizarre weather, the roads provide a complex and erratic environment in which drivers are forced to use intuition and quick-thinking on a regular basis. The problem facing driverless car technology is: what’s the likelihood that every single possible occurrence can be pre-determined and accounted for?

And who will be blamed in cases of collisions and accidents? Several car manufacturers are already working on a legal framework to overcome the uncertainty regarding driver responsibility.

The possibility of hackers gaining access to a car’s technology is a terrifying thought, but one that must also be considered.

The technology is already here – the challenge is legislation
Real life cases already exist where hackers have been able to gain access and take control of the vehicle. Autonomous vehicles run the risk of becoming the target of corruption and cyber-attack.

However, this has been addressed by Volvo’s vice president of product planning, Toscan Bennett – he argues that overcoming the possibility of hacking is a very realistic and achievable challenge. He argues that “millions of people fly and travel on autonomous trains every day without giving it a second thought,” and so believes this will also be the case with driverless vehicles.

People in some countries may never get to experience this breakthrough technology – because the concept is actually illegal. The Vienna Convention on Road Traffic (1968) states that “Every driver shall at all times be able to control his vehicle” – and changing these laws will prove to be an extremely time-consuming and taxing undertaking. Although the UK has signed this convention, it has not yet been gratified.

The House of Parliament PostNote on autonomous road vehicles says: “When testing prototypes of autonomous vehicles, a human is always present in the driving seat in order to take over in case of fault, so the systems remain in compliance. If the driver is engaged with other tasks, then handover of control is not instantaneous and this would not comply with the convention.” So the dream of reading a newspaper while your car takes you to work may never become a reality.

“The technology is already here – the challenge is legislation,” declared Bennett. “If there is a legal framework for it, the liability will fall into place.”

How much it will cost to actually purchase a driverless vehicle is unknown, but it has been confirmed that they will be more expensive than our current vehicles. Because each car will need a variety of specialised equipment, initial costs are predicted to be extremely high. However, it is likely the price will reduce with the onset of mass production – if the concept takes off.

According to a report carried out by the Transport Policy Institute, autonomous vehicles abroad will also face high initial costs. “Manufacturers will need to recover costs of development, ongoing service (special mapping and software upgrades) and liability, plus earn profits. This suggests that when the technology is mature, self-driving capability will probably add several thousand dollars to vehicle purchase prices, plus a few hundred dollars in annual maintenance and service costs, increasing annualized costs $1,000 to $3,000 per vehicle.”

To ensure autonomous vehicles operate within Health & Safety regulations, vigorous testing is being carried out. The Department of Transport has unveiled a blueprint showcasing the £28bn investment in British roads, which will aim to minimize congestion. In addition to this, funds will have to be spent to ensure all road maintenance is carried out to a superior standard – and there will be steep costs incurred throughout each stage of the testing process.

But what do you think? Is a nation of driverless vehicles just round the corner, or are the hurdles too high to overcome? Would you like it, or does the idea make you nervous? Let us know on Twitter.