Tim Barnes-Clay tests out the all-new Astra at its international media launch. 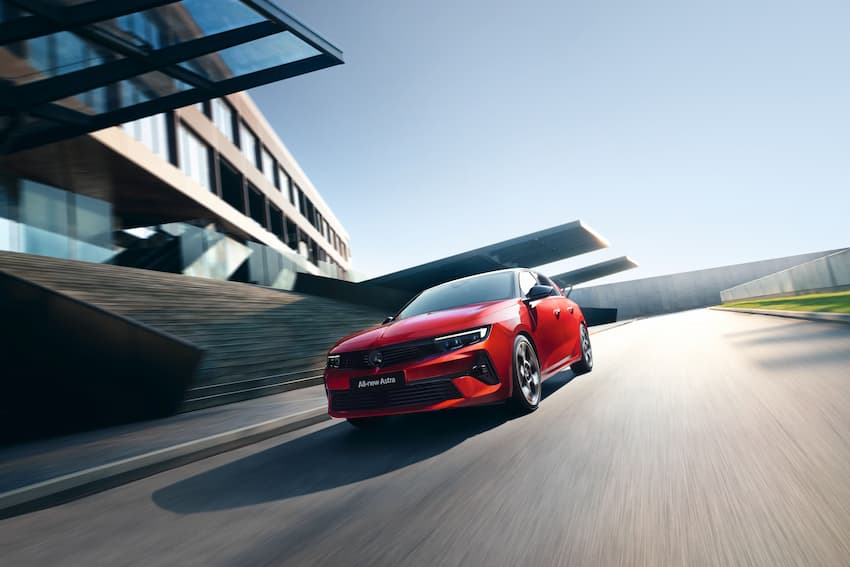 The Vauxhall Astra is a car I've always loved. Indeed, I get defensive when people are unkind about it and call it the Vauxhall "Ashtray" or some other infantile word. Sure, it's not a premium brand car, and it doesn't pretend to be. Instead, it's pure bread and automotive butter material and has been serving families for four decades. And the fact it's been around for 40-odd years demonstrates there's got to be something just a little bit good about the Astra.

I’ve had two Astras over the years – and my mum's had a couple of them. So that means I've regularly driven this model of Vauxhall in a few of its incarnations. All served us well – and they were cheap to buy and run. They also looked pretty good compared with some other hatchbacks. Okay, maybe the Astra wasn't as handsome as the Golf, Escort, or the Focus back in the day. But, it's largely come on in leaps and bounds. And, alright, the outgoing model was a bit bland, but the guys at the Griffin-badged company have more than made up for it with this all-new version. 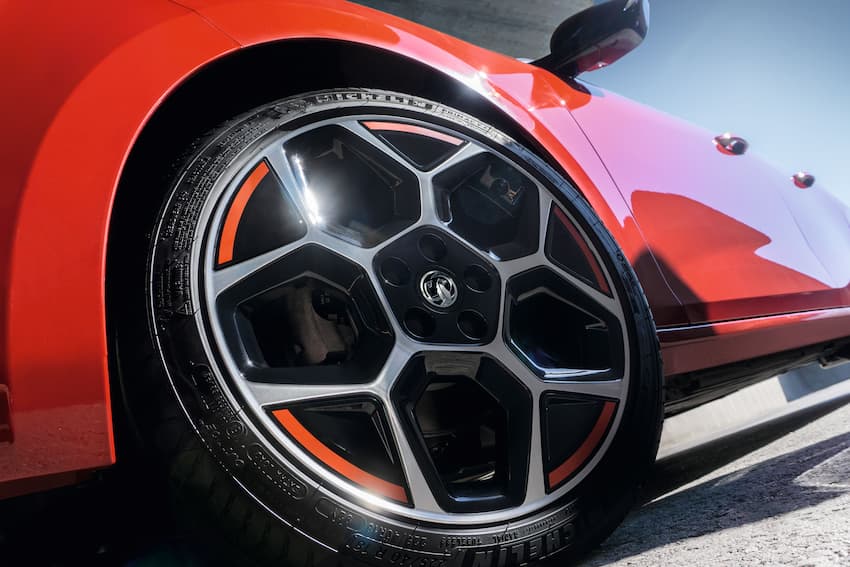 Yep, we are now on to the eighth-generation Astra, and it looks utterly superb. The car is built on the same platform as other Stellantis-produced vehicles (the parent company owns a host of different car brands). In fact, the Astra is almost identical to the new Peugeot 308 in many ways. But Vauxhall (and Opel - the European counterpart to Vauxhall) says it’s tweaked the Astra to give it a distinct non-Peugeot personality.

Hyperbole or not? I couldn’t care less – the new Astra not only looks sharp, but it drives incredibly well, too. The Portuguese roads I tested it on at launch are never the most forgiving, but the Vauxhall (well, the one I tested was Opel-badged) made light work of them. The car soaked up imperfections in the tarmac as though it were blotting paper and the potholes were ink. It also handled corners confidently with barely any lean. 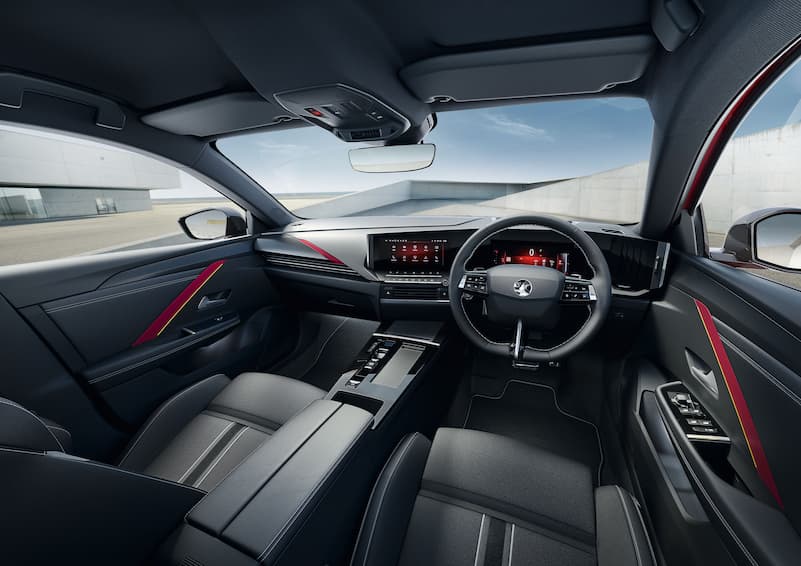 Sure, the hatchback (the estate version – the Sports Tourer is out much later in the year) is no hot-hatch, but it will more than please families who want a no-nonsense, tried and tested mode of transport. I say ‘tried and tested’ because, well, Vauxhall wouldn’t bang out another Astra just for the sake of it without being confident of its abilities. Plus, Peugeot isn’t going to want to ruin its ever-improving image with the very similar 308.

So, what do you get for your hard-earned cash if you go for the all-new Astra then? Well, when it's in showrooms in late May, you'll see that Vauxhall has dumbed the trims right down. You only have a choice of three, making life easy. Then all you have to do is decide if you want petrol, a diesel, or a PHEV (plug-in hybrid electric vehicle).

The simplified grade levels go like this: Design, GS Line and Ultimate. My car was in GS Line turbo-diesel guise and came with a nicely athletic (for a family car that isn't a hot-hatch) edge. The ride was on the firm side without being uncomfortable, the stopping power was admirable, and the seats were all comfy – and very supportive. Indeed, Vauxhall has gone to town by making the chairs ultra-ergonomic and claim they're certified by the German Campaign for Healthier Backs. But what’s Germany got to do with it? Well, the Astra is made there, you see. 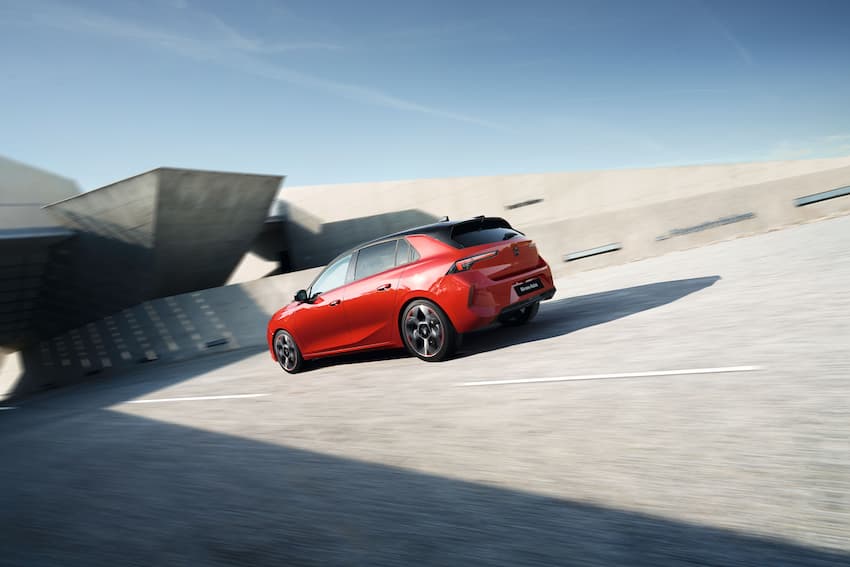 I went all old school and drove the heavy oil burner because, even though people think diesels are the devil, there’s still a market out there for them. Not to state the obvious, Vauxhall does too; otherwise it wouldn't be keeping diesel power in its new line-up. You see, you can still get some low-emission diesels, and the Astra diesel doesn't get any higher than 118g/m CO2, which makes for cheapish motoring.

Moreover, the BIK rate is only 27 per cent if you’re a company car driver. Oh, and insurance for the 1.5 Turbo D 130PS automatic on test here is very reasonable, too. Even though I drove an auto at the Astra’s launch, there is a six-speed manual available as well. Both automatic and stick-shift diesel versions do 0-62mph in 10.6 seconds and have a top speed of 130mph. Okay, the 0-62mph figure doesn't look that fast, but it feels surprisingly nippy in the real world.

Room is good in the front of the new hatchback, but its rear leg space is restricted. This is because the Astra's boot is bigger – and it has eaten into the rear-seat area. No matter, though, as two or three adults will still fit in the back, as headroom is fine. It is just the lack of leg and knee room that might rain on the parade on a long journey. 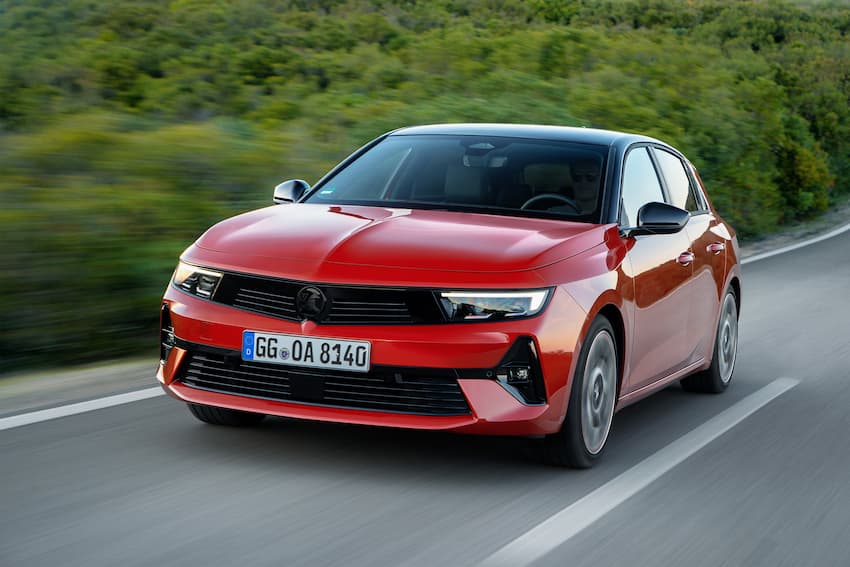 Anyway, back to the boot; the capacity here is very good at 422 litres or 1,339 litres if you kick the passengers out and fold the rear seats.

As for the tech, the cabin houses a space-age Pure Panel Pro cockpit. What's that, then? Well, you get two 10-inch screens – a digital infotainment and an instrument system in one combined unit. The displays are crisp, and the navigation is better than anything seen in an Astra before. Wireless connectivity in the shape of Android Auto and Apple CarPlay is incorporated as standard, as is voice control software. So all you need to do is say "Hey Vauxhall", and the car will respond to a simple given command. For instance, you could ask it to turn the temperature down. 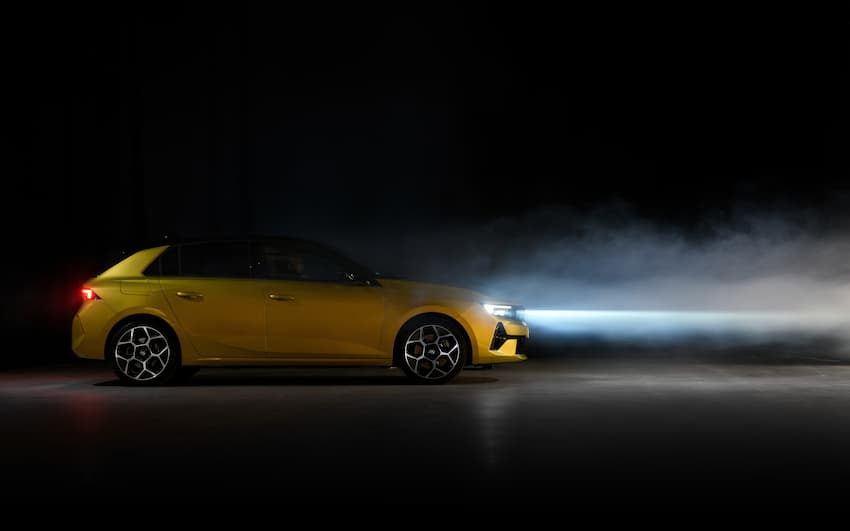 So, I continue to be a fan of the good-old Astra. The new one is sexy – yes, honestly it is – and it's the kind of car that won't have a problem finding a good home. I say that with confidence, and I'll eat my hat if it doesn't prove to be the case. Orders are being taken for the hatchback now, and it'll be in showrooms from late May. If you love the idea of the new Astra, but you need more room, then it could be worth holding on until the bigger Sports Tourer (estate) comes to the UK market in late 2022.

Overall, then, it's brilliant news: the Astra has persistently played catch up with the benchmark rival hatchback, the VW Golf, and we can't forget the Ford Focus, either. Now, the gulf (excuse the pun) between these cars has become a gap – and it’s so narrow you’d be lucky to slide a credit card through it. 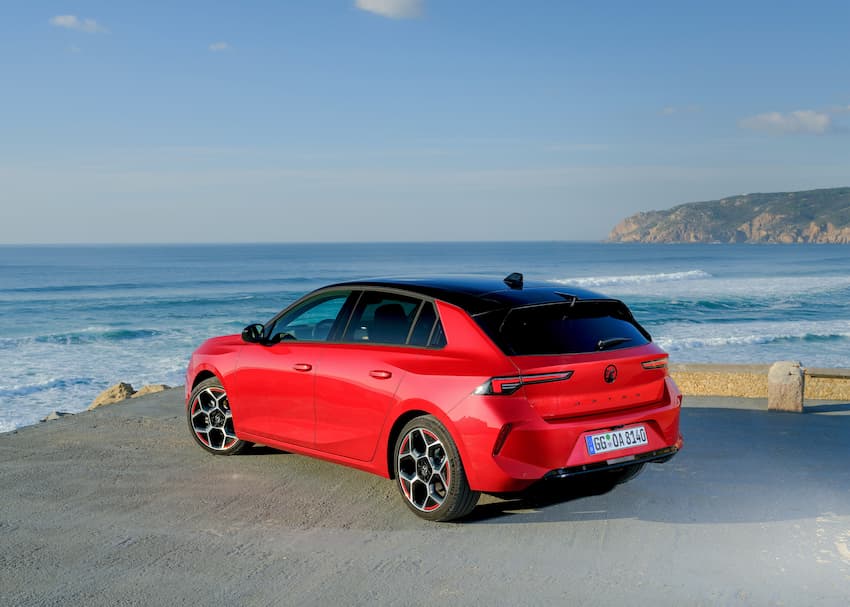