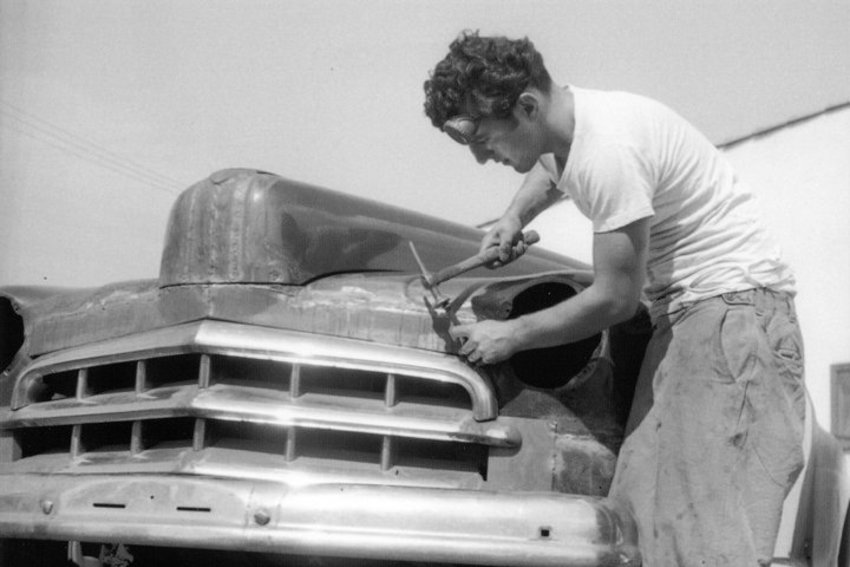 Take a look at these images of original concept design sketches for famous cars, and the end result. It's interesting to see what was kept the same and what was changed for the final movies/TV shows! 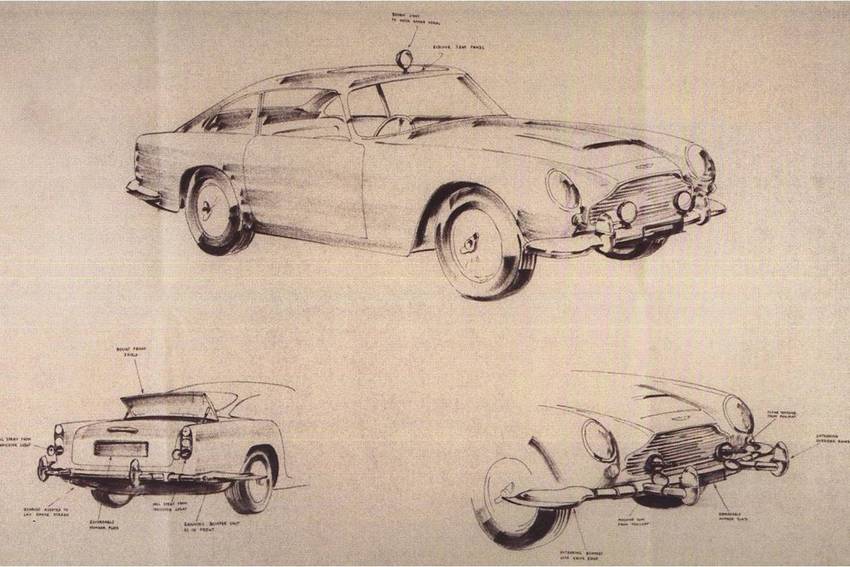 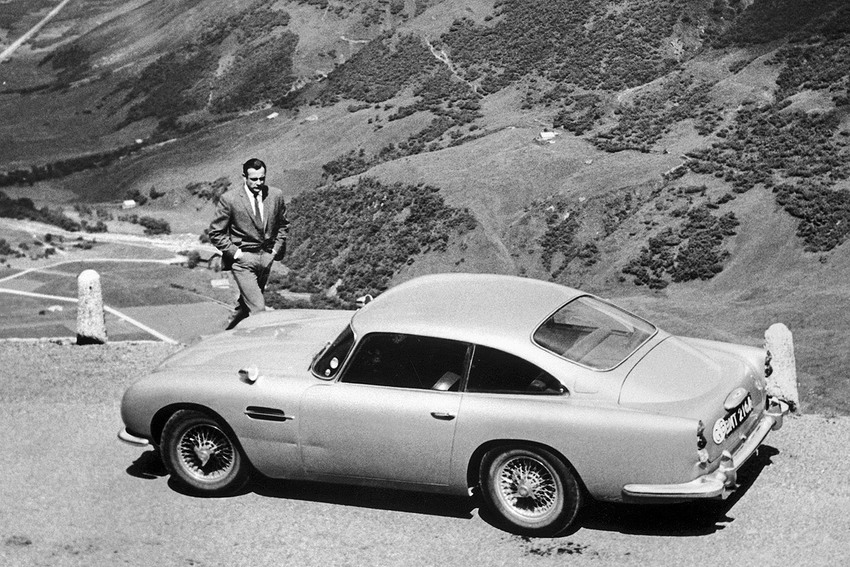 “Be careful, 007, it’s just had a lick of paint,” said Q in the movie. Perhaps you should also be careful with the other additions, Bond, which include machine gun turrets, oil spill tailpipes and of course, the ejector seat!

From Adam’s original sketch, we can see that a couple of design aspects were taken out for the final vehicle, giving it a sleeker, more classic look.

Of the original two that were used in production of the film in the 60s, one just sold at auction for a whopping $4,634,229! We think that’s down to the undeniable cool of this car and its place as one of the most iconic cars in movie history. 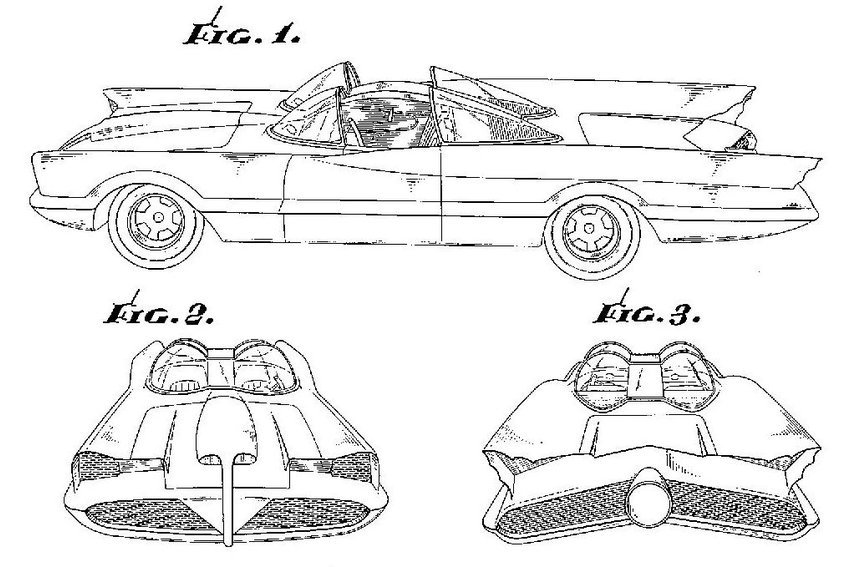 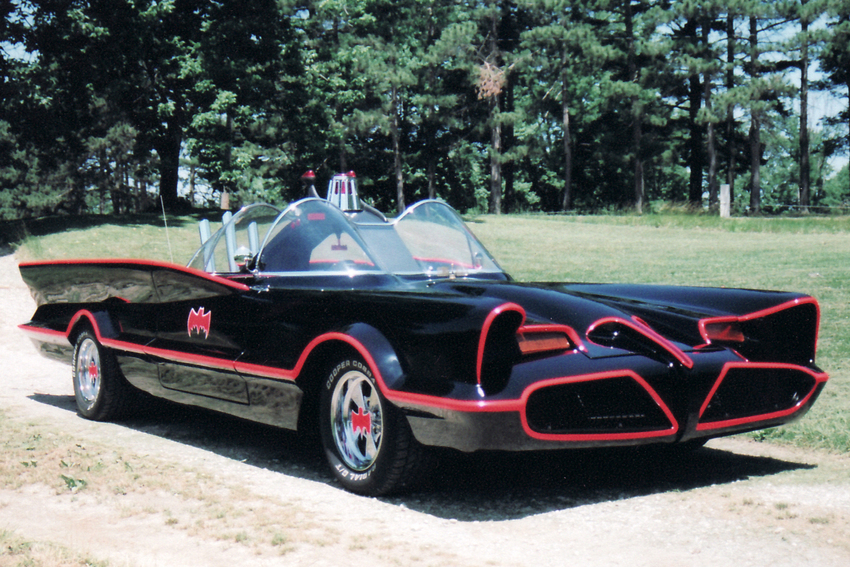 After appearing in numerous comics since 1939, the infamous Batmobile was brought to life in 1966 by custom car guru, George Barris, who had only three weeks and $15,000 to spend. Barris decided to use the Ford Motor Company's abandoned Futura concept car as a basis for what would go on to become one of the most famous cars in the world.

The Futura was a good choice for the Batmobile, as the design included many bat-like features already, such as the long fins and bubble canopies. However, Barris further enhanced the theme by converting the nose into an integrated bat mask, made the fins into bat wings by extending them into the doors and scalloping the trailing edges. These tweaks were further enhanced by the striking red trim, which accompanied the gloss black paint.

From concept to creation, Barris seems to have stuck well to his ideas, as his original drawings look almost identical to the end-result.

Barris must have done something right because that original Batmobile has become an iconic car in movie history, which he sold for $4.62 million at an Arizona car auction last year! 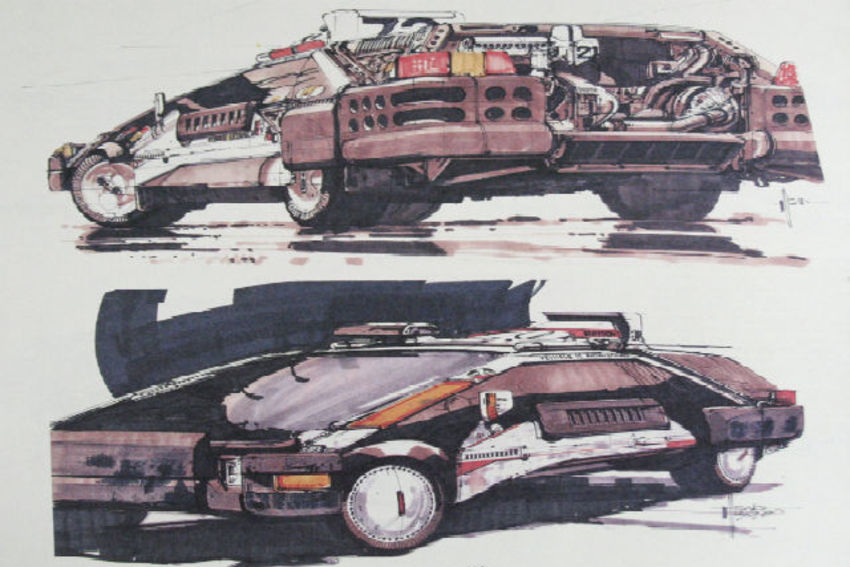 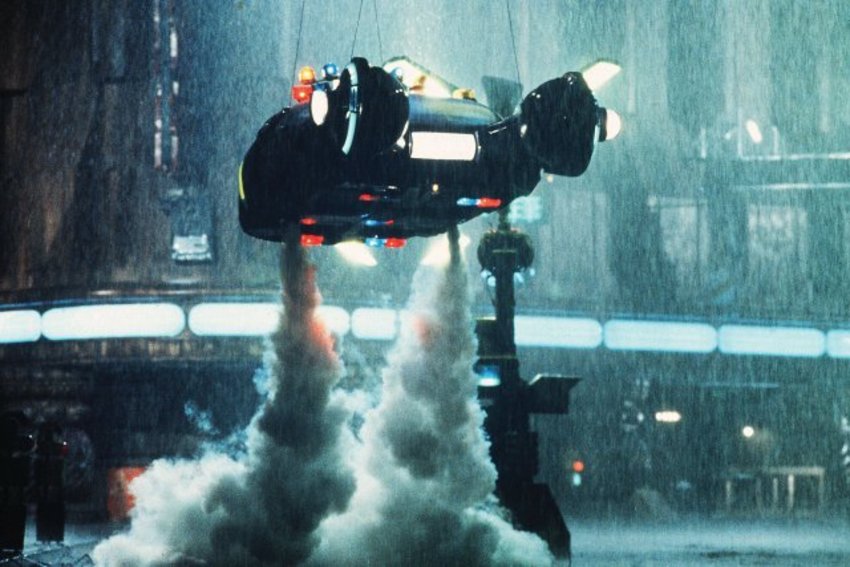 Syd Mead’s designs for the ‘Spinner’ police cars in 1982’s Blade Runner film set the tone for sci-fi films to come; the gritty realism and futuristic design set the standard for flying cars. The design was replicated in The Fifth Element and in the Star Wars prequel trilogy.

Spinner is the manufacturer of the type of Police flying car in Blade Runner that can drive as a ground car, take off vertically, hover and cruise using jet propulsion much like Vertical Take-Off and Landing (VTOL) aircraft today. Police use Spinners extensively in the film to survey the population.

From the original sketches, we can see that the wheels were exaggerated on the final production of the Spinners. 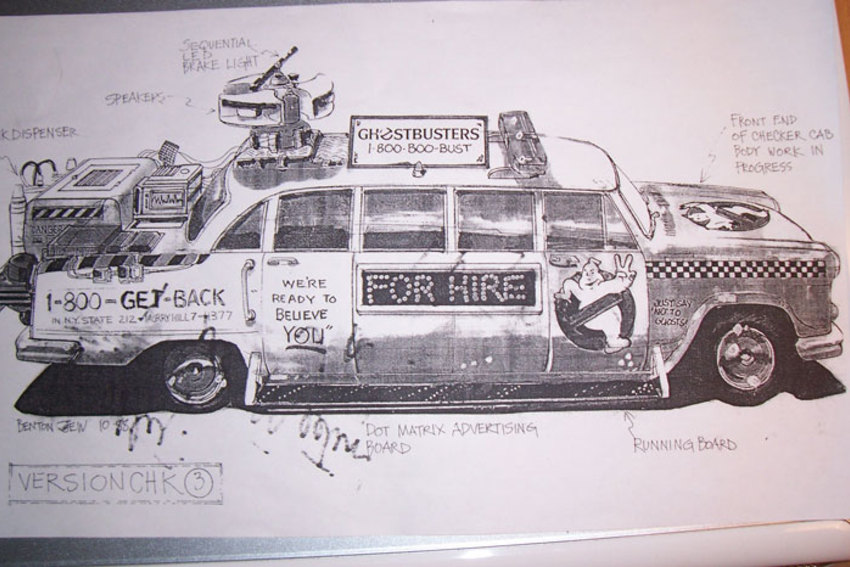 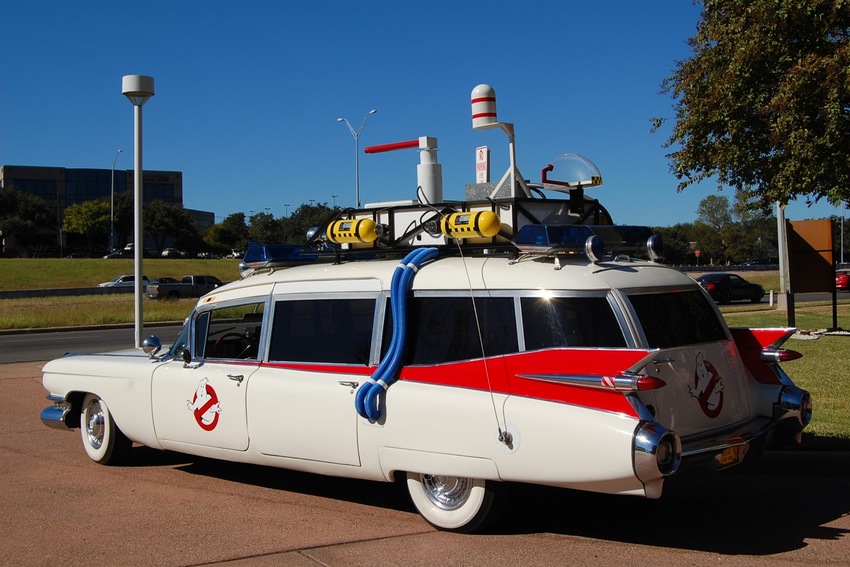 The vehicle that would become ECTO-1 is a 1959 Cadillac modified by the Miller-Meteor Co. into an end-loader ambulance/hearse combination for the 1984 film ‘Ghostbusters’.

The first image here shows Steven Dane’s final working blueprints for the ECTO-1 used in the film. The drawing is incredibly detailed and shows all of the gear included on the final vehicle, including a ladder, storage tube, police light bar, T.V. antenna, aerials, bullhorn, giant gumball, siren and compressed air tanks among other things!

We’ve also included another image, just for fun. It’s unsure whether this drawing was a considered concept drawing or not, but it was given to a fan by Dan Aykroyd as he signed his signature on the back of it. The sketch shows a stretched NY cab instead of the 1959 Cadillac ambulance design that Steven Dane designed and modified for the final vehicle. Whether or not it was considered for the film, we like the concept and also the idea that Dan carries these things around with him perhaps with the purpose of giving these little gems to fans when asked for an autograph!

Andrew Probert – DeLorean Time Machine (Back to the Future, 1985) 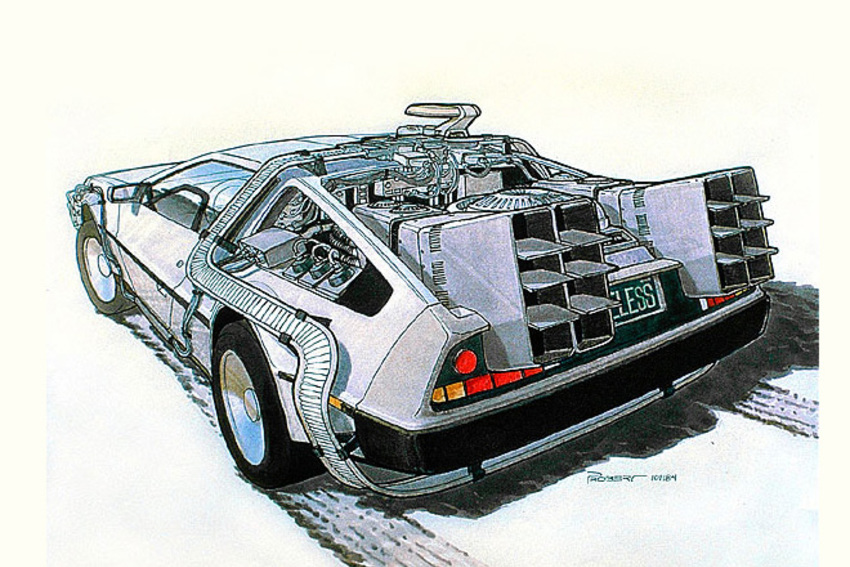 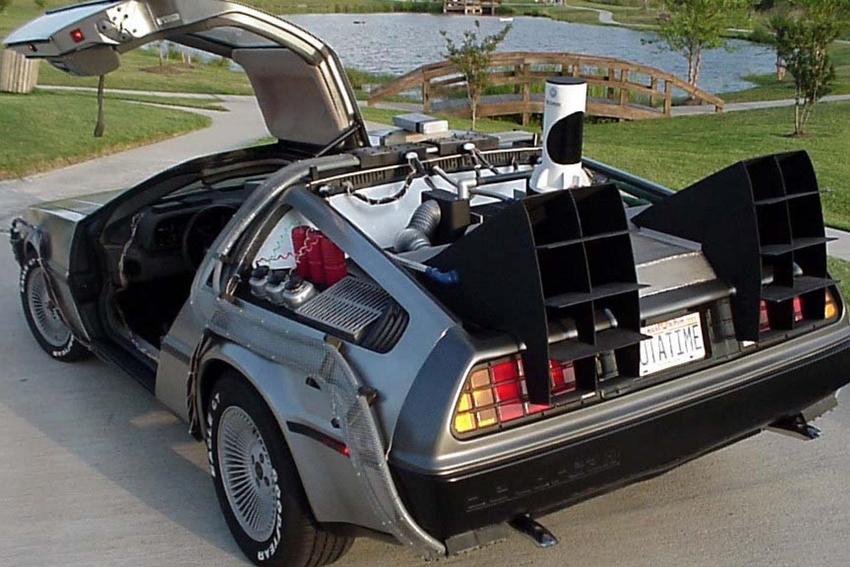 The DeLorean DMC-12 is commonly referred to simply as The DeLorean as it was the only model ever produced by the company. The car became iconic for its appearance as a modified time machine in the Back to the Future film trilogy.

Illustrator Ron Cobb was charged with the task of designing the time machine for the film. Cobb decided that the car shouldn’t look too seamless, as Doc Brown had supposedly made the time machine himself in the film. Cobb added coils to the back of the car to create the impression of a field being created around the car and the nuclear reactor. Artist Andy Probert and special effects supervisor Kevin Pike also oversaw the design process and added features such as the two air scopes on the back of the vehicle, and it is Probert’s design which has been included above.

Cobb’s notion of a makeshift vehicle was ultimately combined well with Probert’s additions, as the final vehicle fused both of their visions. The air scopes, which Probert added in this drawing, have become the most iconic element of the famous Time Machine. Echoes of Syd Mead’s Spinner can be seen in the design, in the overall rugged appearance, and exposed rear parts. The film Back to the Future Part II paid homage to the Spinner from Blade Runner in that a garishly repainted Spinner can be seen, parked in a driveway. 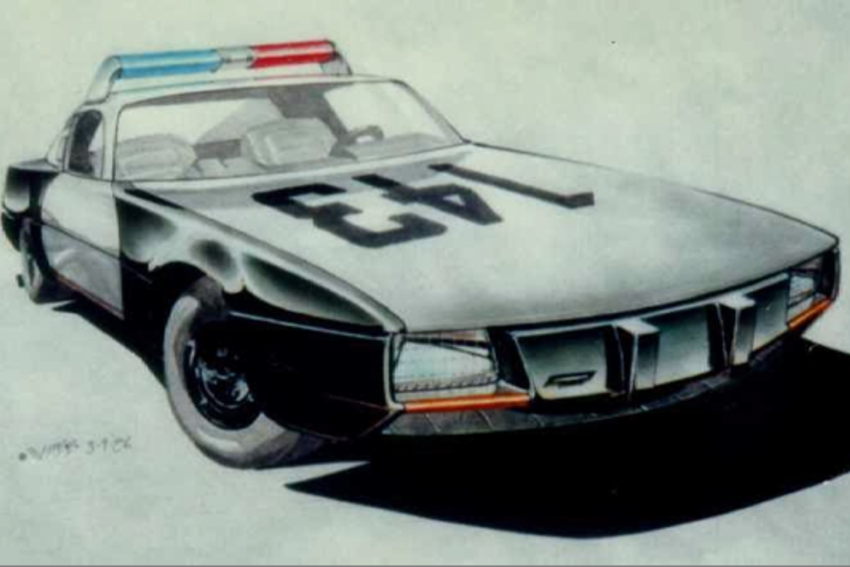 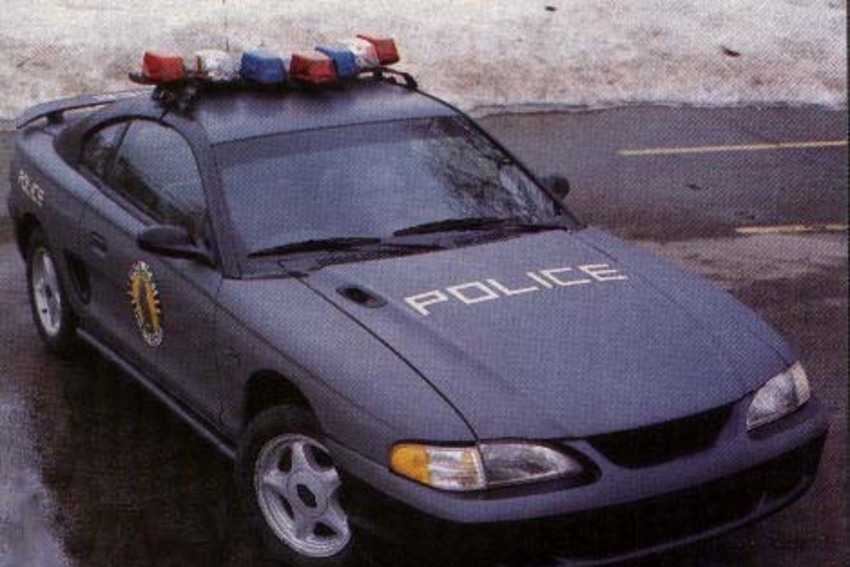 Robert Webb recently released his original concept drawings for the cars in RoboCop. There were many versions that he shared with fans, but the one shown above was his final draft. As you can see by the cars used in the movie, the design was simplified down a bit more for the actual film.

The end result of the ‘Robo-mobile’ or ‘Turbo-Car’, as it was called at an early stage, came out far too silly when going off Webb’s designs. The story goes that the whole cast and crew started to laugh when the car first drove onto the set. As a result, director Paul Verhoeven started to panic but saw a Ford Taurus drive by and was taken aback by how futuristic it looked. The Taurus was then used as the car model for both RoboCop and the rest of the police. Ford was not very happy about that however, and didn't sponsor the cars in any way. All cars had to be bought for the movie. 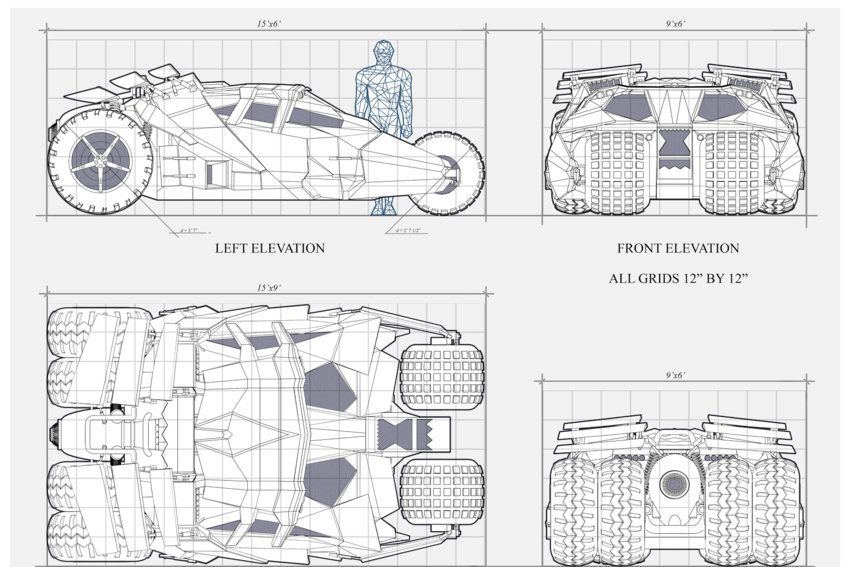 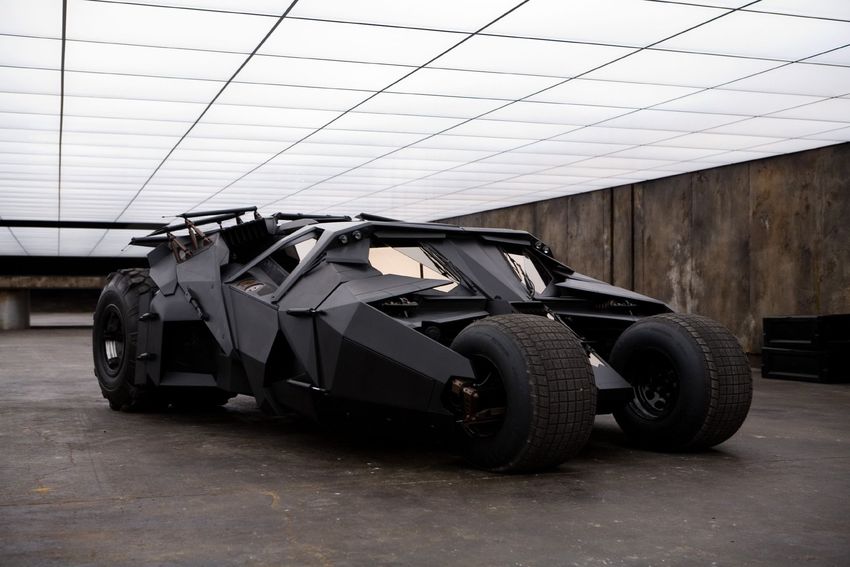 This one is slightly different, as Crowley and Nolan started creating the Tumbler concept by making crude clay models of it. Once the design was finalised, a team of about 30 people came together to build four complete, driveable cars for use in filming, costing around $250,000 each to build. The images above show the original blueprint for the Tumbler after the crew had decided which model worked best, and the final product. These cars were really fully working stunt cars, capable of high speed driving, quick cornering, and jumping (including the "entering the batcave" sequence, which had the full-sized car make the jump through the waterfall onto a reinforced concrete slab). The only post-production work needed to make this car do its own stunt work was editing the clips together into one sequence.

While the original Tumbler was destroyed in The Dark Knight, one of the replicas is now on show at Warner Bros. ‘The Batman Exhibit’ in California. Like the sound of this car? If you have a spare $1million, you can now buy a street-legal replica!

10 most memorable movie cars of all time