Hydrogen fuel: The future or a passing phase?

Here we look at how fuel cell vehicles (FCVs) work, the pros and cons, and what they mean for the future of motoring. 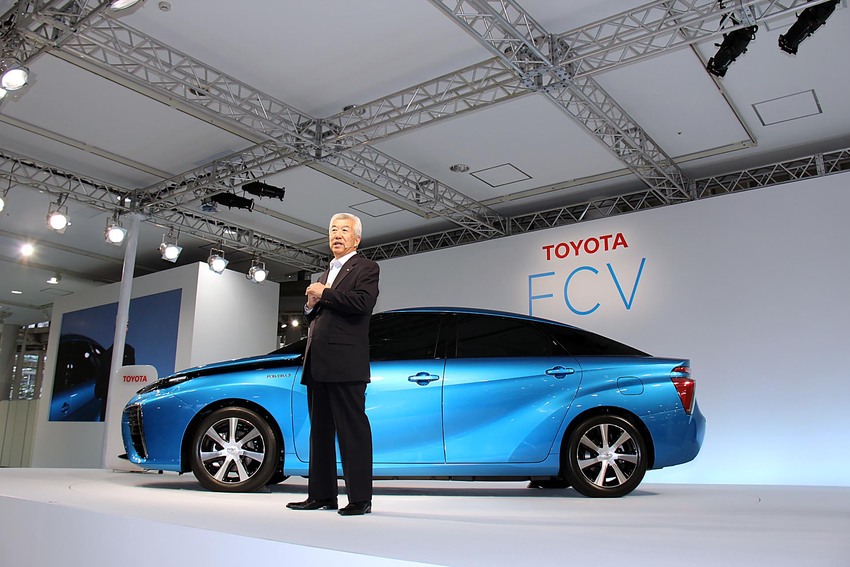 Toyota's Mirai is one of the first fuel cell vehicles to be sold commercially. It was first released in Japan.

Hydrogen fuel is the buzz topic in the automotive industry this year, with ambitious car manufacturer Toyota introducing its first hydrogen fuel cell vehicle in 2015. The Mirai (which means future in Japanese) will be available to the UK market in the summer at a reported cost of around £40k.

Toyota is not the first to launch a fuel cell vehicle (FCV), as Hyundai led the way with the ix35 in 2010. But are hydrogen fuel cars really the future? And what are the pros and cons? We take a look in more detail.

What is hydrogen fuel?

Hydrogen is a natural element that carries energy. The energy is delivered to fuel cells, which then generate electricity that can power vehicles.

So let’s start with the arguments for. Hydrogen fuel is seen as a fundamental way to sustain motoring in the future, and reduce our need for finite fossil fuels. This will be welcome news to anyone that has a desire to reduce his or her carbon footprint and live a more ‘green’ lifestyle.

Hydrogen is seen as a clean fuel as it does not produce any toxic emissions after burning, unlike carbon. Its impact on the environment is minimal as it releases harmless water vapour.

As a renewable energy source, hydrogen fuel can be produced when needed. If comparing hydrogen to petroleum, like-for-like, hydrogen can take a car twice as far. A kilogram of hydrogen is the equivalent to one gallon of petrol and currently costs less.

There are many challenges that need to be overcome if we are all to start using FCVs. Even though hydrogen fuel is cheaper per gallon than petrol, FCVs are generally more expensive than their petrol equivalents.

In comparison to oil and coal, hydrogen fuel is expensive to store and to transport. It is also pricey and complicated to create, as it requires a process that isolates it from other elements. This process relies on the use of fossil fuels, meaning that hydrogen fuel would not exist without the finite resources it is seeking to replace. Due to recent research, we asked the question previously could coconut kernels be the key to hydrogen-powered cars?

At the moment, there are around thirteen hydrogen fuel stations currently in operation in the UK, most of which are located in Southern England and the Midlands. There are plans to create more in 2015, with the government pledging £11million towards the cause. However the lack of stations in populated areas would be a cause for concern for anyone regularly on the road.

There are also safety concerns around using Hydrogen as fuel as it is extremely flammable. If it comes in direct contact with skin, it can cause frostbite due to the extreme cold temperatures that are needed to store it.

Car manufacturers will be encouraged to learn that Toyota announced it is tripling its Japanese production of the Mirai in 2016 due to demand, highlighting that consumers do see the value in FCVs.

The Mirai is also making its European debut at the Geneva Motor Show, happening this week. This will be the first public appearance of the Mirai in Europe so far.

The Toyota Mirai uses the Toyota Fuel Cell System (TFCS), which uses both fuel cell and hybrid technologies to make use of Toyota’s fuel cell stack and high-pressure hydrogen tanks.

The Mirai emits no CO2 emissions or pollutants when driven.

Toyota’s main concern with the Mirai was safety, as a hydrogen leak could cause some serious damage. The measures taken to reduce this risk are:

The Mirai looks good, too. The left and right-hand grilles that have functionality to cool the hydrogen system add to the car’s individuality. The Mirai really stands out and looks just as futuristic as it is. We’re sure it will be a hit at Geneva, and we hope it spurs other manufacturers on to make improvements in fuel cell research so that the barriers to a fuel cell future can be overcome.

Fuel cell vehicles are an exciting prospect but there is still a lot more research, testing and development to be done before they are accessible to all. The infrastructure here in the UK needs to be vastly improved to support hydrogen vehicles, which means they are not a reliable option at the moment.

Only time will tell how much hydrogen cars will change the face of motoring.