7 of the best books for car lovers

From car racing, to fiction, to an in-depth look at the big players in the automotive industry, you’re bound to find something you’ll love in our list of the 7 best books for car enthusiasts. 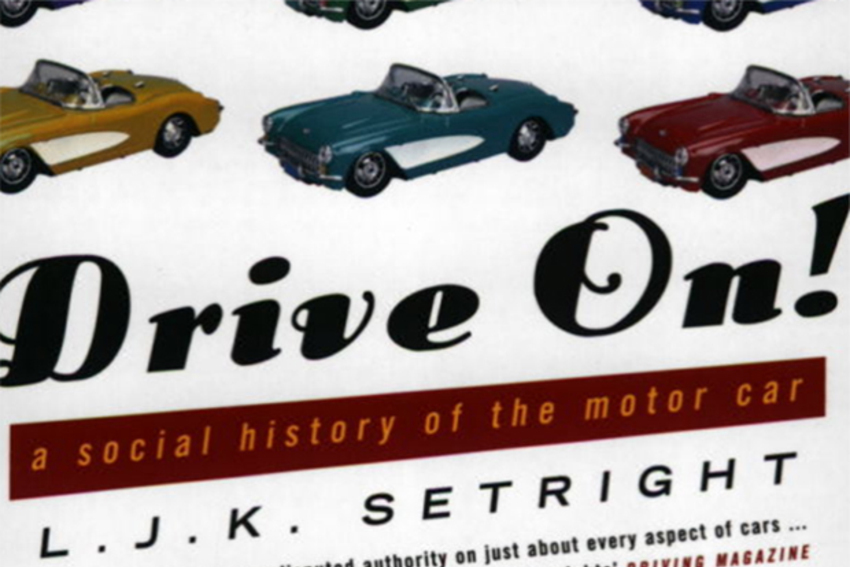 Drive On! by L.J.K. Setright

Go Like Hell: Ford, Ferrari and their Battle for Speed and Glory at Le Mans, by A.J. Baime 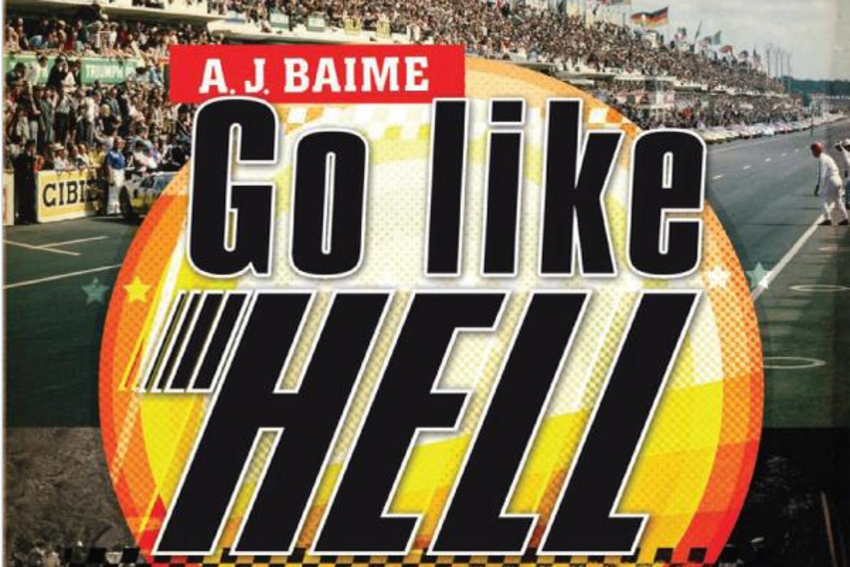 ‘“Fourth isn’t bad,” Shelby said. “Maybe America didn’t hammer any nails in Ferrari’s coffin this time. But we threw a scare into him. Next year we’ll have his hide.”’

Go Like Hell tells the story of a time in history where the giant of the automobile world, Ford Motor Company, was set to fall off its perch, as new giants were emerging. It was the 1960s, and Ford’s cars for the masses just weren’t cutting it anymore. People wanted style, and they wanted speed. And who better to fit that bill than Ferrari. Ford Motor Company was struggling to keep up, but the healthy competition led them to compete in one of the most prestigious and dangerous races in the world, the 24 Hours of LeMans.

Young Henry Ford wanted to create a car that would beat Ferrari at his own game, and in order to do so, the two went to battle with an intoxicating disregard for safety and sanity. Go Like Hell reads more like a boxing match than a story about the automotive industry. Two giants go toe-to-toe, one at the peak of his game (Enzo Ferrari, making ‘science fiction on wheels’), the other trying to get back there (an enthusiastic Henry Ford II, taking the reigns from his famous father).

Drive On!: A Social History of the Motor Car, by L.J.K Setright 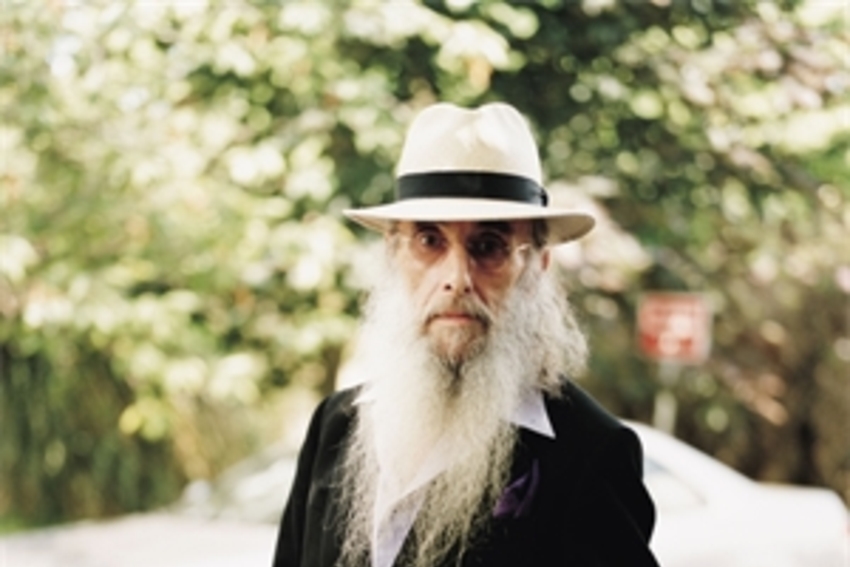 Drive On! on Amazon

‘So was there a beautiful intensity in the tiny cigar-bodied single-seaters of the early 1960s, their waxing tyres strangely remote on fragile suspensions summoning an image of water boatmen, those slender insects which go skimming the surface with oars that seem barely to touch the water’s meniscus.’

L.J.K Setright chronicles the history of the automobile in its social, historical and technological setting. No one could be better placed to write this than Setright, who was a motoring journalist for CAR magazine for over 30 years. Setright was famous for his wit and intelligence, and this shines through in Drive On! the last book he wrote before his Sobranie Black Russian cigarettes got the better of him in 2005. Drive On! documents the deeply emotional attachment we have with cars, and how the relationship between man and machine can be equal parts exciting and terrifying. Setright’s prose style is beautiful, and while this might not be the easiest book to read on this list, it is certainly one of, if not the most rewarding. And you don’t have to be a car fanatic, either; the decade-by-decade account of sociological change and its affects on the automobile is a fascinating read for anyone interested in social history.

The Art of Racing in the Rain: A Novel, by Garth Stein 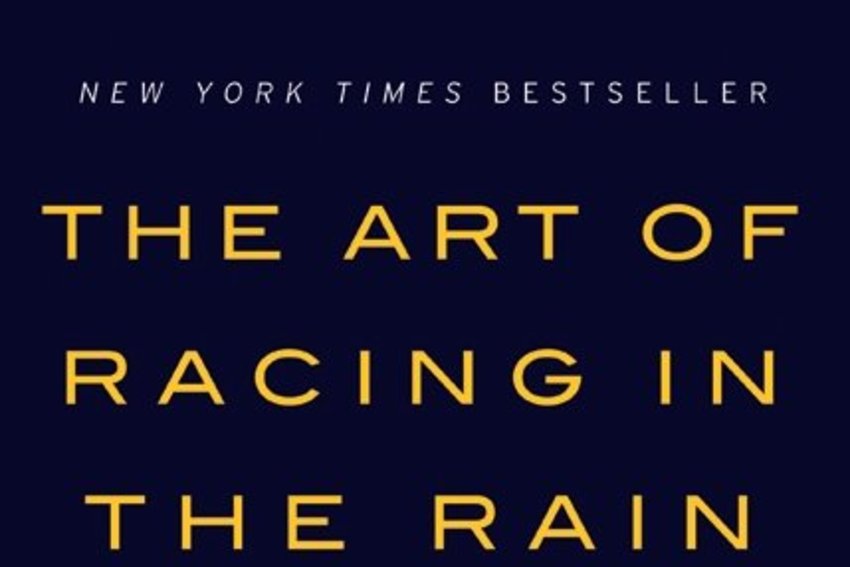 The Art of Racing in the Rain on Amazon

‘There is no dishonor in losing the race. There is only dishonor in not racing because you are afraid to lose.’

The Art of Racing in the Rain is something a bit different. This fictional novel written by Garth Stein is told from the perspective of Enzo – a dog. Enzo is the pet of Denny Swift, a car mechanic and aspiring race car driver. Stein was a Spec Miata racer, so his knowledge of cars really comes through. Although the main focus of the story is Denny’s life, as he falls in love, gets married, and has a child, the racing theme really drives the course of the narrative. Of course, things aren’t always smooth, and his life’s struggles as told through the perspective of Enzo are really touching, and if you love dogs as much as you love cars, you’re really on to a winner with this one. While there’s not a lot of first-hand ‘racing action’ as such recounted in the novel, Enzo often references famous races and strategies for race car driving that are in no way dumbed down; the overall racing theme does feel authentic. (Enzo loves racing just as much, if not more than Denny.) While this is a book that anyone can enjoy, there are little nuggets of goodness in it specifically for auto enthusiasts.

The DeLorean Story: The Car, the People, the Scandal, by Nick Sutton 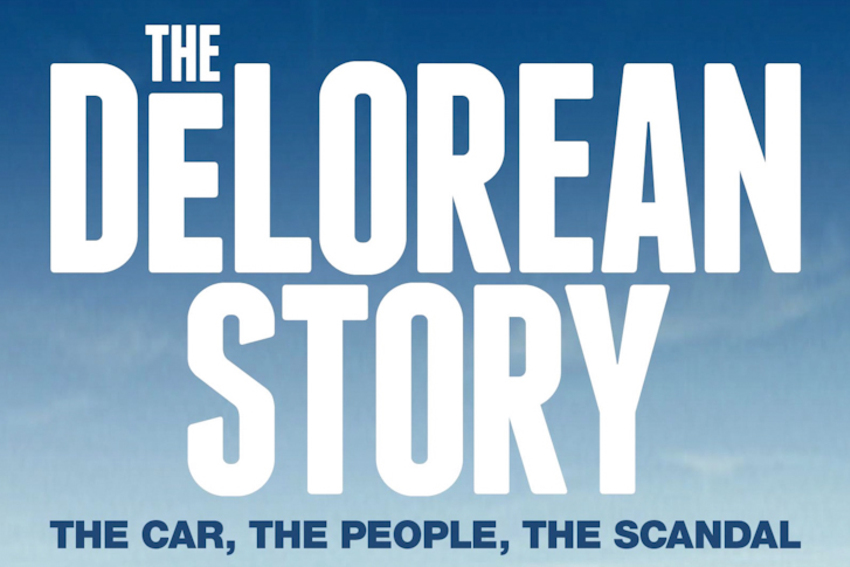 The DeLorean Story on Amazon

‘Nobody knew very much about the factory and the history, so I decided to write this book. I’d been waiting for somebody else to write it, but nobody did, and there aren’t many people out there qualified to write it… DeLorean was a playboy. If he’d just left the factory alone we could have made it, but he interfered and the cash ran out. We had a four-seat sedan on the table, still with gullwings, that never saw the light of day.’ – Nick Sutton, American Car Magazine.

The DeLorean car became iconic when illustrator Ron Cobb and artist Andrew Probert updated the DMC-12 for the Back to the Future movie. But DeLorean was almost a complete failure. Nick Sutton, author of The DeLorean Story, was a DeLorean executive, who was one of the first 16 employees at the factory, and one of the last 10 when the company went bust in 1983. The book tells the sad story of what could have been a great car, if it wasn’t for the questionable behaviour of its owner, John DeLorean, who struggled to rise back from the ashes of his soiled reputation following rumours of fraud and a high profile drug sting. Sutton gives a frank account of how employees felt at the time, when Thatcher’s government pulled its investment, and how his opinions on the enigmatic owner have changed over time as a result of Sutton’s diligent research. Never before seen photographs make this a must-buy alone, but the tragic tale of the now iconic car’s owner makes for a fascinating read.

The Limit: Life and Death in Formula One's Most Dangerous Era by Michael Cannell 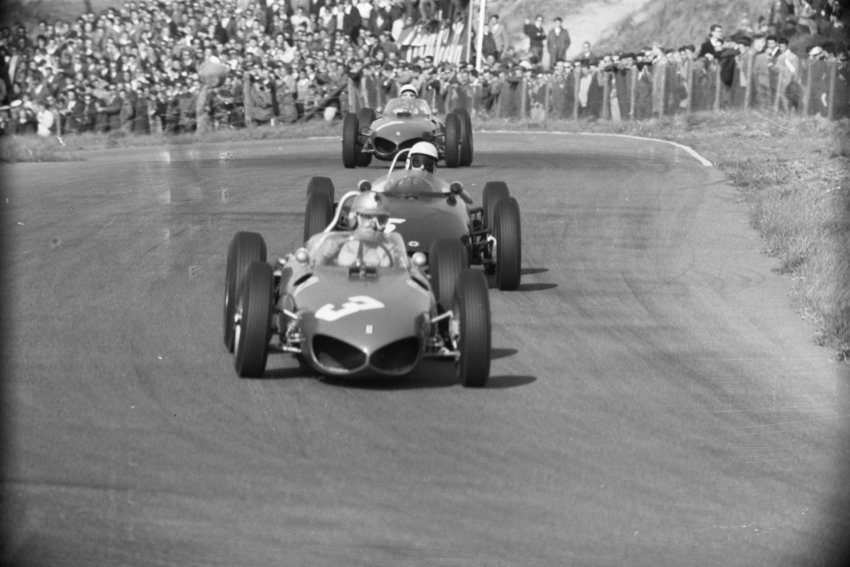 The Limit on Amazon

‘Danger and fear have become anonymous and invisible — radioactive clouds floating around us. That doesn't change the fact that there are people who thirst for action… who are born to fight.’ Cannell captures the grizzly world of Formula One before safety was a concern, when death danced with glory on a tight rope. In the years between 1957 and 1961, 14 drivers were killed in auto racing – an astonishing figure when you consider that no driver has died since 1994.'

Cannell focuses on two main drivers, Phil Hill and Wolfgang von Trips, as they go head-to-head for the Formula One World Championship in September 1961. It’s America versus Germany; if either wins, it will be a first for their country. Cannell’s prose is often very cinematic, as he paints Hill as the fair-haired, highly born, sensitive man with an acute awareness of the dangers he faces, pitched up against von Trips, the charming extrovert with a penchant for nightclubs and the ladies. Enzo Ferrari is also prominently featured, although not in his best light. This is a great read for anyone interested in the ‘50s and ‘60s era of motoring, although do take it with a pinch of salt – Cannell’s facts aren’t always accurate, but the story is so well told that we’re sure you’ll be able to forgive him.

Driving Like Crazy: Thirty Years of Vehicular Hell-bending, Celebrating America the Way It's Supposed To Be - With an Oil Well in Every Backyard, a Cadillac Escalade in Every Carport, and the Chairman of the Federal Reserve Mowing Our Lawn by P.J. O’Rourke

‘There’s a lot of debate about what kind of car handles best. Some say a front-engined car; some say a rear-engined car. I say a rented car. Nothing handles better than a rented car. You can go faster, turn corners sharper, and put the transmission in reverse while going forward at a higher rate of speed in a rented car than in any other kind. You can also park without looking, and you can use the trunk as an ice chest. Another thing about a rented car is that it’s an all-terrain vehicle. Mud, snow, water, woods – you can take a rented car anywhere. True, you can’t always get it back – but that’s not your problem, is it?’ *

*Arnold Clark Car & Van Rental would of course contest the above statement.

Fans of O’Rourke will likely know much of the work compiled in this book, as many of the chapters are in fact articles from automotive magazines (mainly Car and Driver) from throughout O’Rourke’s career, that have been re-worked and re-issued. The much-loved humourist chronicles the golden age of the automobile in America, and tells tales ranging from his Florida to California escapade in 1978 to making his way through Kyrgyzstan on the back of an army surplus six-wheel-drive truck. Among the classic pieces included is the excellently titled: ‘How to Drive Fast on Drugs While Getting Your Wing-Wang Squeezed and Not Spill Your Drink’. This is a seriously fun read, full of O’Rourke’s trademark satire and hilarious knack for storytelling.

On Wheels by Michael Holroyd 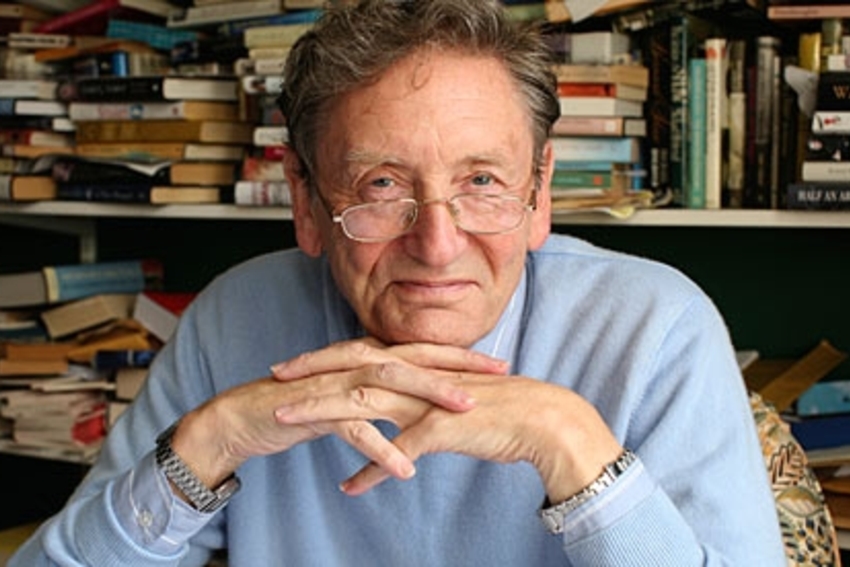 On Wheels on Amazon

(Cars were) ‘significant parts of a magical new technology, full of excitement and mischief.’

Michael Holroyd’s On Wheels is a charming, short biography, which weaves together his personal relationship with cars, alongside historical anecdotes. The short chapters are easy to digest, and make On Wheels the perfect coffee table book, or indeed a great gift for that hard-to-buy-for relative. Holroyd has a conversational tone and a quiet humour that makes this book an easy read, whilst still showing some insights into how car ownership changed society (although in a much more digestible manner than Setright!) This book lends itself well to being read in a single sitting with a hot cuppa. On Wheels has bags of charm within its few pages that a lot of car enthusiasts will be able to relate to.

What's your favourite car book? Let us know in the comments below!