Recent research has shown that aluminium batteries have a long life cycle, charge quickly, and are also very cheap. Could aluminium be the answer to making electric vehicles more affordable, and longer lasting? 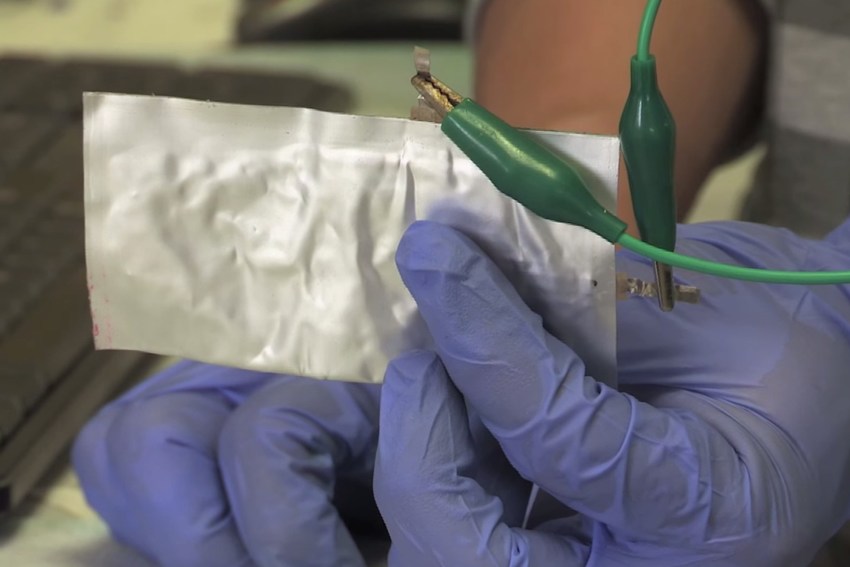 Researchers at Stanford University have developed an aluminium battery that has high-speed charging, good safety, flexibility and a long cycle life.

The new design uses an anode of aluminium, and a cathode of graphite. The battery can be charged in just one minute.

Stanford’s battery can be recharged 7,500 times. It is the first high-performance battery made of aluminium. (Previous attempts have had short life cycles, and failed after around 100 recharge cycles.) Current lithium-ion batteries used in smartphones and electric cars have a recharge capacity of around 1,000 charges.

However, the battery still lags behind lithium-ion alternatives, with a voltage of just 2V (a standard smartphone battery has 3.7V or 4.2V, an electric car such as the Renault Zoe around 12V). Despite this, the potential for further development is there.

‘I see this as a new battery in its early days. It’s quite exciting.’

So what does this mean for electric cars?

If the voltage of an aluminium battery could be increased, then many of the issues that electric vehicle (EV) owners experience such as long charge time could be eradicated.

An aluminium battery would charge much quicker than a lithium battery, meaning that recharging a depleted battery in the future could take no longer than filling up at the fuel pump.

The aluminium battery developed at Stanford has over seven times the life cycle of a lithium alternative. The battery also shows no sign of losing performance over this life cycle. This would mean that electric vehicle owners wouldn’t have to worry about replacing their car battery as often, therefore reducing the overall cost of owning an EV.

There has been a series of accidents as a result of lithium-ion batteries setting on fire.

To minimise these risks, lithium-ion batteries present in electric cars need to be encased in a heavy shield to protect the car if the battery ignites. This adds quite a significant amount of extra weight to the vehicle.

Aluminium batteries won’t burst into flames as lithium batteries can, so this extra casing wouldn’t be necessary.

Electric cars would be cheaper

On top of the reduced cost of ownership as a result of longer lasting battery life, EVs would see cost benefits as a result of this decreased weight, too.

The extra weight added to prevent fire hazards in electric vehicles simply wouldn’t be needed with the use of an aluminium battery, which would bring the overall cost of the vehicle down quite significantly.

Whilst electric vehicles are of course better for your carbon footprint than diesel or petrol cars, the disposal of the batteries is a worry for many EV owners.

Lithium is toxic therefore must be disposed of very carefully. Aluminium on the other hand, isn’t. Better still, it can actually be recycled repeatedly. Its flexibility also means that aluminium batteries could be recycled for a number of different uses.

At the moment, as the battery can only produce 2V, it looks unlikely that we’ll be seeing them used in EVs in the near future, but nonetheless, it is comforting to know that progress is being made in battery research and that the disadvantages holding electric cars back at the moment, could soon be thing of the past!

Stanford's aluminium battery could be a breakthrough for EVs