Arguably the glitziest date in the Formula 1 calendar is coming up, as the 10 competiting teams ride into Monaco for the annual race round the streets of Monte Carlo from 21st–24th May. 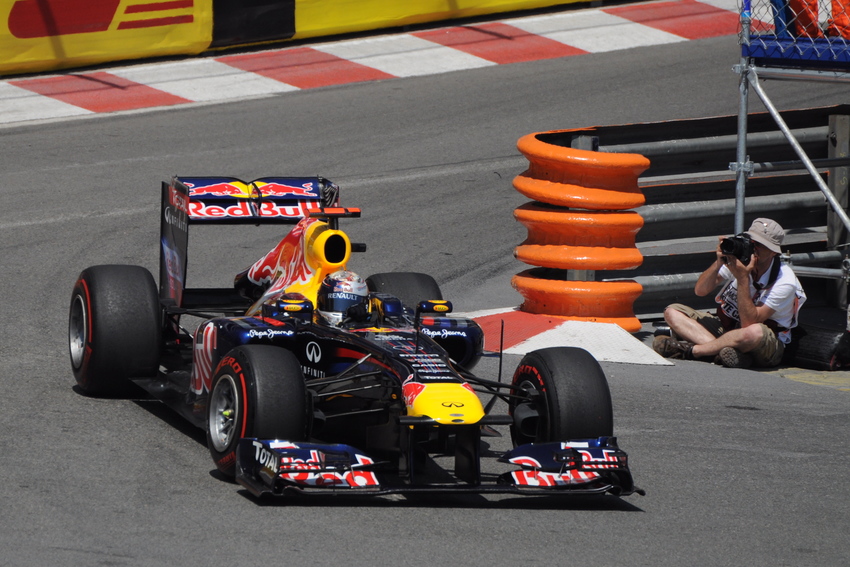 Sebastien Vettel at the Monaco Grand Prix in 2011. Image via Wikimedia Commons.

Seen by many spectators, and drivers, as the most exciting race of the season, the Monaco Grand Prix is one of, if not the, highlight of the racing year.

But what is it about the race that gives all racing fans a buzz of excitement? Why is Monaco the race that almost all drivers look forward to? Maybe the answers lie below…

1) The average track speed at Monaco is the lowest of the entire F1 season at only 160kph.

2) The top speed on the track, through the tunnel, is also pretty low (by F1 standards), at a ‘sluggish’ 290kph, compared to speeds in excess of 320kph in Spain.

3) The distance from pole position to the first corner is only 140 metres, taking drivers approximately only four seconds to reach, making qualifying even more important than other races on the circuit.

4) At only 3.34km, the Monaco Grand Prix has the shortest track on the circuit. To help compensate for this, it also has the most laps on the circuit, 78 in total. Despite the monster amount of laps, this race is still the shortest of the season, only covering 260.52km.

6) Racing around Monaco takes a lot of skill for two reasons;

7) Due to the amount of skill involved in racing round Monaco, it’s a race every driver wants to win. Having won Monaco is almost like wearing a badge of honour. The driver that has won it the most times is the late Ayrton Senna, who managed to notch up six victories at this famous race. The British driver with the most Monaco wins was the late Graham Hill, who enjoyed five victorious visits to Monaco.

Highlights of the 2015 Grand Prix calendar