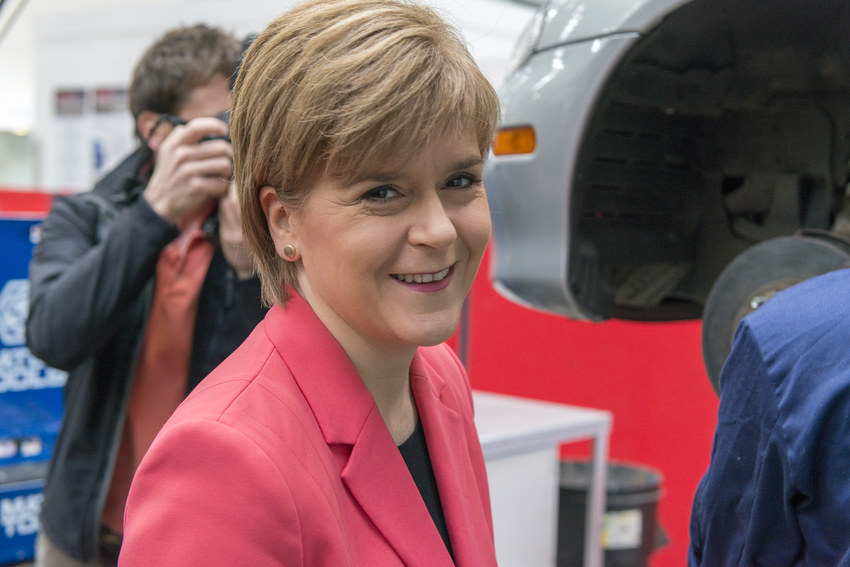 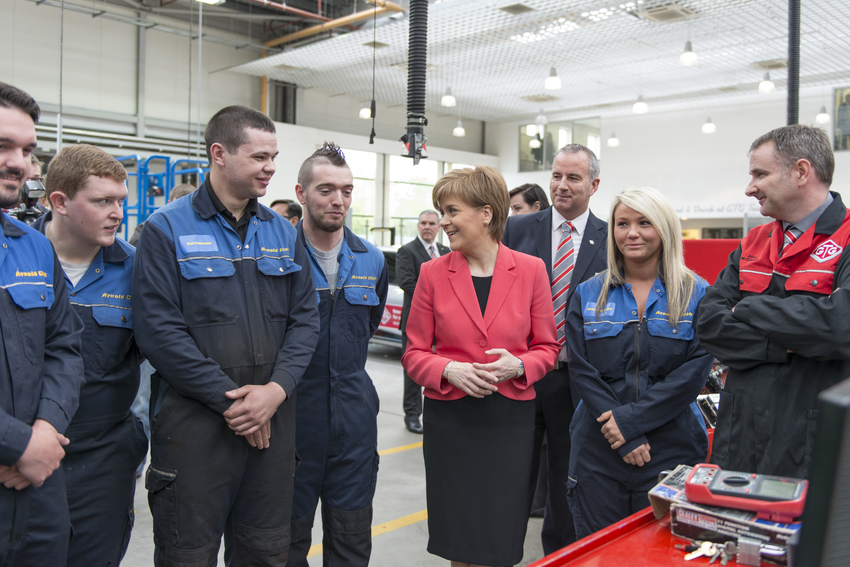 The visit coincided with the fifth annual Scottish Apprenticeship Week (18–22 May) that celebrates the opportunities and benefits that Modern Apprenticeships bring to businesses, young people and the economy.

While at GTG Nicola Sturgeon confirmed that an extra 500 Modern Apprenticeship places will be funded over the next year following a £3.8 million investment. 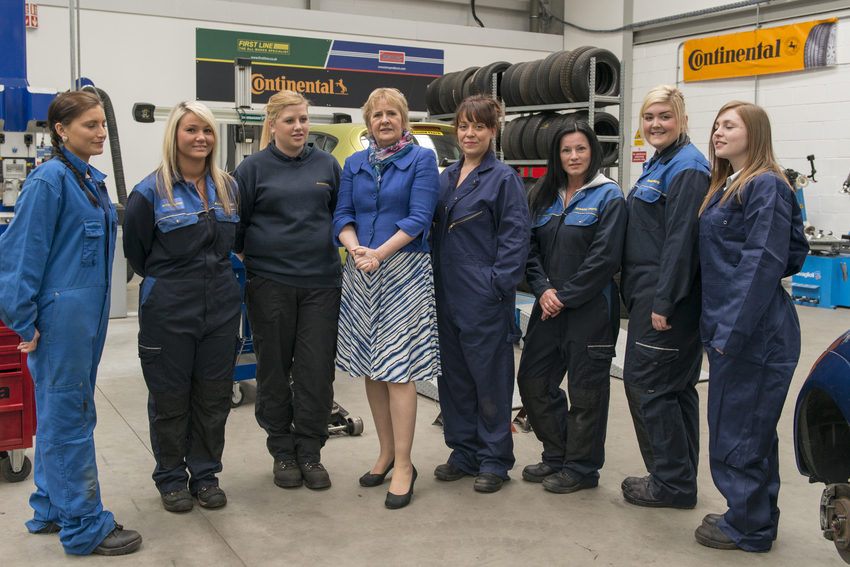 The announcement is in addition to previous investment from the Scottish Government Skills Development Scotland (SDS) announced earlier on in the year, to develop and implement an Equalities Action Plan for better equality within Modern Apprenticeship programmes. The money will be used to encourage more women, minority groups, care leavers and disabled people to take part in the programme. 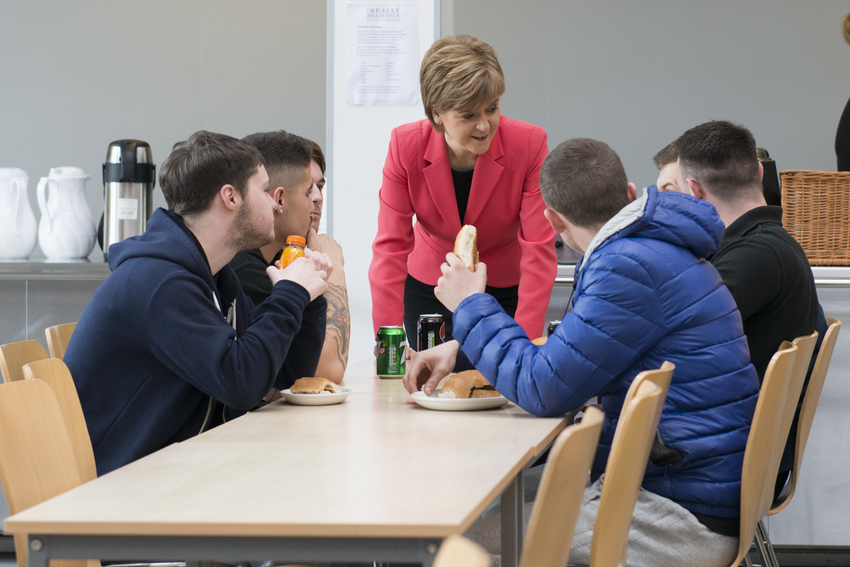 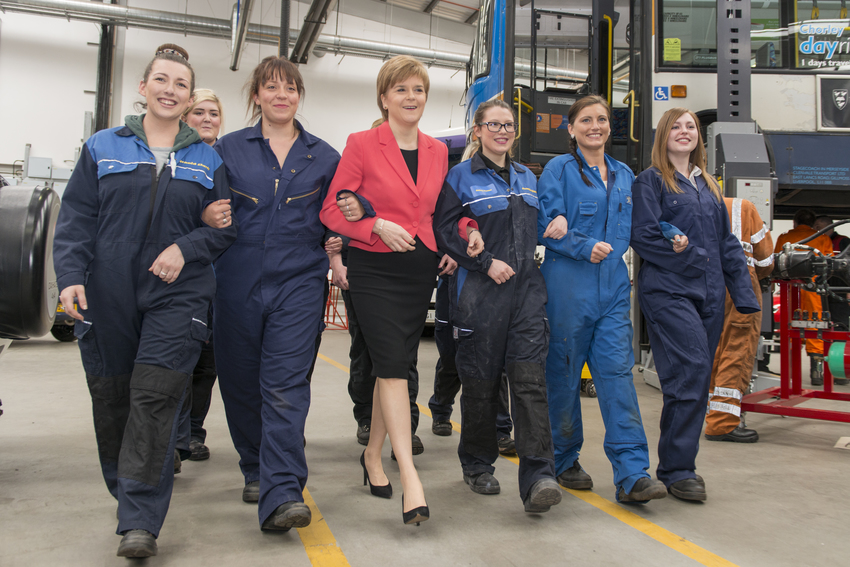 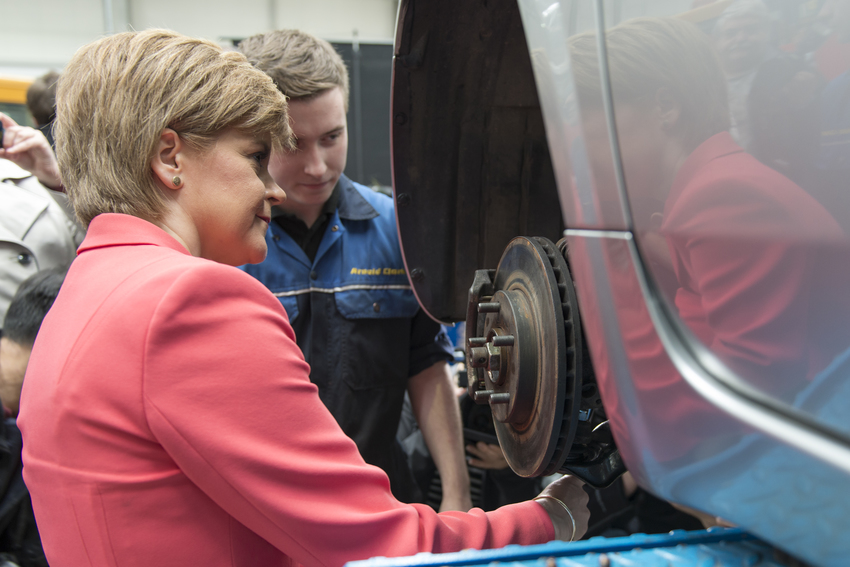 Arnold Clark helps provide careers for budding mechanics through the Get into Cars programme together with The Prince’s Trust. The programme has been running for seven years and focuses on training young people from disadvantaged backgrounds aged between 16–22. 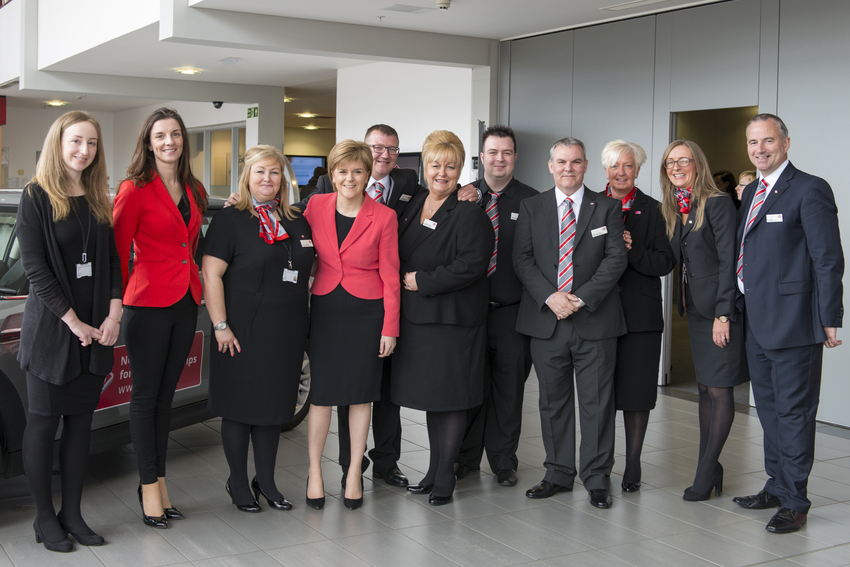 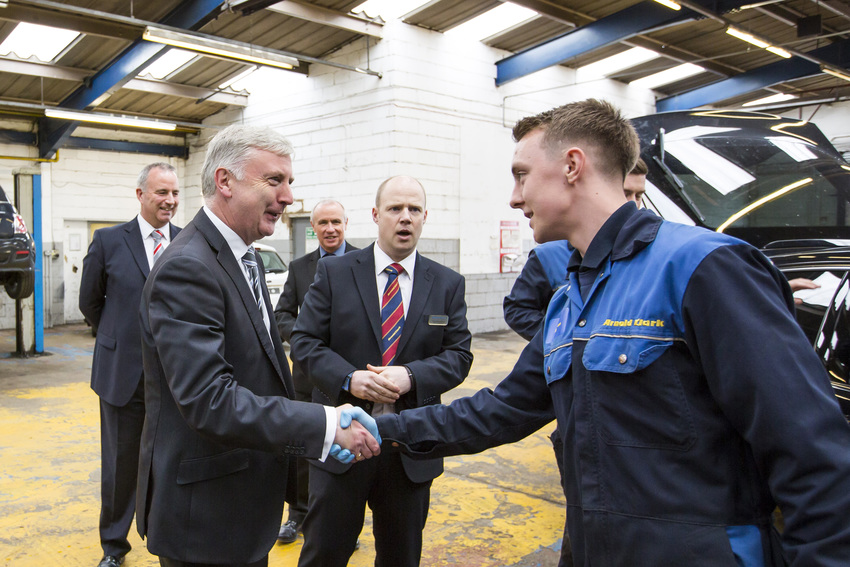 To mark the beginning of Scottish Apprentice Week, Mr Kelly spoke to some of our apprentices based at the branch and received a branch tour. 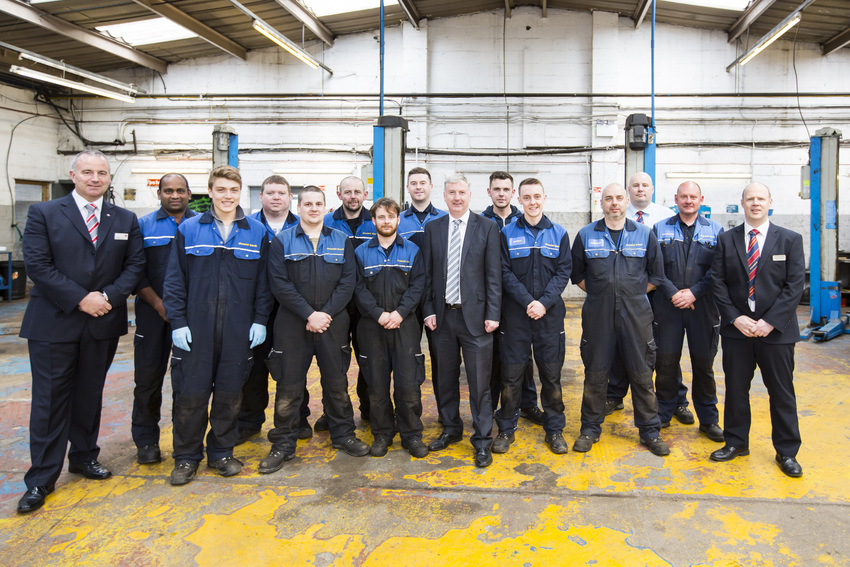