A car strictly for girls? Not in the 21st century.

If in movies, girls and their cars are often stereotyped, in real life things are different. 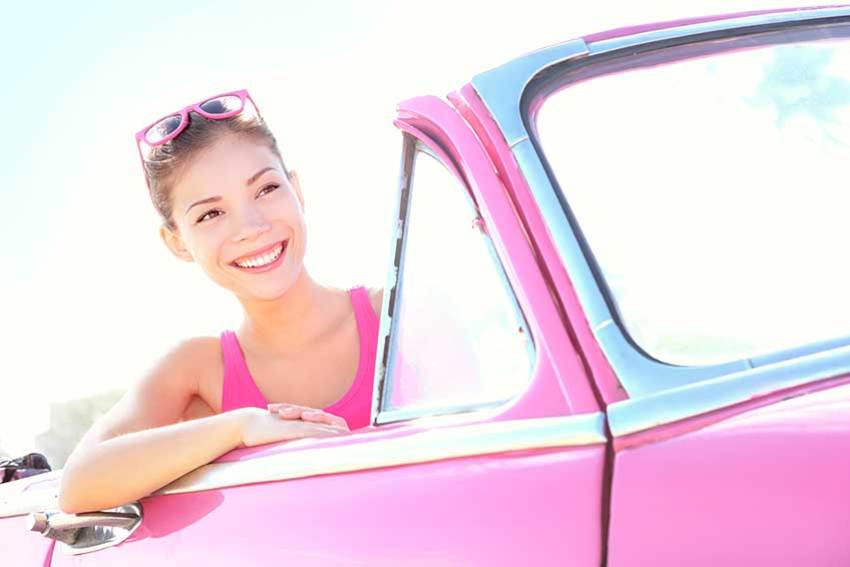 Is there such a thing as a 'girl's car'?

When the notion of a ‘girl’s car’ emerges, images of Paris Hilton’s pink Bentley inevitably pop up. More recently, the Labour Party tried to attract female voters by driving around in a big pink bus! However, in the 21st century it is rather narrow-minded to think that there is such thing as a girl’s car.

Women have various tastes and various needs – some of them juggle work and family, others are on the road most of the time and some simply like to drive fast! Just for the sake of the argument, we have compiled a list of the most stereotyped female-oriented cars, and our opinion on them.

No doubt about it, smaller cars are often associated with women. However, small cars are extremely popular with both genders as they are great for city driving and can be parked virtually anywhere.

Almost every auto manufacturer now has a hatchback or a supermini in their offerings. The most popular models include Ford Fiesta, Fiat 500, Volkswagen Polo and of course the unbeatable MINI Cooper.

All of these models have various features, some unique and some shared. One thing is for sure – all of them are very compact and a great choice of city driving! A further advantage is how cheap it is to run a hatchback – something both genders can appreciate.

The truth is that men and women equally enjoy a convertible car. Especially on a sunny day, the top-down roof gives the driver a sense of freedom. Some of the best convertibles are manufactured by BMW (Series 6 and Series 4 Convertible), Mazda MX-5, and Volkswagen Golf Cabriolet.

A big advantage of the aforementioned cars is that they are affordable; you don’t have to be Audrey Hepburn to buy one!

Any parent can acknowledge the importance of having a spacious car, especially when you have a big family. Often referred to as ‘mum-cars’, SUVs are popular amongst dads too.

Nowadays, many fathers stay at home and look after their kids, while the mother is at work, and thus in the 21st century the SUV can be mum and dad’s car! Originally, the 'sports utility vehicle' was manufactured by American Motors and was branded Jeep Cherokee. This model is still hugely popular, and is one of the best-selling SUVs ever made. Now, however, there are plenty more to choose from, such as the BMW X1, Hyundai Santa Fe, Kia Sportage and Mazda CX-5.

Among the biggest advantages of the SUVs are its solid body, sheer size and excellent stability. SUVs are great for families (not just for mum!) as are famous for their high security and safety features.

It is impossible to talk about strictly girls’ or boys’ cars, as different people have different tastes and preferences. Some drivers buy on the grounds of comfort, others because they like the car’s features or its appearance. Because of this, dividing cars according to gender is very difficult.

What do you think? Let us know in the comments below.