Dangerous driving – what causes it?

What are the underlying psychological causes of risky driving? We take a look at three possibilities. 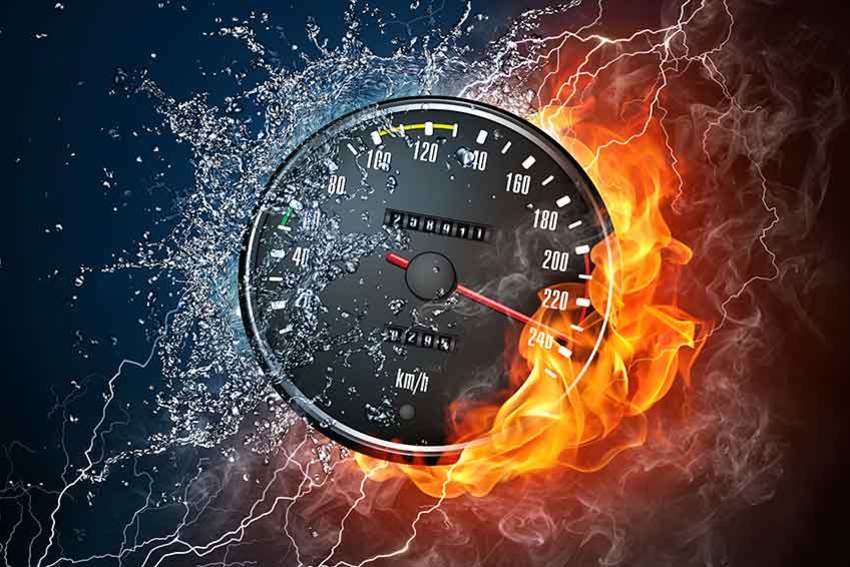 Personality could be a reason for speeding and other risky driving habits.

Every day on the news, we hear about car crashes and traffic accidents that unfortunately take innocent lives. According to the Royal Society for the Prevention of Accidents (RoSPA) deaths on the roads increased by 4 per cent in 2014 from 2013’s figures.

Government bodies and the police are doing a lot to prevent these accidents by increasing fines and improving road conditions. However, this does not seem to fully solve the problem.

Major causes of road accidents include using a mobile phone, driving under the influence or simply a lack of attention.

There is a big problem that seems to be overlooked – the importance of personality. We decided to review some empirical studies in order to determine what are the underlying psychological reasons for risky driving.

Of course, personality itself cannot be blamed for dangerous driving, however it heavily influences behaviour, attitudes and choices. This in turn can translate into increased risk on the road.

This is a personality trait associated with the search for experience and intense feelings – as Zuckerman (2009) describes it. 1

Often, the seeking of these feelings leads to behaviours such as involvement in extreme sports, gambling, addiction, etc.

Much research has been done in the relationship between sensation seeking and reckless driving. Most researchers agree – high sensation seekers tend to drive faster, without thinking much about others on the road.

They also tend to be overly confident in their driving abilities, which increases the risk of being involved in an accident – particularly in younger drivers. 2

Research carried out by Pearson and colleagues (2013) also claims that there are a lot of similarities between sensation seeking and impulsivity, which are in turn related to lack of planning and even road rage. 3

This leads us to the next psychological cause of dangerous driving.

Some people tend to be constantly angry on the road – and this may be related to their personality. These individuals tend to perceive others on the road as threatening and often act out to reflect that. Their reactions to the perceived threat, offence or annoyance can include driving fast and recklessly, overtaking without care or completely ignoring road signs.

Interestingly, men and women don’t tend to differ in anger expression and risky behaviours on the road, as research by Deffenbacher (2008) shows. 4

The study also found no differences between drivers in rural or urban areas, which means that road rage can be attributed to the personality above anything else.

This is not a personality trait, but it is a huge influence. In other words, your character influences the way you are motivated to achieve certain goals. Motivation, in turn, influences behaviour and this can determine the way someone acts behind the wheel.

For instance, if a person is highly agreeable, they might want to be liked by everybody and might feel motivated by the need to please everyone. Thus, if they are driving the car and their friends, or crush, are in the car they might drive faster and riskier in order to ‘show off’ or to come across as more attractive.

A study by Taubman (2012) showed that motivation is a strong predictor of driving behaviour, especially in certain situations. 5

Motivation also taps into a person’s ability to calculate the costs and benefits of their behaviour, and this depends a lot on personality traits such as being conscious of, responsible for, or concerned with others. For instance, drivers who are at higher risk of being involved in a road accident are motivated by the desire to be the fastest on the road and fail to perceive the costs of such behaviours. They are simply motivated by the benefits of driving recklessly such as the thrill of speeding, their perceived dominance on the road or the desire to show off to someone.

Sadly, the list of potential personality traits that may motivate risky and reckless driving behaviours is far from exhaustive. It’s important to accurately measure these traits as they might be the key to reducing the number of road fatalities. Alongside learning how to drive, future and present drivers should be taught how to recognise and control their feelings and motivations in order to create a safer environment for everyone on the road.

9 of the world's most dangerous roads