There are superminis and then there's Audi's A1, a small car that never seems to be trying too hard. It's stylish without being overly attention-seeking and it's mopped up as huge number of orders since it was launched at the start of 2011. So what if it's built on the comparatively humble underpinnings of a VW Polo? It wasn't really an issue. What was a good car at launch became even better with Sportback five-door models and some super-economical engines. Here's what to look for when buying used.

Audi likes to underscore its record of innovation but the company owes a big debt of gratitude to its rivals from Bavaria, BMW, who showed with the MINI range that consumers were prepared to pay a sizeable premium for an upmarket citycar. Audi will doubtless point to their aluminium A2 which appeared a couple of years before the MINI, but this was a car that never attained genuine traction with the car buying public. Audi took another bite with the A1 in 2010 and this has cemented a reputation as the most polished small car on sale. Back in 2010, the Ingolstadt brand was only just getting started though. The range launched with a choice of a 1.2-litre TFSI petrol unit good for 86PS, or alternatively a 1.4-litre TFSI engine with 122PS and the option of an S tronic win-clutch transmission. The sole diesel powerplant was a 1.6-litre TDI diesel which cranked out 105PS. So far, so unexciting. Things got much brighter when the 185PS version of the 1.4 TFSI was announced, four months later, and Audi predictably nailed down a five-star Euro NCAP test score at the end of 2010, while in June 2011, the brand launched an even cleaner version of the 1.6-litre diesel, dropping emissions to 99g/km and lifting combined economy to 74.3mpg. At the end of 2011, the marque introduced Black Edition and Contrast Edition specials and used this launch as an opportunity to usher in a more powerful 2.0-litre 143PS TDI diesel engine that complemented the existing 1.6-litre, 105PS unit. Almost immediately thereafter, the five-door Sportback version of the A1 was unveiled. The last act of 2011 for Audi was to announce the ballistic 256PS A1 quattro special, with a 333 car product run and a £41,000 price tag. Only 19 came to the UK. Fast forward to March 2013 and Audi fitted DAB stereos to A1 models, while in June, Audi launched an A1 S line Style Edition, available in red, silver or black. In the Spring of 2014, the hot hatch turbocharged S1 variant made its debut. A revised Audi A1 range was announced at the end of 2014 for the 2015 model year.y)

If you speak Audi design language fluently there won't be too many surprises inside the A1. The cabin is maturely finished with no speedometers the size of dinner plates or garish graphics. Audi contend that if you're downsizing from a bigger car, you expect big car sophistication and the A1 serves that up in spades. Everything is soft touch, silicon damped and consistent in feel and design. The contrasting roof arch the A1's most distinctive feature. Just don't ruin an A1 owner's day by mistaking it for a Citroen C3 Pluriel. The A1 body can only offer so much interior space in a package 3954mm long, but the 267-litre boot extends to a respectable 920-litres if you drop the back seats. Standard safety equipment across the range always included two front airbags, side airbags and curtain head bags. Isofix child seat fixings, seatbelt tensioners and integral headrests round out this aspect of the safety provision. Options for new buyers included xenon headlamps with LED running lights, interior lights and LED tail lamps, light and rain sensors, a panoramic sunroof, a choice of two navigation systems and a thumping 465-watt Bose surround sound stereo with no fewer than 14 speakers. There was a choice of manual or automatic air conditioning systems and heated front seats were also optional.

Unlike most other superminis, Audi A1's tend not to have been abused as business hacks, and many are in very good condition. This only makes the rare neglected one stand out even more, so you can afford to be fussy when inspecting. Check the car's specification carefully, as some of the more desirable features weren't standard on lower spec cars. Check that the servicing has been done on the button. On the whole, it's a solid and dependable vehicle. We'd look for a low-mileage 1.4TFSI 185 or an early diesel that had led an easy life.

There's not a lot that's particularly novel about the A1's underpinnings, the chassis being shared with the latest generation Volkswagen Polo. That means tried and tested strut suspension up front and a compact torsion beam arrangement at the back. Ride quality is firm and there's not the effervescence of a MINI, but available cornering grip is augmented by a clever stability control system as well as an electronic limited slip differential. Aside from the rare S1 quattro, the standout driver's car in the range is the 185PS 1.4-litre TFSI model. The Top Trump statistics here are a 0-60 sprint of 6.9 seconds and a top speed of 141mph and no small car makes going that quick so easy. That's because drive is deployed to the front wheels via a remarkable S-tronic 7-speed twin-clutch sequential gearbox. What's more, there's meaningful go across a broad rev range thanks to a supercharger that serves up instant low-down torque and a turbocharger that takes up the baton after 2400rpm and gives the mid-range some excitement. It's not the most exciting sounding powerplant but you'll forgive it for its sheer verve. It was good enough to walk the 2009 Engine of The Year award at any rate.

The Audi A1 started out a bit underwhelming and then just got better and better. The 185PS 1.4 TFSI engine is an absolute peach, but the 2.0-litre diesel gives this small car a lot of lugging power. The interiors are as lovely and hardwearing as you'd expect from a car that wears the four rings on its nose and there's a decent amount of used stock to choose from. Value can be found in the special editions, but negotiate hard and you won't be disappointed if you have an eye for the right car. 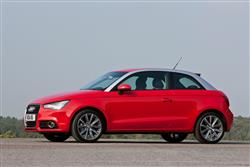 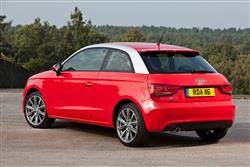 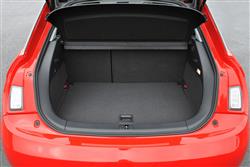 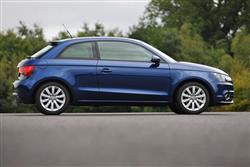 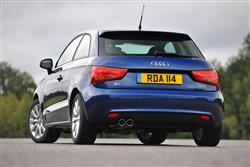 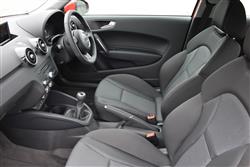