We all like the idea of good things in sensibly sized packages. Perhaps that's why Audi's A3 has been so successful here, a compact car that goes large on quality, refinement and maturity. Especially in this third generation 'Type 8V' guise, where it was more sophisticated and efficient than ever before, particularly in the post-2016 updated form we look at here from a used car buyer's perspective. All of this was just as well, given that in this period, there were other Volkswagen Group products using many of the same ingredients and plenty of tempting high profile segment rivals. In other words, Audi knew that this enhanced MK3 model would have to work harder than ever to win sales. Fortunately for Ingolstadt, it proved to be well up to the task. By this period, the A3 range had been expanded to include saloon and Cabriolet models but it's the three-door hatch and the five-door Sportback variants that are our focus here.

Back in 1996 when we first saw the A3 model line, the idea of being able to move a car up-market in class and appeal without increasing its size was new and rather different. Cynics dismissed it as a way of dressing up ordinary family hatches and charging a lot more for them. Customers though, loved the idea and by the time the second generation A3 arrived in 2003, BMW and Mercedes rivals had also arrived to swell the market. Initially, those two brands struggled to produce products good enough to overtake Audi and the result was that nearly a quarter of a million MK2 A3s were pounding global roads by the time this third generation 'Type 8V' model first arrived in the Autumn of 2012. The Ingolstadt brand knew that this car needed to be good. By this time, both BMW's 1 Series and Mercedes' A-Class had developed into contenders with more widespread appeal and Lexus, Alfa Romeo and Volvo were all fielding fine premium compact alternatives. Audi's response was very Vorsprung Durch Tecknic, a subtle new suit disguising the revolution beneath the bodywork that was the first outing of the Volkswagen Group's all-new MQB platform. Stiffer and more cost-effective to produce, it promised better ride and handling and freed up funds for the installation of an interior with quality and technology previously unseen at this price point. The result, we were promised, would be the definitive compact premium car and the range was swiftly expanded beyond the initial three-door hatch body style to include a five-door 'Sportback' variant, then a Saloon, a Cabriolet and various hot hatch models. It was to further cement this Audi's premium credentials that this much improved version of the third generation A3 model range was launched in the Summer of 2016. This was a significant update, given that the usual minor styling enhancements were accompanied by some genuine substance in terms of the changes made. There were two sophisticated new petrol engines, real advances in media connectivity and even the option of the fully digital 'Audi Virtual Cockpit' instrument binnacle from the brand's TT sportscar. The volume 1.4 TFSI petrol engine was replaced by a 1.5 TFSI unit in 2017, the same year that Audi launched an updated version of the top RS 3 hot hatch variant, with power uprated to 400PS. This A3 range in this updated MK3 form sold until the end of 2019, when it was replaced by an all-new fourth generation design.

The post-2016-era changes made to this revised 'Type 8V' model are primarily focused on the front end, where the familiar Singleframe grille was made wider and more sharply contoured. The headlamps that flanked it we also restyled to be flatter and more distinctive than before, with more modern xenon lighting replacing the old halogen units. Take a seat inside and the cabin quality you'll find there really sets this car apart at its price point amongst models from this era, with a really premium feeling of quality and class. The defining feature of the dash remains the prominent four air vents, styled to look like miniature jet engines and made up of no fewer than thirty individual parts including bright metal outer rings that are shaped for perfect grip. The two central vents sit above a smarter panel of ventilation controls that gained a piano black finish as part of the mid-life update, plus there was a restyled three-spoke leather-trimmed steering wheel. It's what you can view through this though, that probably represented the greatest change made as part of the 2016 package of update improvements - the optional 'Audi Virtual Cockpit'. Original buyers had to pay extra for this but if you find a car that has it, you'll get yourself a real cabin talking point, the set-up replacing the entire instrument binnacle with a 12.3-inch colour TFT screen that's fully digital and customisable, with smart 3D graphics and highly detailed effects. Anything this set-up can't tell you will almost certainly be covered by the slimline MMI infotainment display that glides out from the top of the dashboard to deal with audio, informational and phone-orientated functions you can prompt via a chrome-edged rotary controller in front of the gearstick. The retracting screen is 7-inches in size across the range and with these updated models, works with the useful 'Audi smartphone interface' that, through 'Apple Car Play' and 'Android Auto' smartphone connectivity, allows everything you access on your handset to be duplicated onto the slide-out monitor. If you're going to be regularly using the rear compartment in your A3, you really need to have opted for the Sportback bodystyle, not only because of its two extra doors but also because this variant sits on a wheelbase that's 35mm longer than the three-door. As for the boot, well it's 380-litres if you go for this slightly lengthier Sportback variant (as opposed to 365-litres with a three-door A3).

In the search for a compact car that's also a premium purchase, there are probably more charismatic choices than this improved version of the MK3 Audi A3. But we think there are few better ones. Light in bulk, heavy in technology, it's a logical evolution of a breed that's long been one of Britain's favourite company cars. This improved version might look little different at first glance from the original version of the MK3 model but it'll feel so if you get a car whose original owner specified the clever 'Virtual Cockpit' technology and get to grips with the enhanced media connectivity. We also think the introduction of 1.0-litre 3 cylinder petrol power at the foot of the range was even more significant. If your annual mileage is low, you shouldn't automatically opt for a TDI variant without considering it. By pioneering the premium compact hatch segment with original versions of this model, Audi in many ways redefined the meaning of automotive luxury, democratising it without the desirability being diluted. Other brands claim to have done the same of course and many have used a few more visual or dynamic fireworks to grab the attention. Ingolstadt though, doesn't think this A3 needs them and legions of loyal global buyers seem to agree. Cool, class-less and clever, it remains desirably definitive. 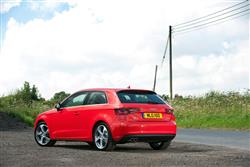 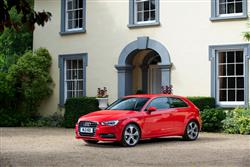 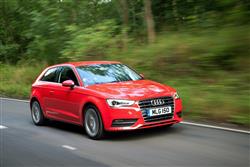 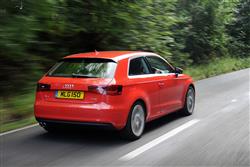 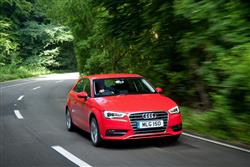 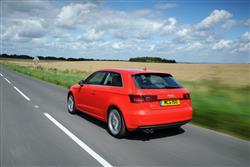