The Audi S4 offered a more sophisticated package in the 'B9'-series petrol turbocharged form that sold between 2016 and 2019. This version of this model had improved quattro 4WD, a quick-shifting 8-speed sports automatic and a potent turbocharged 354PS 3.0-litre V6 beneath the bonnet. It's perhaps not the most engaging mid-sized sports saloon or estate from this period that you could choose, but it's a very complete package.

Ingolstadt called this 2017-2019-period petrol 'B9'-series S4 the '9th generation' version of this model, though we're not quite sure how they count that back. S4s have only been based on the A4 body shape since 1997 and since then, Audi has continually changed its mind about the kind of engine this S model should have. A 265PS 2.7-litre twin-turbo V6 was used until 2003. Then a 344PS 4.2-litre V8 replaced it until 2009, when a 333PS supercharged 3.0-litre V6 arrived. This particular model, launched in mid-2016 and based around the fifth generation A4 design, also used a 3.0-litre V6 but this time, it was turbocharged rather than supercharged and put out 354PS. It was the same engine used in this period by Audi's even more powerful RS 4 model, though in this case, you don't get the additional small electric turbocharger that makes that very top variant almost frighteningly fast. And you don't really need it because this S4 is already very quick indeed. So fast in fact that the huge 500Nm torque figure developed by the big V6 is far too much for the 7-speed S tronic twin clutch auto gearbox used elsewhere in the A4 range and by the previous generation version of this car. So, that transmission was changed too for this 2017-2019-generation model, replaced by an 8-speed Tiptronic set-up working with an updated, more driver-orientated version of Audi's quattro 4WD system. The result for S4 buyers was a powerful package offered in both saloon and Avant estate guises and aimed most directly at premium six cylinder sporting rivals from this period like BMW's 340i and the Mercedes AMG C43. The kind of car, in other words, for people who want to go very quickly but can't quite stretch to - or perhaps don't either want or need - the race-tuned performance of an M3, a C63 or indeed an RS 4 from this time. A considered choice then - and potentially a very clever one. In its original form, the B9-series S4 sold until mid-2019, when it was substantially updated and the petrol 3.0 V6 replaced by a mild hybrid 3.0 diesel V6. It's the pre-facelift B9 petrol S4 models we're going to check out for used buyers here.

Was Audi perhaps a little too subtle with the way that this S4 was configured? Perhaps. Certainly, if it weren't for the 'S4' badgework, you'd have to be something of an Audi product expert to tell this model apart from an ordinary 'S line'-trimmed version of the standard 'B9'-series A4. As ever, there's the option of an Avant estate body style as an alternative to the saloon and both variants seized the opportunity offered by this B9 model's sophisticated MLB Evo platform to offer buyers a slightly larger car than before. As ever though with an Audi, it's the interior that'll really sell you this car. By 2016, the Ingolstadt brand wasn't as far ahead of its rivals as it previous had been in this regard but this remains the defining cabin in its class from this period, with surprising headroom, a wraparound design and a premium feeling of space and safety. You'll need some guidance in the elements that set this S4 model apart since they're not too easy to spot at first glance. The three-spoke sports steering wheel is bespoke, as are the brilliant 'S' Super Sport nappa leather-trimmed seats with their lovely quilted finish and pronounced side bolsters. Otherwise, apart from lovely alcantara trimming on the doors and a few elements of S-branding, the ambience is exactly as it would be in any plushly-specified B9-series A4 model. The 'Virtual Cockpit' (optional for original buyers) replaces the entire instrument binnacle with a 12.3-inch LCD colour monitor and has a layout that's fully digital and customisable, with smart 3D graphics and highly detailed effects. Anything this set-up can't tell you will almost certainly be covered by the slimline MMI infotainment display that dominates the top of the dashboard. It's 8.3-inches in size on this model because Audi's top 'MMI Navigation Plus with MMI touch' system was a standard part of this S4's specification, with its crisp 3D maps and responsive Nvidia graphics. In the rear, you might notice the benefit of the extra 12mm of wheelbase length that this generation model enjoyed over its predecessor, with 23mm more leg room freed up as a result, though to be frank, it doesn't feel that much bigger in the back than the previous generation model. Flip the boot on the saloon variant and the 480-litre capacity that's revealed is the same as you'd get in a rival BMW 340i or Mercedes-AMG C43 but 25-litres more than a Jaguar XE S would provide. If you need more, there's the versatility of a 40:20:40 split-folding rear backrest, the centre part of which is very useful if you need to carry longer items like skis.

Most owners in our survey seemed happy. The most reported faults related to interior trim and non-engine electricals. Look out for bodywork scrapes and kerb damage to the large alloys. We've had some reports of issues with wear to the side bolsters of the leather seats, as well as squeaking front brake pads, so it's worth looking out for both of those. There were a few issues with the car's infotainment system, with phones not connecting properly and flickering screens being the main problem. Rattling parcel shelves and buzzing interior trims were also reported. The automatic gearbox should be checked to make sure it's had a regular oil and filter change, as should the quattro four-wheel-drive system. Many S4s will have been company or lease cars and, as a result, you should check the condition of the bodywork carefully. The high-quality fit and finish of an S4 also makes it an ideal candidate for clocking, so ensure the history is absolutely verified.

What's delivered here isn't really any sort of bona fide super-saloon but more a very, very rapid A4 - which is fine because that's exactly what the majority of likely buyers will be signing up for. And we mean rapid. 62mph from rest is dispensed with in just 4.7s in the saloon variant, with the Avant estate model taking only a fraction longer, and the car has to be artificially restrained at 155mph to please the German Green lobby. It all comes courtesy of the 354PS 3.0 V6 TFSI petrol engine that lies beneath the bonnet, a unit that dispenses with the supercharger used by the previous generation S4 in favour of a more efficient turbocharger. That's one reason why running costs are so much better this time round, with up to 38.7mpg on the combined cycle and 166g/km of CO2 (both NEDC figures) being potentially possible from the four-door derivative. Another thing that changed with this particular S4 was the transmission. Because the Porsche-developed engine here puts out a hefty 500Nm of torque - 60Nm more than the previous supercharged model - that previous model's 7-speed S tronic dual-clutch auto gearbox had to be replaced by an 8-speed Tiptronic unit, but this set-up's impressively quick-reacting and smooth. Not so good is the steering (it lacks that crucial final enth of feel) and the lowered 'S' Sports suspension will be rather over-firm for some, though original buyers could improve it by paying extra for a 'CDC' 'Continuous Damper Control' system that can be tweaked via the settings of the standard 'drive select' driving dynamics system. As well as also altering steering weight, throttle response and stability control thresholds, the 'drive select' modes can also influence the optional 'sport differential' system, which constantly varies the amount of drive to each of the rear wheels for extra cornering traction.

Quite changed with this generation S4. And quite a lot didn't. It's a much classier overall package, both inside and out. And the pokier turbo engine now makes it feel properly quick - like the old V8 models used to be. But the underlying demeanour on offer here is very little different. An S4 is a devastatingly quick tarmac cross country tool, its improved quattro 4WD system giving this model wet weather traction that most rivals still can't match. As ever though, if you want a sporting model of this sort to be some sort of dynamic hooligan, some sort of junior M3, you'd probably do better looking elsewhere. In summary then, the S4 in this guise finally found the right balance between speed and sensibility. If we had to own a car for a week from this segment from this period, it wouldn't be the one we'd choose. If we had to choose one to live with though, it'd be difficult to resist, very fast, very smart - and very Audi. 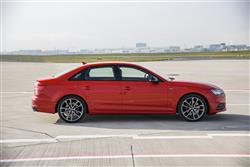 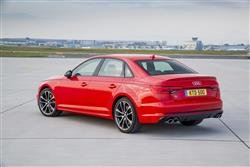 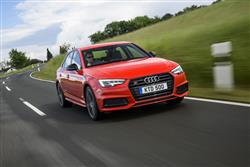 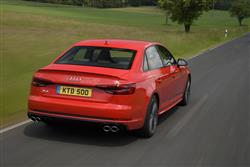 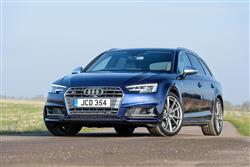 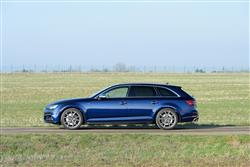