The third generation RS4 Avant showed Audi at its brilliant best. Fast, frantic but perfectly practical, this third generation version was a Ferrari for families, a five-seater estate with a high-revving 450PS V8 that can hit 174mph on the Nurburgring but is just as happy collecting your dry cleaning. You only truly get a sense of just how fast it is by following behind in something else. At which point, whatever that might be, it'll be hard not to wish you were in an RS4. This car, you see, is one of a kind.

Every once in a while, a car is developed that is so good and such a class benchmark that other manufacturers are very wary about taking it on. The Range Rover for example - maybe even the Mazda MX-5. In 2012, Audi launched such a car - this one, the third generation RS4 Avant. If you want a very, very fast, four-wheel drive estate with supercar performance from this era, there's really no credible rival to this one. The work of quattro GmbH, Audi's go-faster arm, the genes of this particular car can be traced right back to quattro's first product, the RS2 estate that was co-developed with Porsche in 1994. It paved the way for the first generation in the RS4 line, the 2.7-litre twin-turbo MK1 model of 2000, ferociously quick but ultimately rather unsatisfying in the way that very fast Audis used to be. The second generation RS4 of 2006 proved to be a landmark car for the brand, a machine good enough at last to properly challenge the all-conquering BMW M3 and a model so well received that Ingolstadt was wary of making too many changes to its successor. Launched here late in 2012, with much the same 4.2-litre V8 engine developing much the same kind of performance as before, this MK3 version seemed to be the safest of evolutions. But appearances can be deceptive. You don't, after all, merely measure speed with a stopwatch. Audi told us that this car was not only more efficient but quicker through the corners, faster on the brakes and more enjoyable for the enthusiast. It was. And that makes it arguably one of the most satisfying practical performance cars of all time. It sold until 2015.

The exterior design of the RS4 has always been about blending just the right amount of discretion and purpose. It's the sort of car that gets a nod of appreciation from those who know what it is but is low key enough to pass unnoticed most of the time. Under the skin is Audi's MLP platform, that which underpins the RS5 coupe that shares this car's V8 engine but lacks its near perfect weight distribution. As for the stuff you can see, well, this car sits 20mm lower than a standard A4 Avant and is 20mm longer and 24mm wider. Chiselled sill extensions and gently flared wheel arches hint at the performance potential, while unique bumpers, a matte aluminium-style front grille and silver mirror housings are all 'RS' sub-brand giveaways to those in the know, as is the smart roof spoiler. Twin oval tailpipe caps and a small diffuser are visible from the back of the car, which is the view most other drivers will get of the RS4. While there's a decent colour choice for the paintwork, the interior is almost totally black, unless, as we would advise, you find a car with the optional Moon Silver headlining. Otherwise, there's little to break up the cabin darkness apart from chrome clasps on the switchgear and carbon inlays. Sporting cues include a flat-bottomed leather multifunction sports steering wheel with aluminium-effect shift paddles and brilliant power adjustable Super sports seats, covered in a combination of leather and Alcantara. We'd still be tempted to go for a car fitted with the optional race-style bucket seats though. Pedals, door sill trims and air vents also mirror the aluminium look, while the instrument cluster bezel is trimmed in contrasting piano black. It all feels agreeably expensive. Nobody does this stuff quite like Audi. In the rear, while there's comfortable space for two, a third adult would sit less happily on longer trips. But there's certainly enough space for five people's luggage though, with a 490-litre boot that can be extended to 1,430-litres if need be. Even Superman needed to put a business suit on at times.

Reliability isn't generally an issue for the RS4. You'll hear lots of horror stories regarding the engine problems experienced with the previous generation version, but these had generally been ironed out by the time of this post-2012 model. Engage the seller in dialogue and try and find out whether the car's been used on trackdays: if it has, we'd walk away. Look out for kerbed alloys - they can be pricey to fix. Have the brakes checked as well; the car in question might need new pads/rotors. Otherwise, provide the car has a fully stamped-up history, you can buy with relative confidence.

Never mind the R8 supercar or the TT coupe, if you want to understand how brilliant Audi can be in building a sporting car, the RS4 is always the best barometer, especially in this third generation guise. With 450PS from a hand built 4.2-litre V8 that revs to 8,250rpm, it's obviously fast, but thanks to clever electronics, optimised weight distribution and a more rear-driven agenda, this generation version puts something on the menu that's sometimes been absent from Audi RS models: fun. Is it perfect? No of course it isn't. The steering lacks a little feedback, the fuel tank is too small to match the engine's thirst and we can't afford one. Other than that, it's virtually flawless, which is impressive as it doesn't really have to be. After all, what other high-performance four-wheel drive estate car is there to challenge this one? An AMG Mercedes or an M Power BMW from this era wouldn't give you the all-round grip. A high performance SUV couldn't offer the pin-sharp handling. Perhaps this MK3 RS4 needed to be this good to continue deterring rivals from making a challenge. Who knows? What's beyond debate is that if you love fast cars and need something with more than a little practicality and year-round capability, then this Audi stands head and shoulders above anything else remotely comparable. Drive it and you'll experience a slightly guilty thrill as if something this much fun really couldn't be legal. One day cars like this might well be legislated out of existence. In the meantime, enjoy this one while you can. 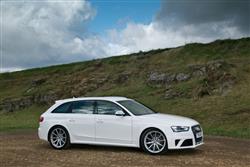 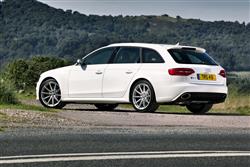 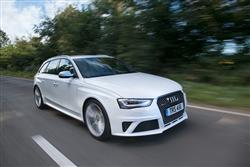 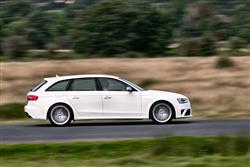 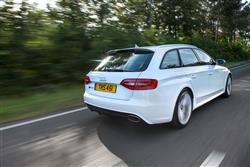 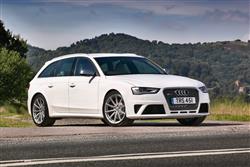