Back in 2015, BMW's 2 Series Active Tourer brought front wheel drive and MPV versatility to the Bavarian maker's line-up. In 2018, this 'F45'-generation model was lightly updated and made a little smarter, safer and more sophisticated. And even better prepared to offer a more premium option to buyers of mid-sized five-seat People Carriers. It's that updated model we look at here as a used buy.

At its launch in 2015, the 2 Series Active Tourer crashed straight through all that we thought we knew about BMW product planning. It was an MPV People Carrier. And it was front-driven. Plenty then, for the Bavarian traditionalists to get choked up about. As usual though, they were proved wrong. This 'F45'-series model sold well and in mid-2018, the brand significantly improved it, creating the car we're going to be looking at here. Ours turned out to be the third biggest global market for the 2 Series MPV model line, with over 20,000 Active Tourers sold here prior to the launch of this lightly facelifted version. As before, this five-seat design sold alongside a slightly lengthier seven-seat Gran Tourer model, which also benefitted from the same package of changes. These included small updates to the engine range, styling tweaks and, perhaps most significantly, the addition of a new 7-speed auto gearbox as an option on the majority of models. New buyers could also have more camera-driven safety kit too. Otherwise, things were much as before, which meant a package based around the space-efficient front-driven platform and engine package originally developed for the third generation MINI Hatch. BMW hoped that the result would be a technological cut above volume brand offerings in the mid-sized five-seat MPV class like Renault's Scenic, the Volkswagen Golf SV and the Ford C-MAX. And that claim was underlined by the continuing availability at the top of the range of an advanced 225xe iPerformance model for those favouring petrol/electric plug-in hybrid technology. Most 2 Series Active Tourer buyers though, preferred to focus on more conventional mainstream petrol and diesel variants, which offer a premium feel rivalled only in this segment by the Mercedes B-Class, the latest third generation version of which this BMW had to be good enough to beat. This 'F45'-series design sold until late 2021, when it was replaced by an all-new second generation design.

We'll let BMW themselves start this off. They claimed that this 2 Series Active Tourer combined 'dynamism, style, elegance and practicality in one cleverly packaged car'. That's their perspective. Yours might well be that when it comes to 'dynamism, style and elegance', other similarly-sized models from this Bavarian maker are more desirable - cars like the 1 Series hatch, the X1 SUV or the 3 Series Touring estate. Focus on the 'practicality and packaging' elements though and you'd always choose this 2 Series Active Tourer in preference to any of these cars. As we'll see here, it's more space-efficient than any other model BMW makes. That's not a design approach conducive to eye-catching exterior looks, but Chief Stylist Michael de Bono did his best and a range of subtle mid-term aesthetic tweaks here aimed to give the car a little more school run pavement presence. We're prepared to bet though, that what'll really sell this Active Tourer to you is the at-the-wheel experience it offers. It's certainly easy to get an ideal driving position, thanks to plenty of rake and reach adjustment from a smart leather-trimmed steering wheel through which you view the usual crystal clear set of BMW dials. If you're familiar with the original version of this car, you might not notice any particular changes made to this facelifted model - but there were a few and they're actually quite significant. Longer seat cushions make the front chairs more comfortable over lengthier trips. Perhaps more importantly, there was also the extra option to new buyers of replacing the standard 6.5-inch iDrive centre-dash screen with a larger 8.8-inch touch-sensitive display that came with the brand's extra-cost 'Navigation Plus' package. Get yourself comfortable in the back and the news is largely good, with decent space for three fully-sized adults that's aided by generous headroom and a relatively low centre transmission tunnel. Usefully, the rear bench does recline - and (providing you avoid entry-level trim) it slides too, in a 60:40 split over a 150mm range. Move it back to the rearmost position and you'll enjoy impressively generous standards of legroom. Finally, the boot. For ordinary petrol and diesel variants, the capacity figure is 468-litres. If you really need to super-size your space, then the rear bench drops electronically at the touch of a button to create an almost completely flat 1,510-litre cargo area.

The Active Tourer was BMW's first ever front-driven model, borrowing MINI underpinnings but developing them to produce a more relaxed, usable end result. The ride remains a little firmer than MPV segment buyers will be used to but if you find a car whose original owner specified the optional Adaptive Suspension package, that'll be improved. This works through the various settings of the standard 'Drive Performance Control' driving modes system, which tweaks steering and throttle response. Gear change timings too if you opt for a car fitted with auto transmission - at which point we need to mention that a 7-speed self-shifting Steptronic 'box introduced as part of this model update was available to buyers of the 1.5-litre 216d and 218i three cylinder petrol and diesel models. All the engines on offer belong to BMW's second generation EfficientDynamics family, which delivered efficiency improvements over the original version of this model of up to 5% in the case of the petrol variants. If you don't want the 116hp 216d or the 140hp 218i, then a switch to four cylinder power will give you the option of the 2.0-litre 218d diesel. This manages up to 61.4mpg on the combined cycle and up to 121g/km of CO2 (both NEDC figures). There are three other engine choices, starting with the 190hp units that power the conventional 220i petrol and 220d diesel variants - the latter was available with optional xDrive AWD. Deliberately unconventional is the most interesting variant in the range, the 225xe petrol/electric Plug-in hybrid, which mates the 218i's 1.5-litre petrol engine with an 88hp electric motor and offers 28 miles of all-electric driving capability.

Only BMW has ever been able to make a five-seat mid-sized MPV feel really quite desirable - and to some extent it did so with this car. The Active Tourer was the model that paved the way for a whole series of more efficient front-driven BMW designs and it still has plenty to offer if you want a compact five-seat MPV don't mind paying a little more for a car of this kind. And in summary? Well it says much that over 80% of the people that choose this car have never purchased a BMW before, customers who probably never thought they'd be selecting a model from this Munich maker. They won't be getting 'the ultimate driving machine' because that's not what they need. Getting instead what may very well be 'the ultimate small people carrier' could though, suit them very well indeed. 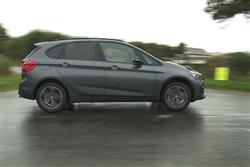 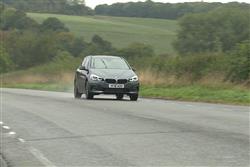 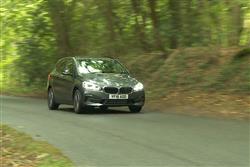 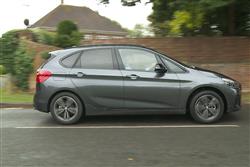 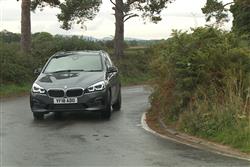 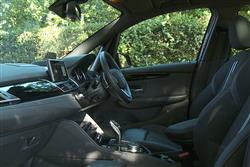