It took BMW a long time to develop an entrant in the Mercedes CLS-Class-dominated four-door executive coupe segment but the 6 Series Gran Coupe model he Munich maker introduced in 2012 proved to be well worth the wait. Elegant, beautifully finished and astonishingly efficient, it's very impressive indeed, provided that your concept of coupe motoring is that of grand touring rather than grand tyre-smoking gestures. An expensive indulgence? Perhaps. But a very desirable one. Let's check it out as a used car buy.

BMW is a fiendishly smart company in the field of engineering but it's rarely first to the punch when it comes to cars that break new ground. Perhaps that doesn't matter. The important issue, after all, isn't who arrives first in the ring. It's who's left standing at the end. This Munich maker invariably is, having sized up the opposition and delivered a knock-out punch. Such is the case with this car, the 6 Series Gran Coupe, a premium four-door coupe that didn't make it here until the Summer of 2012, seven long years after Mercedes had pioneered the concept for the modern era with their CLS and two years after Audi and Porsche had copied it, respectively with the A7 Sportback and the Panamera. Why such a lengthy delay? Well in truth, it was pretty much to do with BMW taking its eye off the ball with the original 6 Series launched in 2003 and not considering a four-door derivative. By the time they saw spy shots of the Mercedes CLS and realised their mistake, it was too late to change things. Which meant having to wait until the second generation 6 Series was launched in 2011 before making plans to enter the four-door coupe sector. Still, what we were given when the 6 Series Gran Coupe eventually did arrive was a very sleek interpretation of a concept that sounded like a contradiction, that of a sporty coupe fashioned with four doors. Initially, six cylinder 640i and 640d petrol variants were made available, alongside a V8 petrol 650i derivative. In 2013, a 4.4-litre V8 turbocharged 560PS M6 flagship version joined the range. The whole Gran Coupe line-up was upgraded late in 2014, but it's the early 2012 to 2014 examples that we're going to focus on here.

Not all recent BMW designs have been really elegant - but this one is. Here, we've an executive saloon on a casual dress-down day, a car with all the proportions of a classic Grand Touring coupe, yet most of the spaciousness you'd find in a luxury four-door. From the front, you might mistake it for an ordinary 6 Series Coupe, but move to the side and you notice not only the extra doors but the fact that this is a much bigger car, the 113mm hike in the wheelbase taking the length of this Gran Coupe over the five-metre barrier that marks out really long cars from the rest. Familiar design features common to other models from the Munich marque include what the brand calls a 'shark nose' with a large forward-leaning double-kidney front grille that has broad air intakes and is flanked by dual round xenon or LED headlights. From here, a long flat bonnet leads upwards through the front windscreen pillars into a roofline that's still sweeping and coupe-like thanks to the wheelbase increase. There are frameless aluminium doors housing long side windows intended to emphasise the space within, while if you progress past the distinctive C-pillar 'Hofmeister kink' to the rear, you'll find bulging wheelarches and horizontal lines that are there to accentuate the wide track and serve as pointers to this BMW four-door's more dynamic mission. Position yourself inside on the lightweight seats with their integral belts and behind the wheel, there's the Bavarian company's usual driver-orientated cockpit, the automatic gear selector, electronic handbrake and iDrive infotainment controller all falling easily to hand mounted on a centre console that runs through to the rear of the cabin. The instruments and switchgear are, as usual, a model of quality and clarity and iDrive is much easier to use than rival touch-screen infotainment systems. But it's the little touches you remember most. We love the contrast leather stitching on the dashboard and centre console, with its picked out seam that runs across the leading edge of the glove box and then takes a turn south, past the iDrive controller and then back onto the driver's side of the centre console. Beautiful. But what's it like in the rear? Is this actually a realistic alternative to a 5 or 7 Series saloon? Initially, you might wonder. Getting your gran into the back of a Gran Coupe might present a few difficulties thanks to the small door apertures, the trailing edge of the frameless window, the low roofline and the heavily curved door sills. Once inside though, most should be very comfortable thanks to the extra wheelbase increase, provided first that they're not over six foot tall (blame that sweeping roofline) and second that the front seats haven't been positioned in their lowest possible setting (in which case there's very little room for your feet). BMW talks of room for three in the rear and indeed fitted a trio of three-point seatbelts, but confining an adult to the centre part of this bench will test friendships to the limit thanks to the intrusion of the centre console which, as we said, extends along the top of the central transmission tunnel all the way back here, requiring the middle occupant to sit legs-astride it. Like the rival Mercedes CLS - but unlike this model's two other competitors, the five-door hatchback Porsche Panamera and Audi A7 Sportback - this BMW's notchback shape features a proper boot. This boasts a volume of 460-litres, slightly more than a Panamera but less than an A7 or a CLS, a figure you can extend with a through-loading hatch for longer items, or fold the rear seat backs forward to free up as much as 1,265-litres of total space.

No significant problems have yet to be reported with this Gran Coupe, although minor niggles such as blown LED lights have been brought up. Be aware that the desirability of the car is very dependent on colour choice. Stick to safe silver, graphite or black and you shouldn't go too far wrong but some of the more colourful hues won't be so easy to sell on. Check the electronic functions work as some of these can be a very expensive fix. Also check the tyres for signs of uneven wear and look for kiddie damage in the back. Obviously, it's preferable to have one with a full BMW service history as these are expensive cars from new and any mechanical issues could be expensive.

[based on a 2012 model 640d diesel auto] Parts prices for a 6 Series Gran Coupe can be reasonable if you shop around. We trawled around the internet and found these: allow around £75 for a clutch master cylinder and around £17 for a fuel filter; a brake disc is around £85 and a cylinder head gasket around £70. However, most buyers will want to continue to service their cars at BMW main dealers. Here, inevitably, parts prices are significantly higher.

In any spec, the 6-seriesGran Coupe is a quick car; up to motorway speeds (and over where permitted) it barely seems to require any effort at all. The diesel, though slightly less powerful, has a helpful amount more torque than the petrol equivalent and on the road, this translates into even easier progress. It's a car where you have to be careful of how fast you're going, such is the power on offer. To drive, the 6-series Gran Coupe is a very relaxing and comfortable machine. The seats prevent fatigue and though it's smaller inside than a 5-series, there's plenty of space for four people. The size and weight are quite significant though, so it's a car that you place rather than throw into or out of corners, but it rarely gets caught out. The chassis is very good and the suspension soaks up most bumps with ease. The M-sport suspension is a little stiffer though and is obviously a compromise as over very rough roads, it crashes a little too much. Though the V8 650i offers a whole other level of performance, it's not really worth the extra money. Both 640 variants are quick enough to get you into trouble and neither use anywhere near as much fuel. The 640d offers the best blend though, as you get the performance with diesel fuel economy. The extra torque goes some way to making up for the less interesting sound and feel of the diesel too: 133Ib/ft is quite a significant amount when there's only a 60kg difference between the two cars. Should you really want a petrol car though, there's not many production petrol engines that are quite as impressive as BMW's 3.0-litre turbocharged straight six. Not only does it sound fantastic, the way manages to pull such a big, heavy car to high speeds is stunning. The torque, though a lot less than the diesel, arrives earlier in the rev range, so the 640i can pull both hard and long, making the experience a little more enjoyable.

Of all the motivations you might have for spending a serious chunk of money on a luxury car, perhaps the most important is the need for it to make you feel special. And that's exactly how you'll feel with a 6 Series Gran Coupe in your driveway. It's what sets this executive four-door coupe apart from the BMW 7 Series saloon you could have for the same money. And it's also what makes this a rarer, more exclusive choice than a rival Mercedes CLS or Audi A7 and a more beautifully resolved design than the only other direct alternative, Porsche's Panamera. So, late though this 6 Series Gran Coupe might have been in arriving in this sector, it bears all the hallmarks of a product that's been better thought through than any of its competitors. Original buyers had to spend quite a lot on the options list to make it into the 'ultimate driving machine' the Munich maker's ads promised but if you find an example that's been well-specced up-front, then you'll get yourself a very dynamic driving tool. In diesel form, it also delivers a very strong set of running costs too. Was this the best model BMW made in the 2012-2015 era? There are many who would say so. And the best four-door premium coupe? Yes, that as well. 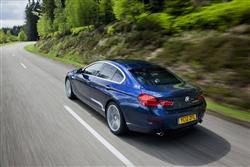 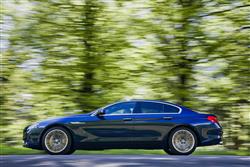 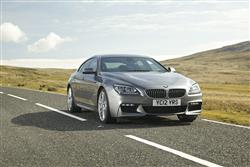 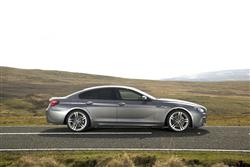 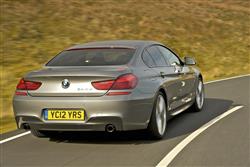 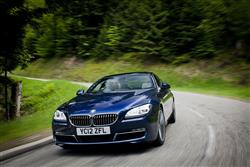