This sixth generation BMW 7 Series is a technological powerhouse that improved its brand's fortunes in the full-sized Luxury saloon segment. Boardroom buyers were targeted with a fresh level of sophistication, a more involving driving experience and significantly lower running costs courtesy of the clever 'Carbon Core' bodywork. All along with the sumptuous interior, silky-smooth ride they will have a right to expect. Let's check the original version of this G11/G12-series model out as a used buy.

Don't be deceived by the conservative looks. This G11/G12-series 6th generation 7 Series model, launched in the Autumn of 2015, promised us nothing less than a game-changing interpretation of what a full-sized luxury saloon could be, with technology that was shared not only with lesser BMWs but with the various Rolls Royces. Through this '7', it was promised, we could glimpse the future of automotive luxury. A time when cars would park themselves without a driver at the wheel. Where a mere gesture would be enough to operate the switchgear. And where futuristic carbonfibre construction and plug-in hybrid technology would deliver running costs to make little citycars look wilfully inefficient. There was more too in this MK6 model, courtesy of an all-new platform and an adaptive, fully air-sprung chassis that moulds itself to the road and can even predict it thanks to pioneering infotainment and navigation technology that back in 2015 was good enough to show other brands exactly what a car of this kind ought to be. And demonstrate to customers what a 21st century luxury saloon could be - which was important at a time when boardroom buyers were no longer automatically selecting from the large luxury saloon segment. Their custom was also being coveted by Range Rover-style top luxury SUVs, large four-door luxury coupes like BMW's own 6 Series Gran Coupe and futuristic full-electric top-end models like the Tesla Model S. When a car of this kind is done well though, there's nothing quite like the real-world Rolls Royce experience it can deliver. Is that what's on offer here? Many 7 Series owners thought so. The original version of this G11/G12-series model sold until early 2019, when it was heavily facelifted. Here, we look at the pre-facelifted design.

This, we were told by BMW back in 2015, was (is?) a 'thoroughly modern interpretation of luxury' - make of that what you will. Ultimately for some, it'll come down to whether this sixth generation 7 Series model really has the road presence of a rival Mercedes S-Class. Many may think not, but we can see other boardroom buyers appreciating the styling's conservative values. Behind the wheel, the design approach seems less understated than it is outside - and feels very opulent. There's not a single piece of black plastic to be seen, every surface instead covered in nappa leather, alcantara or exquisitely-varnished wood. True, there's perhaps more of a similarity to lesser BMW models than some well-heeled owners might want, but otherwise, the layout is difficult to fault. It's set off by silver finishing, a stitched leather dash-top covering and lovely colour-selectable ambient lighting strips that illuminate to create a classy feel after dark. Plus there's a smart touchscreen surface for the control panel of the 4-zone automatic air conditioning system. As you'd expect, you're comfortably cossetted by electrically-adjustable Comfort seats, equipped as standard with Massaging functionality and perfectly positioning you in front of the three-spoke wheel. Through it, you view what at first glance appears to be a conventional instrument layout, but which on closer inspection turns out to be an interactive virtual display, the main gauges separated by a small central analogue clock, with advanced information graphics showing just below. Anything you can't learn from the read-outs ahead of you will be covered off by the vast 10.2-inch display of the 'Professional Multimedia and Navigation system' that dominates the centre of the dash. What about the rear seat experience, a part of this 7 Series on which the designers have lavished considerable care - which is just as well since this will be the most important area of the car for many potential buyers. Even with the short wheelbase model, standards of legroom are very generous, almost exactly matching those of the class standard-setting Mercedes S-Class, plus you'll enjoy around 30mm more headroom than that car can offer before reclining your neck into the lovely Alcantara Headrest Pillows. On to luggage space, where the 515-litre boot is a fraction larger than that of a rival S-Class and significantly bigger than that of a rival Jaguar XJ or Audi A8. It's a pity though that there's no option to extend it with retractable seatbacks: after all, even 7 Series owners visit IKEA sometimes. Bear in mind too that if you opt for the 740e PHEV hybrid model, bootspace will fall to 420-litres.

Our owner survey did reveal many satisfied users of this 'G11/G12'-series model, but inevitably, there were a few issues reported. A few owners reported problems with the diesel engines and the gearbox. Others had glitches with the bodywork and interior trim. Obviously, a fully-stamped service history is vital. This car uses complex engines and only regular and appropriate maintenance will see them go the distance. Otherwise, it's just the usual things. Insist on a fully stamped-up service record and check the alloys for scratches and scuffs.

BMW threw everything it knew at making this sixth generation 7 Series a match for its S-Class arch-rival. There's even an optional feature that allows it to remotely park itself while you stand on the pavement and watch. More importantly, so-called 'Carbon Core' construction took 130kgs of weight out of the bodyshell, combining with the lower centre of gravity to make this car more agile. That's a quality original buyers could improve with optional xDrive 4WD and an extra-cost 'Integral Active Steering' system that gave extra manoeuvrability through the corners. As with lesser BMWs, this one features a 'Driving Performance Control' set-up that allows you to tweak ride quality as well as throttle response and the change times of the standard 8-speed automatic gearbox. Here though, the system's more sophisticated and includes a 'set-and-forget' 'Adaptive' mode that makes all the decisions for you, using predictive Navigation data to set the car up for the road ahead. Keep your 7 Series in that 'Adaptive' setting and you'll be able to continually get the most from the advanced 2-axle self-levelling air suspension system that was developed for this sixth generation model. Many original owners embellished this set-up with the optional 'Executive Drive Pro' active chassis control feature that uses electromechanically-adjustable anti-roll bars to compensate for bodyroll. As for engines, well the key addition to the MK6 line-up was a petrol/electric Plug-in hybrid 740e variant, but most prospective buyers continued to want the 265bhp 730d six cylinder diesel derivative, a car capable of class-leading efficiency - 60.1mpg on the combined cycle and 124g/km of CO2. Balancing this kind of frugality with extra power is the 320bhp 740d diesel version, plus there are six and eight cylinder 740Li and 750i conventional petrol variants for those that want them.

Whether you prioritise clever gadgetry, hi-tech engineering or sharp running costs in your luxury saloon, this G11/G12 7 Series operates from an agenda that will certainly impress. Conservatively styled it may be: conservative in outlook it certainly isn't. In summary, though it might not be the obvious choice in the full-sized luxury segment if you're looking for a model made in the 2015-2018 period, this MK6 7 Series is an important contender for potential buyers to consider. Certainly in sixth generation form, it's a different proposition when it comes to quality and technology, good to drive - and even better to be driven in. To ignore it would be to miss out on quite a treat. And quite a car. 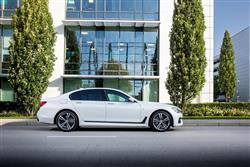 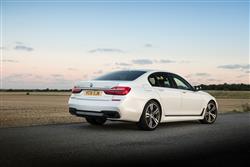 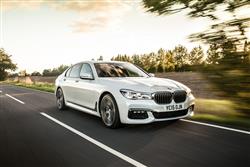 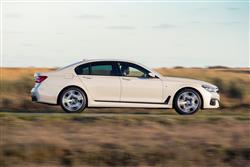 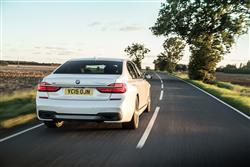 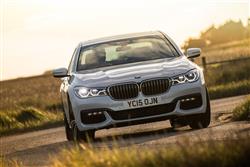