At its launch in 2013, BMW's i3 was an electric vehicle unlike any we'd previously seen. It could be bought either in pure electric form or with a Range Extender petrol engine added to prolong the period owners could travel between potentially rapid charge-ups. The light weight of a specially developed state-of-the-art carbon fibre and aluminium chassis further help with extending that mileage and, along with the startling power of the battery pack, this also plays its part in creating the kind of dynamic driving experience you simply wouldn't expect an electric vehicle to be able to provide. But then this is BMW's approach to EV motoring. Perhaps we shouldn't be surprised. Here, we evaluate the original 2013 to 2017-era version of this i3 as a potential used car buy.

BMW were the first of the prestigious brands to enter the mainstream part of this electric vehicle market with this car back in 2013 - the i3. In size, as you can see, it's not a lot different from the kind of smartly badged small Audi, Mercedes or BMW that, in decently pokey diesel automatic form, would cost you about the same. The concept on offer here though is far more forward-thinking - that of offering zero emissions in a premium package, yet at an affordable price. Such an objective might sound straightforward but the engineering necessary to deliver it is anything but. Hence the reported £2 billion development cost for this, the first in a whole series of alternative drive i-branded models we'll be seeing from the Munich maker. Like its sister model, the hybrid i8 sportscar, this is a very different take on EV motoring, designed from the ground-up as an electric vehicle and unusual in this segment in its use of rear wheel drive and its emphasis on an engaging at-the-wheel experience. It's groundbreaking too in the lightweight chassis and bodywork solutions that have left it far less heavy than other pure electric rivals. That enabled BMW to fit larger lithium-ion batteries that helped with the operating range, which in real-world terms was around 80 miles with the originally-launched model. Things improved greatly in 2016 when a new 94Ah/33kWh battery unit increased that range by almost 50%. Buyers still not convinced by that can get themselves the alternative 'Range Extender' version with a tiny two cylinder petrol engine out back that almost doubles the length of journeys you can take between potentially quite rapid charges. A facelifted i3 range was launched here in early 2018, complete with an extra, slightly more potent i3s derivative. Here though, our focus is on the original 2014-2017-era model. In some ways, the i3 is a car of contradictions. An individual choice, yet with mass appeal. And an eco warrior that a petrol head might also enjoy. Ultimately though, it's a BMW born to be electric - which ought to be a very good thing indeed. Let's find out.

You should check following things have been serviced and/or replaced: door seals (particularly on early '63 plate cars), sunroof seals and HV cables. Also, check that the car you're looking at had the necessary software update that BMW announced in mid-2016. Ideally, you'd stay clear of the earliest '63-plate or '14-plate cars as they've exhibited the most consumer issues - the '63-plate models (most of which were built for BMW's original demo fleet) particularly. The '14 plate cars can be a little hit and miss; many you'll find will be sporting redesigned parts; find out from the original owner what these are. It's just another reason to try and stretch to a post-2016-erra car with the longer-range 9AH battery. Also check the nav system has had a current map update; if it hasn't, your mapping is liable to be up to three years out of date! As usual with a small family car, kerbed alloy wheels and signs of interior child damage are very possible. Use these as negotiating points with the seller.

(approx based on a 2015 i3 Range Extender excl. VAT) Because this is an electric car, the amount of parts needing maintenance aren't that great, but there are a few. A pair of rear brake pads are about £75. And a wiper blade costs around £23. If you're buying from a BMW dealer, check whether the car has the cover of a BMW insured warranty; remember that this applies only in the first three years from new and without a warranty in place, repair costs can be absolutely ruinous - e.g. a safety box can cost well upwards of £2,000 if it needs replacing. Warranties not issued from VBMW dealers will probably be useless.

If, so far, you've been a bit sceptical about electric vehicles, then you need to try this one. Even if it doesn't change your viewpoint, you're going to have a heck of a lot of fun proving yourself right. It's distinctive, enjoyable and feels like a genuinely special ownership proposition. Compared to this i3, even a talented vehicle like BMW's own 1 Series seems a bit grey and two-dimensional. Like it or not, this is the future for small cars. Like most British buyers, if we were spending our own money, we'd definitely go for the version with the Range Extender petrol engine fitted. It gives the car the added flexibility you'll appreciate when life doesn't quite go to plan and, apart from the premium being asked, other downsides are few. Quite frankly, why wouldn't you? That's a question you could ask of the i3 package as a whole. And answer negatively by citing prestige pricing, awkward looks and restricted rearward space. None of these thing though, are issues likely to unduly bother the vast audience BMW is targeting with this car. People who've so far stayed away from the electric vehicle revolution - but might well join it with this car. The i3 has, after all, marked a real milestone in EV development. As for buying secondhand, well we'd try really hard to stretch to a model sold from 2016 onwards. By that time, early teething issues were generally sorted and buyers got the benefit of a gutsier 94AH battery with a longer operating range. If that's possible, then you can buy with quite a lot of confidence. With a carbon-fibre chassis, brilliant ConnectedDrive services, a bold and futuristic design ethos and genuine real world ownership flexibility, the i3 proved to be an electric vehicle that did more than just move the game on. It re-wrote the rules. 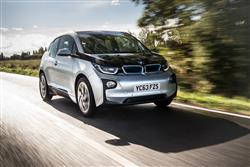 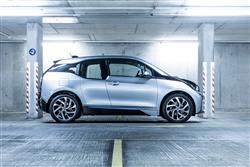 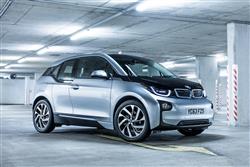 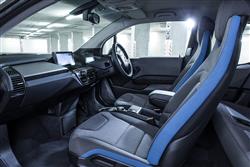 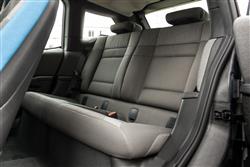