The X1 is BMW's premium compact SUV and this second generation version has been much improved. The variant most will go for is the xDrive 20d diesel we're trying here. Jonathan Crouch finds out why.

One in every ten BMWs sold is an X1 and that figure's set to rise as the premium part of the family SUV segment continues to grow. This improved MK2 model aims to capitalise on this sector's popularity, providing potential Qashqai-class buyers with a premium-badged option that's now a far more credible choice. BMW created the original MK1 X1 from various bits borrowed from the rest of its product line-up, but this second generation version offered a decent step forward and now has been usefully updated to create the car we're going to look at here in volume xDrive 20d diesel guise.

Today, it's hard to imagine a BMW line-up without an X Series range of performance-minded SUV models. The Bavarian brand calls these 'Sports Activity Vehicles' and they now account for over a fifth of the company's worldwide sales, with the starting point of the line-up the model we're going to look at here - the vastly-improved second generation X1. Clearly this is a car provided to get customers onto the first rung of a ladder that the Munich maker hopes will lead on to ownership of larger and faster X3, X5 or even X6 models. But it's also there to give BMW something that its larger Audi Q5-sized X3 design is too heavy and expensive to deliver: namely, entry into the world's fastest growing automotive market segment - that for Qashqai-class Crossovers. This improved MK2 variant will better suit this sector and continues to use a hi-tech UKL chassis borrowed from the MINI Hatch that provides the perfect platform for the X1. This car is smart and efficient, plus we're told it's got engaging driving dynamics and high build quality. Time to try it in volume xDrive 20d diesel form.

The MK2 model X1 uses BMW's efficient generation of four-cylinder engines. Plus the brand's intelligent all-wheel-drive system, which distributes the engine's power between the front and rear axles as the situation requires, has been upgraded. Most buyers though, will be happy with front-wheel-drive. There's also a wide track, short overhangs and the usual 50:50 weight distribution. We tried the xDrive 20d diesel model that's only offered with 4WD. This on-demand system gives you just enough traction for icy days and muddy tracks. You shouldn't attempt much more than that given the modest 183mm ride height. This variant uses BMW's familiar 2.0-litre TwinPower diesel unit in a 190hp state of tune, enough to offer 400Nm of torque and thereby sufficient to enable this variant to tow up to 2 tonnes, should you need it to. In an xDrive 20d X1, you'll make 62mph from rest in 7.6s en route to 136mph if you're quick with the slick-shifting 6-speed manual gearstick.

This improved second generation X1 range is priced between £29,000 and £35,000, with the mid-range xDrive 20d model we're trying here - the one most buyers will want - needing a budget starting from around £35,000. Overall, we're talking of figures that see this second generation X1 pitched a little more expensively in this form. Standard equipment includes 18-inch alloy wheels, front foglights, an automatic tailgate, Park Distance Control rear parking sensors, heated power mirrors, roof rails, an alarm, auto headlamps and wipers, a chrome-finished exhaust pipe, plus matt silver front and rear underbody protection panels. Inside, the 40:20:40 split-folding rear backrest is standard-fit, plus there are niceties like two-zone automatic air conditioning, 'Comfort Go' keyless engine start and the 'Drive Performance Control' vehicle dynamics system. Other standard items include a 'Sport' multifunction leather-trimmed steering wheel that features controls for the decent quality six-speaker 'Professional' radio set-up with its DAB tuner, CD player, USB and Aux-in interfaces and audio streaming features. You can also oversee the stereo via the 6.5-inch colour screen and rotary controller of BMW's intuitive iDrive infotainment system. This also deals with Bluetooth 'phone functionality and the standard Navigation system that some rivals will make you pay extra for.

Time for some detail on this car's class-leading returns. All the fuel figures we'll quote are WLTP-rated; the CO2 readings are NEDC-spec. With auto transmission as standard, the 190hp xDrive 20d diesel posts figures of up to 55.4mpg and 123g/km. To give you some range perspective on that, we'll tell you that the sDrive 18i petrol model manages up to 56.5mpg and up to 122g/km of CO2. The 2.0-litre petrol X1 xDrive 20i model is quick, but its official WLTP combined cycle fuel consumption is up to 51.4mpg, with CO2 emissions of up to 140g/km. Turbocharging and common-rail direct injection imbue the preferable diesel engines with strong efficiency. What else? Well, there's a condition-based service indicator on the dash to advise you when your car needs a garage visit, but new to me was the clever 'TeleServices' feature that comes as part of the BMW 'ConnectedDrive' services you can access through the iDrive infotainment system. Via this, before each service appointment is due, your X1 can put in a 'TeleServices' call to your nominated BMW service centre, complete with detailed information on vehicle condition. On to the warranty package. BMW offers a warranty that lasts for three years, no matter how many miles you complete. As for insurance groups, well you're looking at group 30E for this xDrive 20d variant.

BMW needs this car to be good. These days, the X1 is no longer a niche player. For most buyers, one of these would make far more sense than BMW's comparably-sized 3 Series Touring - and there aren't too many reasons to pay more for the Bavarian brand's larger X3 model either. As for appeal within this X1's market segment, well it's more practical, slightly cheaper to run and classier to sit in than Audi and Mercedes rivals who really now have a fight on their hands in taking on this car. 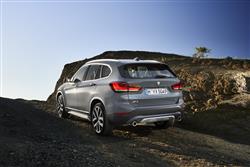 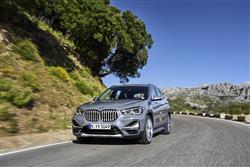 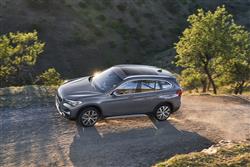 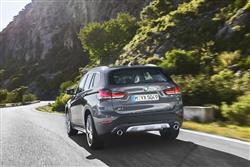 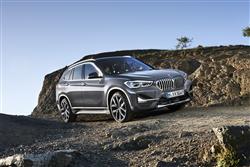 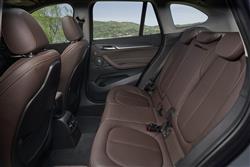