Once upon a time, size suggested the price you'd pay for your car. The bigger the model you chose, the pricier it would be. That's no longer necessarily true. Spiralling fuel prices, emissions-based taxation and ever-more congested city streets have left many buyers no option but to choose a very small runabout, but sales of models like the MINI have proved them quite willing to pay premium prices, provided the package on offer is stylish enough. This was an approach perfected by Italian brand Lancia long before the modern era MINI turned up, the Latin maker offering style-conscious European city folk a succession of comfortable, chic and responsible city runabouts wrapped up in cutting edge technology. Cars like this one, the Ypsilon, a Lancia, but not as we know it. In this case, this model is badged as a Chrysler: in 2011, the Fiat group decided on this approach for the UK market. Elsewhere in Europe at the time, the Ypsilon design was being sold as a Lancia but that brand left the British market in 1994. Rather than re-introducing it, the Italian conglomerate decided it was easier to re-badge the Ypsilon and sell it as a Chrysler, a brand they'd just purchased. Chrysler had an established UK dealer network to sell and maintain the car - and that marque badly needed a small car in its model line-up. Whatever you call this vehicle, under the skin, it's based on established underpinnings. The Ypsilon platform is borrowed from Fiat's Panda and is a slightly stretched version of that found in the diminutive Fiat 500 city runabout. Chrysler claimed that this platform was big enough to give this Ypsilon the versatility of a Fiesta-sized supermini at the same time as offering the small, urban chuckability of a Ford Ka or a Toyota iQ. And they reckoned that this car had the style and interior class to tempt buyers of the premium, fashion-conscious high cost models we mentioned earlier - cars like the MINI or the Audi A1. Big claims that didn't quite translate into sales reality during this model's time on the UK market that came to an end with Chrysler's exit from the British market in 2015.

If you're looking at the entry-level 1.2S model, prices tend tio range between around £4,500 and £5,500, but it really is worth finding £300 or £400 more for the plusher 'SE' variant, for the 'S' really was sparsely-equipped. The Ypsilon to ideally have though is the pokier 0.9-litre turbocharged petrol TwinAir model, which tends to command a premium of around £600 over and equivalent 1.2 SE variant.

The designers behind this Ypsilon tried to create a product sitting between the Ford Ka-like Citycar and Ford Fiesta-like Supermini sectors in terms of size, passenger accommodation and bootspace. It was priced though, at the higher Supermini end of the spectrum, justification for which was provided by what Chrysler called 'segment-leading luxury' and 'eye-catching design'. Certainly, if you want to stand out from the small car crowd, this Ypsilon's distinctive design will provide you with the means to do just that, powerful projector headlamps sitting either side of Chrysler's shield-like front grille. Like the brand's larger Delta hatchback, it's a design of two curves, the first taking the line of the bonnet, following it along the waistline, then rising into the rear pillar. The second rising with the front A-pillar to designate the roofline before dropping at the rear to follow the outer edge of the tailgate window. You can see why it appealed so much to the young, fashion-conscious ladies who accounted for most of this car's Italian sales, though the trendy looks didn't translate onto British streets quite as easily. At first glance, you'd probably think that this model was a sporty three-door, but closer inspection reveals rear door handles concealed in the C-pillar. Use them and you'll find in a cabin that, thanks to the tall shape of this design, is fine for adult headspace but (as you might expect given a total vehicle length of just 3.8m) a little tight on legroom, despite the use of 'slim seat' technology for the chairs up-front in a bit to try and improve the lot of those behind. Plusher Ypsilons rather hopefully provide seat belts for three at the back, but you'll only really want to use all of them if you've a trio of kids to transport. Behind in the boot, the extra 3.5 inches in wheelbase length that this Chrysler enjoys in excess of its Fiat 500 donor design makes all the difference, luggage capacity rising from the 185-litres you'd get in the Fiat to a much more useful 245-litres, though that is still 40-50-litres less than you'd get in a Fiesta or a Corsa. As usual, you can push forward a set of split-folding rear seats (divided 50/50 in the base model but 60/40 otherwise) if that's not enough. Take a seat up-front and inevitably, the first thing you notice is the unusual situation of the instruments on top of the centre console, rather than straight in front of you. It's a distinctive feature you adjust to quite quickly and, no doubt, it usefully reduced the cost of engineering this car for right hand drive markets. More of an issue for us is the much darker feel of this cabin in comparison to the light, airy atmosphere you get in a Fiat 500, especially with the optional 'piano black' shiny centre console finish many plusher variants featured. It's all supposed to make it feel more up-market and a variety of soft-touch materials are on hand to try and emphasise the point. It was all reasonably well screwed together by the same Polish factory that put out the Fiat 500 and ergonomically, everything's pretty sound once you master all the switch gear. Though rearward visibility could be better, you should also find it pretty straightforward to get yourself into a comfortable driving position, thanks to a height-adjustable driver's seat and a wheel that adjusts for both rake and reach.

The research we've done suggests that the relatively few UK buyers who took the plunge and bought a Chrysler Ypsilon have really liked the car. The only reported issue we've come across a couple of owners reporting is an electrical one which suddenly turns the headlights off at night. To sort this, the headlight column switch must be replaced and a update carried out to the car's body computer. As with all citycar-sized models, check for evidence of child abuse - fabric tears, scratches on the plastics, stains on the upholstery etc. And the usual wheel scrapes.

Under the bonnet of this model, buyers have the option of one of the most advanced engines ever developed for a small car, the 875cc TwinAir. This 85bhp petrol unit may be less than a litre in size with only two cylinders, but it's darned clever, combining sparky performance (sixty in just over 11s on the way to a top speed of nearly 110mph) with CO2 emissions lower than any other quantity production petrol engine from this era. Everything, in other words, a small car engine should be. We've already praised it in the Fiat 500 and though the distinctive thrum doesn't suit this more up-market Chrysler quite as well, it still makes this Ypsilon a distinctive-sounding thing. You don't have to have it but it's a pity not to. The entry-level 69bhp 1.2-litre petrol option does, after all, feel feeble in comparison, struggling to sixty in 14s and only just managing to break the three-figure mark flat-out. The only other choice is a 95bhp 1.3-litre Multijet diesel, but its advantages over this petrol TwinAir in performance and running costs will be too slim for most to justify the diesel model's £1,000 price premium. It's as well to remember though, that the TwinAir model's headline-making fuel and CO2 figures can only be fully achieved by pushing the 'ECO' button you'll find on the dashboard below the unusually situated centrally mounted instrument binnacle. And that doing so slashes the pulling power on offer by 50% to the same kind of 100Nm figure you'd get in the entry-level 1.2-litre petrol model. The idea is that you should use this feature around town where you won't need all of the engine's torque anyway and it's here that you might also want to activate the provided 'City' button, there to lighten the power steering so that tight manoeuvring and parking become much easier. Not that you'll need it if you opt for the extra-cost 'Magic Parking' system, able to able to auto-steer you into the tightest space. Another boon around town is ride quality that soaks up the very worst that potholed, speed-humped and cobbled streets can throw at you. The five-speed manual gearbox can sometimes be a little notchy, but if you're urban-bound, that might offer you an excuse to try and find a Ypsilon that was originally fitted with an auto gearbox; this transmission option was rarely taken up and was only an option for TwinAir buyers. So yes, this Ypsilon will be good in its natural habitat on the back streets of Naples. But most British buyers will want it to be a regular open road companion too, an area a little more out of this car's comfort zone. Even in its normal heavier state, the power steering is a little lighter than some enthusiastic drivers might wish but it's reasonably direct and during fast cornering, the car will at least turn in more willingly than some of its small car rivals. Refinement at low speeds in the TwinAir model isn't exemplary thanks to the thrumbly rumble of the 0.9-litre engine, but things improve at speed on major roads thanks to the efforts expended on improving refinement. A specially developed roof lining reduced noise levels by up to 50%.

Had Chrysler's American engineers developed this model from scratch rather than simply borrowing a Lancia design, it's doubtful whether they would have brought us a better car than this. Or even one as good. Distinctive styling and a frugal TwinAir petrol engine are both big draws for this Ypsilon as a used buy, as are impressively low running costs. As long as you avoid the bottom end of the range, specification is reasonable and there are plenty of hi-tech options to make downsizing into a car of this kind a relatively painless process. True, there isn't quite the built solidity you'd get in something German but don't let that put you off too much: given the humble underpinnings used, the designers did a fine job here in creating a high quality-feeling product. It won't be one you'll see frequently on British roads but for the select band of UK buyers who opt for one of these, that'll be part of the appeal. If you're after a small car that's just that little bit different, then here's a rather appealing place to start your search. 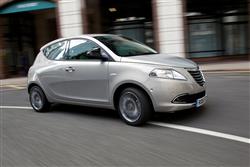 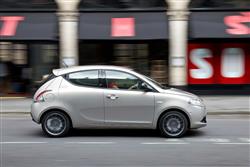 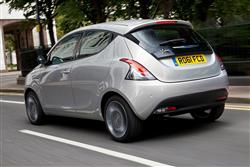 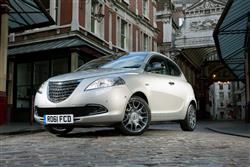 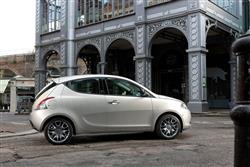 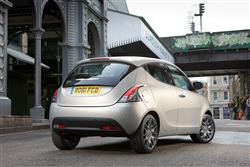