What we're looking at here is a little bit of meat in the Citroen C1 sandwich. The C1 has remained basically the same vehicle since it was launched in 2007. It runs on the same chassis and uses much the same engine. What has changed are the tweaks to its styling, the amount of standard equipment you get and the price. To this end, we can divide the C1 timeline into three neat chunks. It starts with the original model, built between 2006 and 2009 and ends with the post-2012 fully facelifted car. The version though, that you're most likely to find on the used car market is the one we're going to look at here, the one found in the middle of this model's life cycle and built between 2009 and 2012. This model represented the first time the C1 had been facelifted and was available, like its predecessor, with two body styles - three and five door - a 1.0-litre petrol or a 1.4 diesel engine and a pair of trim levels, VT and VTR. The diesel was unique to the Citroen version of this design, Peugeot's 107 and Toyota's Aygo ignoring it, but C1 diesel derivatives didn't stay in Citroen showrooms long, lack of demand putting paid to HDi motoring for C1 buyers late in 2009. Instead, the French brand decided to offer customers a plusher VTR+ trim level, which arrived in 2010 just before the introduction of a VTR+ EGS model, with a self-shifting robotised manual gearbox to help take the strain out of city driving.

There's no point in economical motoring that leaves you needing another, bigger car all the time when you've larger numbers of people or packages to carry. Which is why, unlike a number of its rival tiny runabouts, the C1 offers a choice of either three or five-door body styles. That doesn't make it any kind of large supermini - indeed, the tale of the tape shows a short 3.4 metre overall length, which is almost 23cm less than a modern MINI. No, this French tot achieves its carriage capacity through ruthlessly efficient wheel-at-each-corner design, something for which this car has been famed ever since we first saw it in 2006. Though the look was changed a little from 2009 onwards - most notably with the chrome-ringed grille offered on plusher versions - it's still stylish, simple and effortless, form and function in perfect harmony wherever you look. The wide wraparound bumper, the rounded bonnet and bulbous headlamp clusters combine to create the feeling of fun that's characterised all great citycars, from the original Minis and Fiat 500s of the Fifties and Sixties to the smart fortwo of the Nineties. To these legendary runabouts, this design is a worthy successor. The rear end is very nicely finished with big crystal and anthracite rear light clusters and a deep under-bumper assembly. The wheelarches are surprisingly beefy and the rear set are sculpted a little further forward in the three-door body style. The five-door car sees its rear doors meet the rear light clusters in a very neat piece of packaging. At the back, the glass tailgate looks good and though it doesn't open down to bumper level like a conventional rear hatch, it does reveal 139-litres of space which you can extend to 751-litres by flattening the rear seats. And at the wheel? Well, Citroen have been regaining their reputation for bold and exciting interiors of late and the C1 continues that trend. Headroom inside the car isn't at all bad, even for someone well over six feet tall, and the big glass area up front gives an airy feel to the cabin. City cars used to be nasty things to have to spend more than short journeys in but these days, that's changing, at least in this case. In this car's brighter interior, there's decent elbow room, the steering wheel adjusts for rake (up and down) and there's enough fore/aft adjustment in the front seats for all but the most portly people. It's a bit tighter in the rear of course - there's only so much that can be done within the restrictions of a 2.34 metre wheelbase after all - but it'll be fine for two large adults on short to medium-length journeys and quite comfortable for two children. For little ones, you'll find it helps that the window line is low: being able to see out more easily is really useful when it comes to reducing travel sickness.

The C1 hasn't suffered any major faults or serious recalls but do insist on a fully stamped up service record and inspect the car carefully for parking knocks and scrapes. The C1s plastic bumpers can shrug off some quite hefty scuffs without affecting their function but if there are abrasions, use them as a negotiating point. The 1.0-litre engine is very strong but the EGS gearbox takes a little getting used to. The interior has proven very hard wearing, with the only real complaint being a parcel shelf that can lose its rigidity and require replacement. .

(approx prices, based on a 2009 C1 VTR 1.0) C1 consumables are affordably priced, with an oil filter retailing at around £8, a starter motor retailing at around £90 and front brake pads costing a very reasonable £30 a pair. The best part is that if you don't like the price of the Citroen bits, you can usually track down a bargain with the interchangeable Toyota or Peugeot items.

As a C1 buyer, you'll mainly be behind the wheel of a frugal 68bhp 1.0i petrol unit unless you find one of the rare 54bhp 1.4-litre HDi diesel variants. Get in to the petrol model, turn the key and the 998cc three cylinder motor sounds pleasingly characterful. It's billed as the world's lightest production engine which is one reason why this car, with a total weight of no more than around 800kgs, is so affordable to run. As Lotus founder Colin Chapman used to say, 'more power makes you quicker down the straights. Less weight makes you quicker everywhere'. And so it is with this Citroen, the nippiness it delivers around town at odds with its modest power and apparently unpromising 14.2 second 0-60mph figure. You don't need to row the thing alone with the gear lever either, the engine developing its peak pulling power from way down in the rev range. This is, in other words an engine that backs up its perky soundtrack with perky power delivery, perfectly suiting the C1's up and at 'em personality. Out and about, the tight 9.46m turning circle means that even if you spot a parking place on the other side of the road, you may be able to throw a quick U-turn to snaffle it. Ride quality is surprisingly good for what is such a small and inexpensive car, one reason why the C1 is one of those city tots that you wouldn't mind taking on a longer trip. It's certainly able to keep up with the cut and thrust of motorway driving, although you might need the odd downchange to keep the little engine on the boil. Top speed is pegged at 98mph which ensures that motorway speeds are not an issue. The EGS automated manual gearbox isn't the smoothest thing in the world and unless you really will be in a whole bunch of nose to tail traffic, most would find the manual models preferable. A five speed manual gearbox is fitted as standard and there's a refreshing lack of gimmicks and nonsense that can plague some small cars as manufacturers look to differentiate their wares. With this Citroen, you just get a city car that's small, manoeuvrable, easy to see out of and very simple to operate. It's almost comical how little car there is behind the rear seats and when reversing into a multi-storey bay, it's worth remembering that you can afford to leave yourself some breathing room at the back. Parking like this is especially easy thanks to the light power steering that'll twirl you easily into the smallest space.

The Citroen C1 is an almost perfect case study into how to make a cheap, appealing city car. Newer rivals have appeared, but the formula of getting a fun, cheeky and charming car for not a lot of money is one that is eminently durable. Tracking down a well looked after used example is anything but tricky and should reward you with a car that can be run for beans and which is soundly engineered. Recommended. 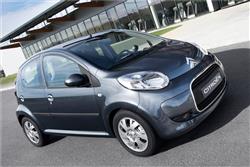 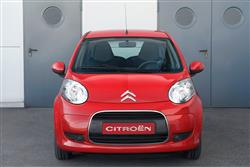 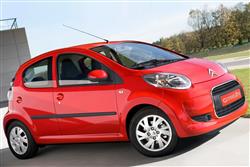 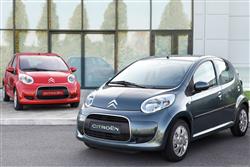 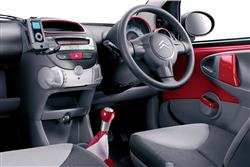 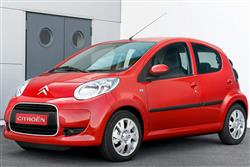