The improved Dacia Sandero Stepway offers a bit of fun for not a lot of money. Jonathan Crouch reports

The improved Dacia Sandero Stepway is inexpensive but doesn't look it. It's a supermini that's been jacked up a bit to give a Crossover look and seems to press all the right buttons for buyers who don't want big outlay but require big value.

You know when an idea is a good 'un when your opposition are looking at each other and wondering why they didn't think of it before. The Dacia formula is really rather simple. It takes tried and tested Renault engineering and recycles it into new cars hailing from Romania. Therefore there's very little research and development expense, low labour costs, minimal tooling outlay and hey presto, you have a line of cheap and reliable cars that are just about pitch perfect for these austere times. Hardly rocket science is it? Renault acquired the company in 1999 but it's been only in the last decade that cars have once again been imported to the UK. We've had the Duster budget 4x4 and this was followed by the Sandero supermini, at launch the cheapest car on sale in the UK. The car we look at here, the Sandero Stepway, is a spin-off of that model and it's one that has a lot to be said for it, especially in this improved form.

In order to understand the appeal of the Sandero Stepway, know this. The basic Sandero supermini upon which it's based has been designed to sell into many third world markets and as such is billed as having excellent ground clearance and "robust underbody protection for impressive performance on unpaved tracks". If that's not a great basis for building a jacked-up version with even greater abilities, I don't know what is. Do remember that this isn't a four-wheel drive car though, so there are limits as to what it can negotiate. For tougher stuff, you'll probably need to buy Dacia's Duster compact SUV. The entry-level normally aspirated SCe75 petrol engine will probably be more than enough for most people and it's a sweet little motor, the three cylinders making a characterful sound and driving the front wheels via a five-speed manual gearbox. There's also a little turbo petrol unit, the TCe 90. Alternatively, there's a 1.5-litre Blue dCi 95 diesel that isn't the most refined unit we've come across but nevertheless makes all the right economy and emissions figures. The extra wheel travel seems to give the Stepway a marginally better ride quality than the standard Sandero and the 40mm raise in height hasn't made body control noticeably worse.

The Stepway is styled to look a bit more rugged without actually offering any four wheel-drive underpinnings. Think Qashqai-style compact Crossover and you're not far off the mark. That stepped up ground clearance gives it a nicely chunky look and might well prove useful when bumping up and down big kerbs in town. It also gets a redesigned front end and body features such as front and rear skid plates, fog lamps, two-tone bumpers, pronounced wheel arches, 16-inch 'Stepway' alloy-look rims, two-tone longitudinal roof bars and exclusive blue paint. Inside, there's embroidered upholstery and grey overstitching for a bolder look. We should talk about the changes made to this revised model which gets a revised front end design showcasing Dacia's new lighting signature flanking a revised honeycombed grille. The interior's smarter too, with satin-effect chrome finishing to lift the dashboard, a revised steering wheel and some softer-touch surfaces on upper-spec variants. Dacia has even moved the electric window switches from the centre console to a more conventional place on the doors. Boot volume is 320-litres, which is extremely good for this class and there's a 60/40 split fold rear seat to improve practicality still further. The cabin offers plenty of storage, notably with the addition of a central cubby box. The oddments spaces in the front and rear doors are large enough to house a 1.5-litre and 0.5-litre bottle respectively.

When Dacia developed the Sandero, it set out to bring a completely stripped out and basic car to market which is why it was able to sell you one for less than six grand. The Stepway is a different animal and will appeal to a different buyer. With no thrift store Access specification and base SCe 75 1.0-litre engine available, the base price is pushed quite a bit higher, in this case to around £9,000, but that's still remarkable value for money. Mind you, what do you compare it with? Probably one of the cheaper small Crossovers, maybe a SsangYong Tivoli perhaps, but one of those will cost you thousands more. It all means that many will find this model's value proposition too strong to ignore. The entry-level 'Essential' specification is equipped with air conditioning, electric front windows, front fog lights, and roof bars, Bluetooth, metallic paint, a DAB radio/CD system, driver and front passenger airbags, front side airbags and stability control. Go for the range-topping 'Comfort' trim and you'll find all that plus a 'MediaNav' Evolution 7-inch touchscreen multimedia system including satellite navigation and rear parking sensors. Plus cruise control with a speed limiter, front fog lights, heated and electrically-adjustable door mirrors, a height-adjustable driver's seat and steering wheel, leather gearknob and a trip computer. The price for all of that? Around £11,000, or around £12,500 if paired with the diesel engine. That wouldn't even squeak you into the most basic Volkswagen Polo you can buy, equipped with a flaccid 60PS petrol engine. I know what I'd rather have.

The Dacia Sandero Stepway will continue to sell very well. It's a much more interesting and, crucially, expensive-looking car than the basic Sandero hatch and although it's essentially a 4x4-styled supermini rather than a purpose-developed small Crossover, it's still a vehicle that will find a ready market here in the UK. With its 40mm raised ride height, it will not only appeal to those looking for something a bit beefy-looking to drive in town, but older buyers might well appreciate not having to sit so far down into the vehicle. The pricing looks extremely good as well. For less than, say, the most depressingly basic 60PS Volkswagen Polo, you can buy a range-topping Stepway with a 95PS diesel engine and goodies like cruise control, air conditioning, parking sensors and a seven-inch touch screen with navigation. Think about that for a moment. Consider how insecure you'd need to be to choose the comfort blanket security of the Volkswagen badge over that. Perhaps Skoda should have been Volkswagen's Dacia, but it hasn't really worked out that way. It's become a bit too gentrified. The Stepway is a case study in how to do budget cars very well indeed. 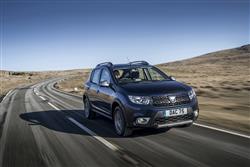 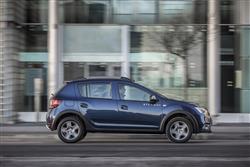 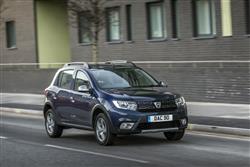 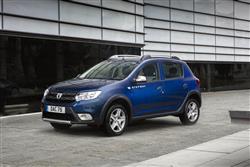 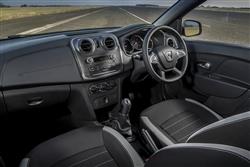