As before, there's a choice of fixed-top and convertible 500 models. The open-topped 500C variants require a premium of around £2,500 over their standard counterparts. If you're happy with tin-top 500 motoring, then you'll find pricing that's a fraction higher than before, yet which still starts at around £12,700 for the baseline 1.0-litre Pop version. Above this variant, there are 'Lounge', 'Sport', 'Star' and 'Rockstar' trim levels. While there are cheaper and more practical cars out there, these prices are on par with other style led hatchbacks like Vauxhall's ADAM - and they undercut what you'd pay for a comparable MINI Hatch 3-door. Key options include the Dualogic semi-auto gearbox which requires a premium of around £750. So what do you get for your money? Base 'Pop' trim has LED daytime running lights and a Uconnect infotainment system with six speakers, plus AUX-in/USB ports and steering wheel remote controls. Plush 'Lounge' spec meanwhile, gets you a panoramic glass sunroof, rear parking sensors, a chrome front grille, front fog lights, a leather-trimmed steering wheel and a Uconnect 5" LIVE touchscreen infotainment system with smartphone integration. If you want to go further, then your dealer will want to tell you about the latest range of so-called 'Second Skin' decal packages. 500 models are safe too, with a five star Euro NCAP safety rating, seven airbags, ABS with electronic brake distribution, electronic stability control, a Hill Holder clutch to make pulling away on an incline easier and hydraulic brake assistance to help with emergency stops.

One of the advantages of such a small car is that tiny fuel efficient engines are more than adequate for hauling you and your little Fiat around. Particularly the mild hybrid 1.0-litre 'Firefly' unit now fitted to all versions of this car. The electrified system used here recovers energy during braking and deceleration, stores it in a lithium battery with a capacity of 11Ah, and uses it, at a maximum power of 3,600W, to restart the engine in Stop&Start mode and to assist it during acceleration. This technology allows the internal combustion engine to switch off by shifting into neutral, even at speeds below 18mph. The dashboard, which displays information on the hybrid system, prompts the driver when to shift. The mild hybrid propulsion unit works with a 6-gear manual transmission aimed at improving fuel economy in out-of-town driving, thanks to new low-friction bearings and gaskets and the use of a specific high-efficiency lubricant. Expect well over 50mpg (53.3mpg [WLTP]) in regular use and an WLTP-rated CO2 emissions figure of up to 119g/km (down from 114g/km before). If you decide to go for the open-topped 500C variant with this engine, you'll see no penalty for either economy or emissions. What else? Well, this car should certainly be cheap to insure. The warranty is a typical three year affair but with a 100,000 mile limit that's significantly higher than some other brands will give you. 500 models hold their value very well and that's unlikely to change any time soon. Don't be tempted to go customisation-crazy with the options list though: not everyone will share your taste or want to pay extra for graphics when it comes time to sell. 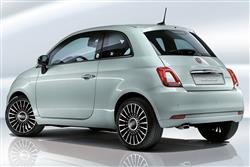 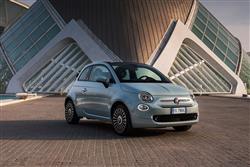 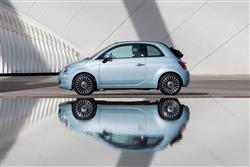 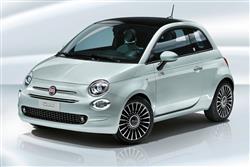 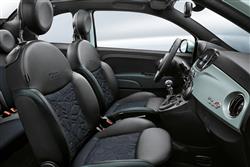