Choosing an MPV is all too often a rather soul-destroying exercise. You look at carrying capacity, how the seats fold, how impervious to your kids' more destructive tendencies the interior is and become deeply acquainted with how easy it'll be to clean orange Dorito food-colouring from the upholstery. Ford realised that there needed to be more to it than that and its C-MAX has capitalised on this fact. Here's what to look for when choosing a used second generation model.

The market for MPV family cars is one that is not wholly impervious to fashion. First seven seats was a must-have, then five. Then the market diverged into a number of different classes, of which this Ford C-MAX sits about midway. Its predecessor stuck to its guns with five seats and the second generation model we look at here, built between 2010 and 2014, followed suit. Hedging its bets, however, Ford also released a long-wheelbase Grand C-MAX with seven seats. The upshot of this is that the five-seat C-MAX we examine here was freed up to be a little bit more dynamic. It certainly looked reasonably good, but other car makers discovered that these medium-sized MPVs don't need to look like mobile greenhouses. The first generation C-MAX first arrived way back in 2003 wearing the Focus C-MAX badge but this second gen car hit dealerships in October 2010. Buyers chose from either 105 or 125 PS versions of the 1.6i TI-VCT engine or a more powerful 150PS 1.6 Ecoboost petrol. Diesel customers were catered for with a 115PS 1.6-litre TDCi - or a 140PS 2.0-litre TDCi unit that came with the option of the excellent twin-clutch Powershift transmission. The range wasn't too difficult to get a handle on, with just Zetec and Titanium trims on offer, with Titanium X subsequently being introduced. Straight away the car was a big hit. In its first year on sale, the C-MAX doubled the sales of the final year of the previous generation car, forcing Ford to up production volumes at its Valencia plant. What's more, customers were attracted to the upper-spec cars, with 65 per cent going for the Titanium trim and most attracted to the 1.6 TDCi 115PS powerplant. In October 2012, the 1.0-litre Ecoboost petrol engine was introduced to the C-MAX range in 100 and 125PS guises.

Although it looks quite diverting when specified with big alloys wheels and in bright metallics, the Ford C-MAX isn't the most adventurous piece of vehicle design. The overall silhouette is fairly amorphous but the detailing can be very deft. Look at the trapezoidal grille, the swept back headlights and the sharp line around the bonnet and the flanks. Even the roof of the five-seat car is a good deal more raked than the flat topped seven-seater and the exterior sliding door rails, so often an eyesore on MPVs, are neatly integrated. Ford seems to have blown much more of the budget inside the C-MAX. The dashboard is a riot of cowls, metallic and piano-black finishes and sweeping arcs. It draws its inspiration from the shape of the Fiesta's fascia but is a few degrees bolder and is all the better for it. Locating the minor controls can take a little getting used to but it's an impressive piece of design. There are some neat touches like the bullhorn shape that sweeps up from the lower instrument panel and the cowled dials that look as if they've come straight out of an Alfa Romeo show car. Brilliant. Build quality seems solid, with Ford using soft-touch materials on the upper instrument panel and extra care has been taken in sourcing durable seating fabrics that will cope with the worst your kids can dish out. The seating system is extremely slick and the three entirely separate rear seats can slide, fold or be removed completely, plus there's an optional Comfort feature in which the two outer seats can be slid further back and towards each other to give huge leg and shoulder room while the narrow centre seat is folded out of the way. You'll need to keep an eye on the outer seat backrests though. If the seat is reclined these can spring forward with quite a wallop when released. Standard equipment on all models includes alloy wheels, air conditioning, leather steering wheel, Thatcham category one alarm, DAB radio/CD and Bluetooth with USB connectivity and voice control.

All of the engines are tough units and the diesels are especially good, so no major mechanical issues there. The cabins are reasonably hardwearing too, but look for damage in the rear caused by tots. The C-MAX tends not to be driven quite as hard as regular Focus models but it's still worth keeping an eye out for mega-mileage company hacks that have been given a mileage haircut. Worn carpets, and scuffed trim are the usual clues. Check that all the electrical items work properly, ensure that the air conditioner delivers chilled air soon after the engine is started and remember that there's no excuse for missed servicing so look for a detailed history.

(approx based on a Focus C-MAX 1.6) As you might expect, parts are plentiful and relatively inexpensive. A clutch assembly will be around £115 and an alternator should be close to £165. Brake pads are around £35 a front set and a replacement headlamp is close to £140. A full exhaust is about £275 and a catalyst is about £285.

As with the massive majority of modern Fords, the driving experience puts the C-MAX at a distinct advantage. The thing is, you might not be expecting that advantage to be quite as obvious as it proves. There are certain cars that just feel right as soon as you move off in them and the C-MAX is one of them. The usual procedure for an MPV is to try to get comfortable behind a bus-sized steering wheel, and then fire up a diesel engine that sounds like it's escaped from an industrial tarmac grader. The steering will be vague, the cornering about as precise as a Michael Fish hurricane alert and acceleration and braking will be distinctly underwhelming. The C-MAX somewhat joyously scotches these stereotypes. The ride is incredibly supple. Turn into a corner and the Ford won't lurch onto its outside front wheel. The steering even transmits decent feedback through the wheel. Its power assistance is electric, which helps to save the energy lost through running a hydraulic pump all the time and, to be fair, most electrically assisted steering systems feel like something you'd plug into your XBOX. Yes, they're accurate but lacking in involvement, an accusation you'd never level at this Ford. More good news comes in the form of the 1.6-litre Ecoboost petrol engine fitted to the C-MAX. Unlike many turbocharged engines, there's very little delay when you prod the accelerator and there's so much torque on tap it pulls like a diesel when you need to dispatch a caravanner. Keen drivers are going to love the six-speed manual gearbox which features a very sweet, precise shift but the Powershift 'box is another thing again and makes all kinds of sense for urban drivers. The 1.0-litre engines sound great on paper but have frustrated owners by failing to get anywhere close to their published fuel economy figures. Regularly drive a fully-loaded C-MAX and you'll probably prefer the torque of the diesels.

The C-MAX wasn't the first MPV that drove well. Many of you will remember the original Honda Stream as a pretty sharp steer, but Ford has been able to position its design as the modern era keen driver's choice. At first, this might seem an odd thing to do. Surely sharp handling in an MPV is about as important a buying criterion as a supercar that can bring two wardrobes back from IKEA? Not so. For many buyers, an MPV is an admission that they've grown old and lost their mojo a bit. The C-MAX is the antidote to the usual pipe and slippers people mover. It's the car you'd take on the school run and find the long way home - and that's exactly why it's sold in such huge numbers. Therefore finding a used one shouldn't be difficult. There's little wrong with the petrol engines per se, but make no mistake, the C-MAX suits a diesel much better. If you can track down a well looked-after 2.0-litre diesel with the Powershift transmission, it's even less likely to disappoint. 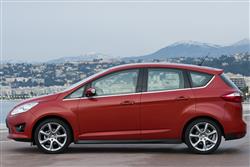 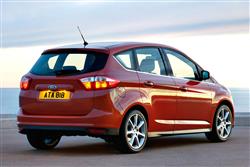 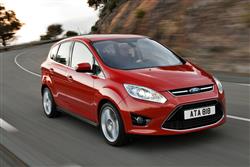 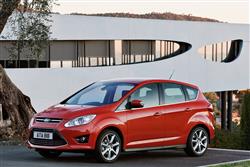 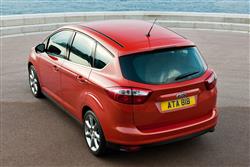 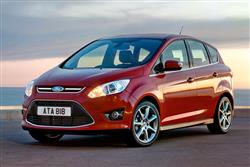