This seventh generation Fiesta grew up a bit but it didn't lose the youthful, eager feel that endeared previous generation models to so many supermini buyers. Beneath the smarter styling lies some clever user-friendly technology - and cabin quality that'll make down-sizing into one of these less of a chore. This is how you right a best seller. Let's check out early MK7 models as a used proposition.

What's been the world's most significant car in the last half a century? This is our nomination, Ford's Fiesta, which in 2017 was rejuvenated in MK7 model guise for a fresh generation of buyers. The figures speak for themselves. This supermini was first launched back in 1976 and by 2017, over 17 million models had been sold, 4.5 million of them in the UK. Which is why, at the time of this MK7 model's launch, to keep up with demand, a Fiesta was rolling off the Cologne production line every 68 seconds. In this country, we bought more than a million examples of the previous MK6 model, which was launched in 2008, and by 2017, had been our market's best selling car for the last eight years. Forget 'Mondeo man'; we are, in short, a nation of 'Fiesta folk'. It's an astonishing success story, particularly given that prior to this seventh generation model's introduction, the only area in which Fiesta models had really excelled was in driving dynamics - usually one of the less important attributes for supermini buyers. You'd certainly have expected that if Ford were going to continue this sales dominance, at least in our market, greater efforts would be needed. Given that, it was somewhat surprising in 2017 to be presented with a seventh generation model that looked so similar to its predecessor. Don't be fooled. The Blue Oval brand changed virtually everything here - and we mean almost everything. Out of around 2,500 parts that are needed to create a Fiesta, only about 200 were carried over. The bodywork was completely new; so was the suspension - and as a result, the driving dynamics are even better than before. There was also a brand new interior fashioned with much higher quality. And buyers got a fresh era of media connectivity and camera-driven safety technology. There was also a much wider choice of derivatives than before, with hot hatches, a super-luxury 'Vignale' version and even a 'Fiesta Active' Crossover model in the mix. This was, in short, on paper at least, a thoroughly well thought out piece of supermini development. The MK7 Fiesta sold in this Form until 2020, when the range was updated with mild hybrid power. But it's the earlier 2017-2020-era models we look at here.

Everything changed here - but almost nothing was different. If you know anything about this car, then come face to face with it, that might be your first perspective on this seventh generation Fiesta's design - it was certainly ours. Ford certainly could have done something radically new; indeed, in many ways, they did. Dimensionally, after all, this was actually quite a fundamentally altered product, 70mm longer, 13mm wider and 20mm lower than the previous MK6 model, plus virtually every constituent part of the car was different. You can see though, why the brand wanted the look and feel of this supermini to stay much the same. The company's European Design Director Joel Piaskowski said he wanted to evolve the styling in a way that would make it more contemporary without losing the essential 'Fiesta-ness' that customers love. That's what was delivered. Cabin quality was what let down the previous model, with its cheap finishes and confusing button clutter. In contrast, with this MK7 model, there are flush, seamless surfaces, soft-touch plastic coatings and neat splashes of chrome, plus it was all very well screwed together by the factory in Cologne. Other than that, the first thing you'll probably notice is the infotainment system that sprouts in free-standing form from the top of the centre console. The screen options vary depending on the model or options you choose - there are 4.2, 6.5 or, as in the case of top variants, 8.0-inch sizes, all featuring pin-sharp graphics, logical menus and fast processor speeds. And in the rear? Well, if you come to this car fresh from ownership of the previous generation model, then it's likely that you'll view Ford's greater efforts in this part of the cabin in a positive light. There is, after all, 16mm more knee room than there was before, plus the seats are softer and offer greater side-to-side support. Should you be trying a Fiesta having sampled a more spacious supermini rival though - and there are plenty - you'll probably be a little less inclined to be quite so generous. Finally, the boot. That extra body length allowed the cargo area to be 17-litres larger than it was before, with this MK7 model rated at 292-litres for both bodyshapes. That figure is only average by class standards, but if you're able to flatten the 60:40 split-folding rear backrest, you'll free up one of the better total capacity figures in the class - 1,093-litres.

As usual with a supermini, check the interior for child damage. And with top-spec versions, check the alloy wheels for scratches. Look for any dents, dings and scratches to the panelwork. And ensure that the clutch engages smoothly and that the car goes into gear easily. The 1.5-litre diesel engine is fitted with a diesel particulate filter, but this may be clogged up if the previous owner hasn't completed too many highway journeys. There's one key product recall you need to know about. Some Fiestas built from 15 May 2019 to 17 June 2019 were fitted with steering columns that weren't up to specification. Cars affected had to have the whole column replaced to prevent potential future issues.

Variations on the Fiesta theme may come and go, but before driving any version of Ford's definitive supermini, there's one thing you almost always tend to know for certain: that it'll be a great steer. This time round, the Blue Oval brand has sought to retain that traditional Fiesta attribute, yet at the same time, introduce a standard of ride quality closer to that delivered by arch-rivals like Volkswagen's Polo. The feel you'll get from this Fiesta depends quite a lot on the variant of it you choose. That's because two quite different chassis configurations have been used across the range, with a firmer set-up used for the various sporty 'ST' models and a softer one featuring elsewhere in the range on the cars the majority of customers will end up with. On such mainstream versions, this car isn't quite the sharp, eager thing we remembered from before, but it can still offer a level of handling joie de vivre that's beyond anything its competitors can manage. That's thanks to improved steering, a lightweight body that's usefully stiffer in this MK7 model and an effective torque vectoring system that helps you get the grip down in the corners. The effect of all of this is dialled up to a useful degree if you opt for one of the sportier 'ST-Line' models, Fiesta variants that are more stiffly-sprung, yet which still enjoy most of the benefits of the suppler all-new suspension set-up that's responsible for a vast improvement in ride quality. Engine-wise, all the volume petrol units are three cylinder in configuration, the line-up propped up by a 1.1-litre Ti-VCT powerplant offered with either 70 or 85PS. Most customers stretch to the 1.0T turbocharged EcoBoost engine, available in either 100, 125 or 140PS guises. We'd recommend the volume 100PS derivative, which can be had with an auto gearbox option and in manual form, is capable of 65.7mpg on the combined cycle and 97g/km of CO2 (both NEDC figures). Elsewhere in the line-up, 1.5-litre engines dominate. There's a 200PS petrol unit in the ST hot hatch. And diesel buyers get 85PS and 120PS 1.5 TDCi options that focus on frugality and will be of particular interest to customers of the 'Active' Crossover derivative that widened the appeal of the range.

The Ford Fiesta has always been a vehicle the British public has warmed to, but the truth is that before this seventh generation model arrived, supermini buyers chose this car either because it was great to drive or because they'd been offered a deal too good to turn down: there wasn't really another reason to buy one. This model changed all that, smarter to look at, smarter to sit in and smarter to operate. A smarter choice all round then? Many will think so. This may not be the largest car in the supermini sector but in just about every other respect, it's an ultra-competitive proposition. There's an unpretentious quality to it and a focus on providing the things that really matter to small car buyers - the fun handling and affordable asking price Ford has long delivered to them in this segment, but also the low running costs, strong safety provision and low emissions that are equally important in today's market. And it's all been done with a polish and self belief that we've never seen from a Fiesta before. In short, this is, more than ever, a small car that supermini buyers simply can't ignore. 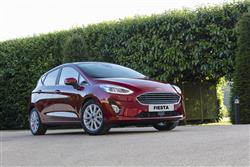 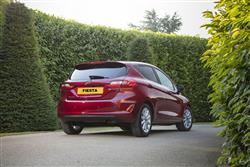 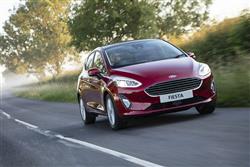 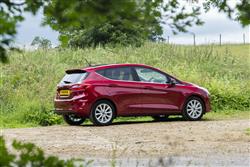 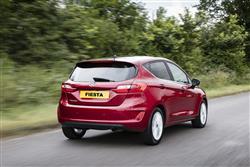 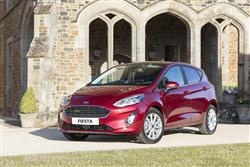