There's a whole lot of love out there for the Ford Fiesta. Down the years, its various generations have completed more school runs, shopping trips and traffic-plagued commutes than any other UK supermini. There have been high and low points along the way but in the final reckoning, the 2008 car must surely go down as one of the best. Should buyers have as big a soft spot for the car once it's been round the block a few times and cropped up on the used market?

The supermini market where the Fiesta competes moves at a searing pace so it would be a bit much to ask for the car to maintain class leadership throughout its lifecycle. The previous generation model had followed the familiar Fiesta trajectory, emerging at the top of the market in 2002 only to be gradually reeled in by newer rivals. By the time this car turned up in 2008, the outgoing model was lacking size and sophistication in comparison to the class best. Ford needed to come back strong in these areas and it duly did. This Fiesta was launched in the summer of 2008 with a familiar-looking line-up of engines and trim levels. Buyers could choose the affordable Style and Studio models, the sporty Zetec and Zetec S or the luxurious Titanium. Engines included the 1.25, 1.4 and 1.6-litre petrols plus 1.4 and 1.6-litre TDCi diesels. The super-economical ECOnetic versions arrived a little later and the Edge variants turned up towards the end of 2009. All Fiestas got ESP stability control from mid 2010.

All mk7 Fiestas share Ford's 'Kinetic' design themes as seen on the Mondeo, S-MAX, Focus and others before it but the signature features seem to gain cohesion in closer proximity on a smaller car. The eye is led along the creases, across the cutaway surfaces and the multi-angular effect is highly dynamic in total. The sporty Zetec-S model tags on a substantial rear spoiler, a body kit and 16" alloy wheels while the Titanium adds chrome detailing for the exterior and some classier trim materials inside. The economical ECOnetic has its own look with lowered suspension and aerodynamic tweaks but the same wedgy appeal is common across the range. The interior reprises the edgy and angular themes of the outside, the fascia contrasting soft-touch materials with hard silvery plastics. The car feels modern and is very nicely executed in terms of quality with a pronounced modern feel. The wedge-effect of the Fiesta in profile doesn't bode well for the rear seat passengers in the three-door car but the Fiesta surprises with decent legroom and headroom that's manageable even for a six-footer. The windows are small and set high up, so light isn't abundant in the back but the shopping bags, coats and road atlases that owners will store there most of the time won't be overly worried. The five door models fare better with a bigger glass area creating a roomier feel and all derivatives share the same easily navigable control system for their various electronic functions.

There shouldn't be too many problems with pre-owned Fiestas and if a particular model gives cause for concern, just walk away, there are plenty of others about. Make sure your prospective purchase has been properly serviced and that the tyres are in decent shape, plus check for the usual kiddie damage and parking scrapes. Engines are, on the whole, reliable but watch for the usual signs of wear particularly on high mileage models.

(approx based on a Fiesta 1.4 Zetec) As you might expect, parts are plentiful and relatively inexpensive. Front brake pads are around £30 a set and the rears £20, a replacement headlamp is close to £100 and a manual door mirror should be in the region of £50. A full exhaust is about £170.

So, climb in: what's the experience like? Well, the first thing that you'll probably notice is that there's nowhere to put your key, Ford having switched to one of those trendy (but rather pointless) 'Power' buttons which you press to start. It's easy to get comfortable at the wheel thanks to supportive seating and rake/reach wheel adjustment. Fiesta is such a slick piece of engineering that it largely masks any deficiency in outright pace with its poise and fluency on the road. This is a fine handling car with its variable power assisted steering providing weighty reassurance at speed and a light touch when manoeuvring. The suspension absorbs bumps expertly and the firmer set-up in the Zetec-S model makes for a really lively drive without damaging ride comfort. The 'Stall Prevention' feature is a boon in town. It's designed to help in low speed manoeuvres by altering the engine's ignition profile and preventing that embarrassing stalling moment when there's a queue of traffic behind you. Engine choices start with the 60PS 1.25 and 90PS 1.4-litre Duratec petrol units. Than there's the frugal if rather leisurely 68PS 1.4-litre TDCi. Above this level, things start to get a bit more interesting. The 90PS 1.6-litre TDCi Duratorq engine emits just 99g/km of CO2 in the ECOnetic models, and isn't far behind elsewhere with a decent turn of pace to boot. At the other end of the scale, the 120PS 1.6-litre T-VCT petrol powerplant makes 60mph in 9.9s. That's not hugely rapid but the Fiesta driving experience still make this model preferable over many faster hatchbacks for the enthusiast.

Some impressive cars have carried the Fiesta badge but this version must surely go down as one of the best. The interior design might not be to everyone's taste and there are concerns over how well the jutting fascia will age but the positives outweigh the negatives. The car looks good to most eyes yet beneath the sleek lines is a roomy cabin (rear headroom will only be a problem for tall passengers) and a generous boot. The engines are solid rather than spectacular but the highlight is the ride and the handling. The Fiesta tackles the lumpy British road network with composure, steers with real precision and grips like it's hanging from a branch over a crocodile pit. 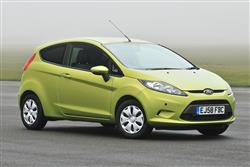 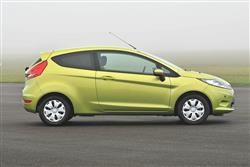 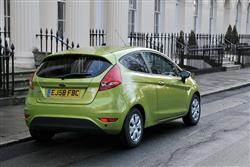 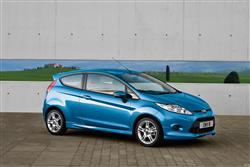 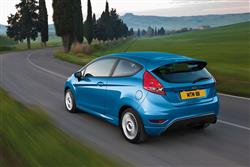 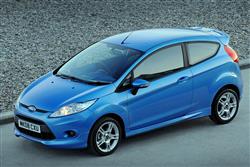