The Ford Galaxy has, by dint of sheer doggedness, become the standard by which large MPVs are judged. It's a hardy perennial of the sector, always there or thereabouts when challenging for class honours, representing a durable benchmark from which rivals measure their success or failure. Used buyers have long recognised the Galaxy's qualities. Yes, there are more adventurously styled MPVs and there are others with more prestigious badges but for sheer breadth of ability and the unerring capacity to hit the marks that really matter for family buyers, the Galaxy's been hard to beat. Here's what to look for when tracking down a post-2010 facelifted Mk III version.

In its genesis, the Ford Galaxy was one third of a joint partnership that included Volkswagen and SEAT. As is often the case, three in a relationship was an issue and the Autoeuropa plant in Palmela, Portugal never really nailed down the quality issues that any of the three marques experienced. Ford needed a greater level of control and the Mk III Galaxy, introduced in 2006, was a wholly in-house affair, built alongside its S-MAX sibling at the Genk plant in Belgium. Fast forward to 2010 and it was time for the Galaxy to get a reworking in what remained a fast moving market sector. With revised exterior design, upgraded interior materials and features, a range of more efficient powertrains and a host of driver-focused technologies aimed at improving safety and comfort, this was more than your usual lights, grille and bumper refresh. The all-new 2.0-litre 203PS EcoBoost petrol engine joined the fray alongside 115, 140 and 163PS 2.0-litre Duratorq TDCi diesel engines. Additionally, the Ford PowerShift twin clutch transmission was introduced as standard on the EcoBoost petrol engine and as a cost option with the 2.0 140PS and 2.0 163PS Duratorq diesels. A Blind Spot Information System was also debuted. These updates carried the Galaxy through to its replacement in 2015.

Personally, we're not at all sure that this Galaxy isn't actually better looking than its sleeker S-MAX stablemate - but that's just an opinion. Certainly, the cosmetic changes that Ford made as part of this MK3 model's facelift didn't do its good looks any harm. There was a smarter, more sculpted bonnet, a more distinctive front grille with chrome inserts and revised front foglamps, plus trendy daytime running lights on plusher versions. The roof got bolder silver rails, while redesigned LED taillights adorned the rear. But what really matter to used buyers is how this car performs as a family workhorse. Well, we've tested it on trips long and short, laden and unladen, packed with kids and loaded with luggage and there are a few things we've noticed. The excellent ride quality, for example, is particularly useful when it comes to avoiding car sickness in small passengers. Then there's the way that the huge glass area lights up the cabin and ensures that everyone gets a clear view out. It also means excellent visibility from behind the wheel from where it's easy to find the ideal driving position thanks to the amount of seat and wheel adjustment provided. Rather ambitiously, Ford wanted this car to appeal not only to someone who might be considering a large people carrier but also to owners of prestigiously-badged executive estates, hence the high quality of fit and finish around the cabin. In the rear middle row, there's decent room for three adults and the width of the cabin comes in handy if you're trying, for example, to fit three child seats back there. Even as an adult cooped up in the in the back row, there's little feeling of claustrophobia, with the Galaxy's designers having made good use of the space available, the 6 inches of height this car gains over its S-MAX stablemate being put to good use. The cabin floor even slopes up slightly towards the rear so that people in the back can see what's going on up front. When you're not using third or second row seating, the innovative FoldFlatSystem (which offers no fewer than 32 seating permutations) enables all rearward chairs to retract flush into the floor to present a vast double bed-sized 2325-litre flat load area (325-litres more than you'd get in an S-MAX) with lashing points to keep stuff in place if you do fail to resist this Ford's sporty character. Even with all 7 seats occupied, there's still 308-litres on offer.

The good news is that reliability is much better for these Belgian-built cars than the old Portuguese-build Mk1 and MK2 models ever were. The bad news? Well, there isn't much really. Owners have reported battery issues and the occasional key fob going on the fritz but most of the major mechanical parts are solid as a rock. Make sure that Powershift automatic versions haven't been subjected to heavy towing.

(Estimated prices, based on a 2.0 TDCi Zetec (inc VAT) A clutch assembly is around £140, an exhaust system around £800 (incl. catalytic converter) and an exchange alternator around £320. Front brake pads are around £70, front shock absorbers are about £45 and rears around £40.

Ford alone provides large MPV buyers with a choice of two completely different designs, the same platform offering not only this Galaxy but the more sportily-orientated S-MAX model. The S-MAX is an MPV for enthusiastic drivers who don't really want a people carrier and a surprising amount of its dynamic personality has been transferred across to this Galaxy intact, despite this car's higher centre of gravity and softer ride. Essentially, what you lose on corner turn-in and body-control, you gain in smoothness and comfort, but even so, this can still be a rewarding car to drive, seeming to shrink around you on the open road. As a result, large MPVs handling better than this one are a rare breed indeed, especially if you opt for the clever CCD active suspension system that gives the Galaxy additional agility and sure-footedness, particularly when it's heavily loaded. The two Fords share exactly the same engine range too, with the big headline-news at the launch of this facelifted MK3 model being the introduction of the 203PS Ecoboost SCTi turbocharged 2.0-litre petrol unit. Even with the standard Powershift 6-speed twin-clutch automatic gearbox sapping a bit of its power, sixty from rest, courtesy of a solid 300Nm of torque, occupies a mere 8.5s on the way to 135mph. That's significantly quicker than the fastest diesel option, yet this petrol variant gets within 12mpg of that model's fuel returns while being significantly more refined. Early facelifted post-2011 Mk3 galaxy models also featured Ford's old 140PS 2.0-litre normally aspirated petrol unit but if you come across one of these, you're probably better off ignoring it and, like the majority of Galaxy customers, choosing the diesel option. These TDCi variants are all 2.0-litres in size, with the 115PS engine struggling a bit to shift a fully loaded car uphill. Those who prefer a bit of shove ought to stick to the 140 or 163PS models.

The Galaxy is one of the few large MPVs that offers the driver something in the way of enjoyment, but the fact that it does this with improved reliability and undiminished practicality has seen it cement its place at the top table of family transport. We'd recommend this facelifted post-2011 MK3 model over earlier versions of the third generation Galaxy range and look for a 140 or 163PS diesel model, possibly trying to find a low mileage car with the Powershift auto transmission. It's hard to get things too badly wrong here though. This Galaxy's a solid product. 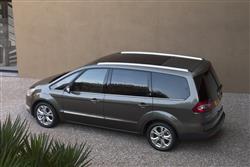 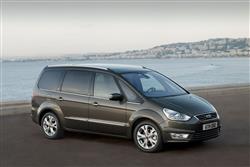 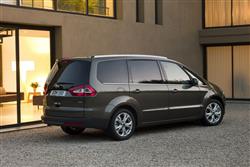 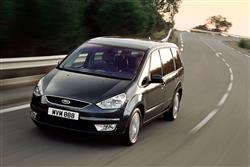 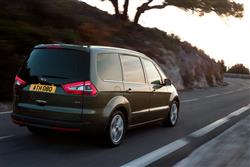 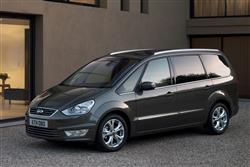