By the time Honda launched its third generation CR-V towards the latter stages of 2006, its task of remaining at the top of the compact 4x4 sales charts was looking massively more difficult. Not that Honda had taken its eye off the ball with the product: the CR-V was better than ever. The problem was that so many other manufacturers were now pulling out all the stops to cash in on the compact 4x4 boom. It wasn't long before virtually every single big name car brand had a small off-roader on its books. The CR-V had been one of a select breed: now it was going to have to fight it out amongst the masses. The CR-V had established a profitable position for itself in the marketplace since the first generation car arrived in 1997. If anything, Honda's offering was ahead of its time in that it made little pretence of being any good in the rough stuff. Instead, it concentrated on providing customers with a high level of ride and handling on the road plus a family-friendly interior design. The second generation model of 2002 barely deviated from this formula and neither did this Mk3 model. It's just that by 2006, the public were far better catered for with regard to small road-biased 4x4s. The CR-V had a fight on its hands.

The CR-V arrived in December 2006 with a pair of engines, one petrol and one diesel, and a trio of trim levels. Its key rivals were the Nissan X-Trail and Toyota RAV-4, two models that had been major players in the compact 4x4 market for a long time. Before too long, however, CR-V customers also had the likes of Citroen's C-Crosser, Peugeot's 4007, Mitsubishi's Outlander, Vauxhall's Antara, Chevrolet's Captiva, Renault Koleos, Volkswagen's Tiguan and the Ford Kuga to consider. Choice for the compact 4x4 customer had reached a zenith.

If standing out in amongst a crowd of similar compact 4x4 models was the CR-V's toughest task, it got off to a good start on the styling front. The coupe-like window-line isn't what you expect to see on a compact 4x4 and the way it parts company with the roof-line towards the rear of the car is certainly novel. The stance is low slung and hunched while the front end is very distinctive, with an unusual 'smiling' grille section that fits flush to the projector-style headlamps. A choice between 17 and 18-inch alloy wheels also underscored the Honda's on-road mission. Other 4x4 cues were also ditched, one by one. The tail-mounted spare wheel was excised, replaced by one that sits under the load compartment floor. The tailgate also opened like a conventional hatchback - side openings obviously having been deemed a little passe. The internal dimensions aren't far removed from the Mk2 CR-V, a car which always was one of the more spacious compact 4x4s. Load space was increased, despite the internally housed spare, while access was improved by bigger doors that open wider. The interior features metallic elements on the dash with soft textured black trim, while the front seats cater for this nation's ever-expanding posteriors, being larger and more comfortable than on the previous model. The CR-V features a gear lever at the base of the centre stack, brought closer to the steering wheel, creating more floor space. Equipment levels are generous with an eight-way powered driver's seat, leather upholstery, front and rear parking sensors and a rear-view camera offered according to trim level. The rear seats split 60:40 at the base and 40:20:40 at the back and slide back and forth to maximise either leg or luggage room. They even recline to really let rear passengers flake out on longer trips. When not required, the rear seats can be tumbled forwards and stowed upright to create a space big enough for a pair of mountain bikes. You won't even need to remove the front wheels. Extra versatility is served up with the 'Double Deck' luggage storage system created by a shelf that sits just over a foot off the load floor. This hinged slab allows luggage below to remain easily accessible but out of view.

Honda's output isn't known for niggling faults or mechanical mishaps and the CR-V should be as reliable a compact 4x4 as you'll find. Very few of these vehicles will have been driven off-road but there may be a few rogue examples out there. To be sure, check the underside of the car for knocks and scrapes.

The CR-V's two engine options are out of the top draw. The petrol powerplant is a 2.0-litre i-VTEC unit pumped up to produce 150bhp. It'll get to 60mph in a respectable 9.9 seconds if you choose the manual transmission, the five-speed auto model lagging with an 11.9 second showing against the watch. Peak power arrives at a nosebleed 6,200rpm, so you'll need to rev this thing to make progress and if you're loaded down with people and gear, the modest 190Nm torque figure may well prompt you to look at the diesel engine. This is the celebrated 2.2-litre i-CTDI diesel good for 140bhp but with a generously stuffed 340Nm of torque. If you're planning on towing anything, look no further than this unit. It's also probably the most refined diesel engine of its era. Take a look under the CR-V and you'll spot independent suspension all round with a multilink rear set-up. The centre of gravity of this model was dropped by fully 35mm compared to the Mk2 car and Honda claimed to have benchmarked the best family hatchbacks (rather than other 4x4s) when it came to handling. Forget the cumbersome roly-poly road manners and ponderous ride quality still common to some cars in this class. The CR-V was engineered to be pin sharp straight out of the box. This matters. It matters because, if you're honest with yourself, you'll probably never take a small 4x4 like this off road anyway. And, above all, it matters because the CR-V corners more crisply and safely than most of the alternatives in the market. Despite the best efforts of the Romans, our roads tend to be very twisty. One criticism that could be levelled relates to the ride which is noticeably firmer than some of the alternatives but most would happily put up with this in exchange for the alert handling of the CR-V. The CR-V can handle gentle off-road tracks thanks to its four-wheel drive system but think of this as an all-wheel drive equipped car rather than a 'proper' SUV. The system was tweaked a little to direct even more torque to the rear wheels when the front wheels start slipping. This is actually handier if you're planning to use the CR-V in bad weather conditions or on an Alpine skiing jaunt.

If you're looking for a used compact 4x4 in the Mk3 Honda CR-V's age and price bracket, you'll have a lot of other models to choose from. You'll stick with the Honda if you like the unorthodox styling and the crisp handling and you need the practical interior. The ride can be a little harsh over bumpy surfaces and the CR-V is not a vehicle you should buy to drive off-road but otherwise it ticks most of the boxes. Particularly with the 2.2-litre i-CTDi diesel installed, this CR-V is a polished performer. 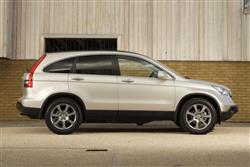 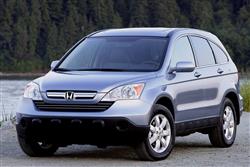 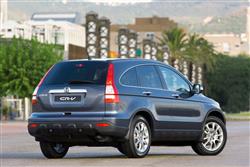 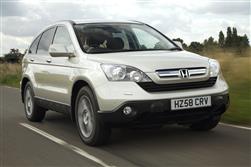 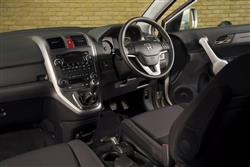 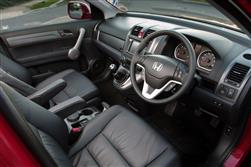