Buying a used car can be a stressful process. Let's assume for example, that you're looking for a previously owned supermini. Lurking in the back of your mind is the suspicion that you'll buy a lemon and look stupid. Buy one with a warranty and you suspect the warranty might be a lemon and leave you with egg on your face. This is the reason why risk-averse people in this segment buy cars like Kia Rios and Hyundai i20s. But there is an alternative strategy to being welcomed into South Korea's bosom. It's the Honda Jazz, a used car purchase that's as trouble-free as they come, statistically speaking at least. The second generation version was particularly recommendable and if you're looking for one, then try and land yourself the improved facelifted version, launched in 2011. Here's how to find a good one.

How exactly do you better a best seller? Back in 2007 when Honda launched the MK2 version of their Jazz supermini, you have the feeling that they really weren't quite sure. Its predecessor, launched in 2002, had after all, offered buyers something unique and unobtainable elsewhere, a revolutionary 'magic seat' interior design that gave supermini buyers the greater practicality of a larger family hatchback. The result was over 30 international awards, residual values higher than any other rival in its sector and a sales performance that saw the car consistently amongst the top three best sellers in its segment, embarrassing cheaper contenders like Toyota's Yaris and Renault's Clio. It was quite an act to follow. Of course, the replacement second generation Jazz kept everything that was good about its predecessor, even improving upon its practicality with a slightly larger, more practical body that came with more of a 'big car' feel. But it wasn't enough. By now in an over-stuffed supermini market, the Jazz needed a new unique selling point and the original version of this MK2 model car didn't have it. Hence the need for the revised version we're looking at here, a car that arrived in 2011. The plushest versions of the updated model offered the option of a hybrid engine, making it the first car in the supermini sector to offer petrol/electric power. It was technology that pushed the price up of course, forcing Honda engineers to also develop a higher quality road going experience with a smooth CVT automatic gearbox that also benefited more affordable petrol variants that most people bought. Throughout the life of this model, Honda continued to try and keep the Jazz relevant and fresh. After the 2011 update, we saw the company offer three years' free servicing on all 1.4-litre petrol models and Hybrid versions. Then in June 2012, they introduced fuel-saving Idle Stop technology to the Jazz 1.2 i-VTEC. In July of that year Jazz Si appeared, offering a more focused suspension and steering set up as well as interior fitments like a leather-trimmed steering wheel, black and silver supportive seats and cruise control. An Si-T version was sold alongside, with the addition of satellite navigation and integrated Bluetooth. Exactly one year later, Honda gave us the ES Plus model. This replaced the ES and featured 16" alloy wheels, cruise control, privacy glass, driver's front armrest and leather-trimmed steering wheel and gear lever. It was exclusively teamed with the 1.4 i-VTEC engine. An all-new Jazz was unveiled in 2015.

The post-2007-generation Jazz is certainly sleeker, a little more Civic-like, than its predecessor - which is hardly surprising as the two cars were designed by the same person. This post-2011 facelift model got smarter projector-style headlamps and restyled bumpers that helped deliver a sleeker 0.33 Cd drag factor. What's important though, is that this car was one of the roomiest and most practical cars in its class. As with most superminis, you'd struggle to fit three adults across the back seat for any length of time but two would be quite comfortable, especially since the seat backs recline by up to 73mm for extra comfort on longer trips. But features like that you can find in other superminis. It's the packaging brilliance of this car that sets it apart, made possible by the way that the fuel tank has been re-positioned under the front seats to liberate the floor of the cabin and allow the seats to be folded into all sorts of permutations. That comes courtesy of the Honda 'Magic Seating system', something you'll need if the surprising spacious boot isn't big enough. That may not be the case. After all, the 379-litre capacity you get in standard models is bigger than you'll get in a Ford Focus from the next class up, though if you opt for a Hybrid, that capacity does drop to 303 litres. Plus you can make the best use of the space on offer too, thanks to a Double Trunk design which can divide the space on offer into four different configurations for carrying different loads. If that's not enough, then you can transform the interior of your Jazz in over 180 ways at the lift of a lever or the push of a button. Let's say you want to push forward the rear seats for example, to free up a potential 883-litres of space and store something like a bicycle. The first thing you notice is the ease of the folding process. Normally with superminis, you've either got to mess around pulling seat bases forward before you can drop a rear backrest that often has to have the rear head restraints detached too. Or you've a backrest that simply flops forward but doesn't give you a flat loading floor. Here, in contrast, you've only to release a simple lever mechanism, push forward from the rear and watch as backrest and seat base retract together into the rear footwell in one quick, fluid motion. With this done, you can not only store something as bulky as a bike but if you're not using the front passenger seat, you can also recline it and accommodate items as lengthy as a 240cm pair of downhill skis. Garden centre shoppers meanwhile, will love the way you can lift up the rear seat cushion cinema-style against the rear seat back creating a tall protected space in the rear seat footwells for items like plants. Plus there's plenty of oddments space too. And at the wheel? Well there aren't too many trendy soft-touch plastics on display, but Honda has still managed to create quite a classy, up-market feel thanks to a smarter, darker dashboard material chosen to contrast with the soothing backlighting used for the various dials, gauges and displays across the dashboard, orange in standard models and blue if you've gone for the Hybrid. There's an airier, more spacious feeling than you'd expect in a car so small, even if you haven't gone for a car with the huge optional panoramic glass sunroof. The carefully-designed windscreen increases all-round vision and thinned front A-pillars allow light to flood the cabin. The driving position offers plenty of adjustment, too, and it shouldn't be a problem for most people to get comfortable.

Good luck trying to find generic faults with the Honda Jazz. It's the most bulletproof used buy out there. In 2012 it topped its category in the JD Power customer satisfaction survey for the ninth year in a row. In the same year, consumer champions Which? praised the Jazz's class-leading space and versatility, bullet-proof reliability, strong resale values and the fact it's easy and safe to drive. The results also took into account positive feedback from Jazz owners. In 2014, the Jazz scooped the 'Most Reliable Used Car' award in the Auto Express Driver Power survey, with an impressive reliability score of 98 per cent. You get the idea. Just about the only things you need to look out for are signs of misuse. Many elderly drivers take excellent care of their vehicles but there are some Jazz's that have suffered a bit of a bashing when being parked. Inspect for dinged alloys, damaged lower suspension arms and look for accident repairs.

If proof were needed that a satisfying roadgoing experience need have little to do with ultimate power, then this Jazz provides it. This updated MK2 model featured no changes with the stuff that didn't need fixing: the near-perfect driving position, the revvy nature of the i-VTEC Variable Valve Timing petrol powerplants and the brilliant quality of the manual transmission that'll see you shifting just for the fun of it. Why can't other brands produce a gearchange as good as this? Even if you can't afford the top hybrid version, you have its developers to thanks for the better quality ride and more responsive power steering that you'll find across the board in this revised second generation Jazz range. The electric power steering used on the original version of this car was a detached, PlayStation-like experience devoid of much feel. This set-up is much better, especially at higher speeds. The settings that sharpened the handling were welcome too and though they don't usher in Fiesta-style fun on twisty country roads, the Jazz acquits itself well, the nose edging wide near the limit of adhesion in tighter bends before the standard stability control system takes matters in hand. It's all very safe and predictable and, one suspects, precisely calibrated to meet the needs of the majority of Jazz customers. For these people, it'll probably be more significant to learn that a range of suspension tweaks created in this car one of the very best riding superminis in the class. And they'll also appreciate aerodynamic refinements to the bodyshell which reduced wind noise at cruising speeds. Under the bonnet where it's a petrol-only line-up, the 1.4-litre garnered the most sales. It's badged '1.4' by Honda but you're actually a bit short-measured with 1339cc of swept capacity under the bonnet! It's the fastest of the mainstream Jazz models, though with just 99bhp on tap, you shouldn't expect too much. Rest to sixty here occupies 11.5s on the way to 113mph, only a fraction better than the 12.5s and 110mph you could expect from the 90bhp 1.2-litre entry-level version. The Hybrid variant uses the same 88bhp 1.3-litre petrol engine that powers the Honda's larger Insight hybrid, making sixty in 12.1s on the way to 109mph. It would be faster matched to a manual gearbox but Honda's thinking, probably rightly, was that buyers shelling out premium money for a hi-tech hybrid supermini were probably going to want a self-shifter, hence the smooth CVT auto transmission that was standard on the Hybrid and optional on the petrol 1.4-litre.

The Honda Jazz deserves more respect than it gets and this improved post-2011 second generation model is probably the version of this design that makes most sense as a used car buy. Derided as a bit of a granny magnet that's devoid of appeal for anyone with their own teeth, it's actually a really smart supermini that's engineered like no other. Yes, there are more exciting cars to drive, but it'll be a cast-iron guarantee that none of them will be as reliable as the Jazz. We like superlatives and this little Honda remains the numero uno when it comes to integrity of engineering. It would always be our first choice for the used buyer who wants the peace of mind of a new car. 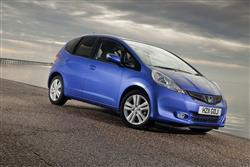 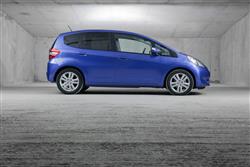 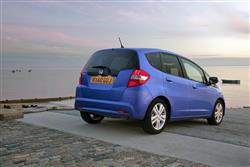 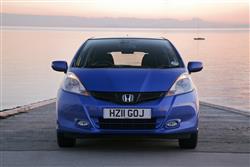 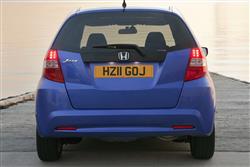 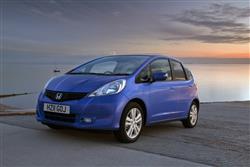