The Hyundai i20 supermini evolved in second generation guise. In this form, it was no longer merely a budget choice but now had the quality, the efficiency, the technology and the looks to square up against the supermini class leaders. Plus it's retained one of the best after-sales packages anywhere in the car industry - and pricing didn't get too ambitious. All of which makes it well worth considering as a used buy. If you're shopping in this segment, here's a car you shouldn't leave off your shortlist.

We're used to hearing success stories from Hyundai, but in recent years, there's one important market segment this Korean company has found something of a struggle: that for superminis. Quite simply, it's never built one that could go head to head with the class best. That though, was exactly the aim with this car, the second generation i20. As its name suggests, the i20 slots neatly in between Hyundai's i10 citycar and i30 family hatchback, both impressive but sometimes rather forgotten contenders in their respective sectors. You could make the same observation about this i20, for apart from a brief sales spurt following an original launch in 2009 that was boosted by interest generated by the government's short-lived Scrappage Scheme, it had become a rather forgotten choice in the supermini segment before the arrival of this MK2 model in early 2015. This car though, aimed to change things, delivering what the importers claimed to be a class-leading value proposition. The brand knew that this time round, the i20 needed to sell on more than just value. By 2015, buyers in this segment were demanding extra style, technology and driving satisfaction and they tended to favour products created with the European market in mind. Hyundai told us that the first generation version of this car was developed that way but in reality, it was built in India on budget principles very much related to the company's past. This MK2 design was very different, with production transferred to a state-of-the-art plant in Turkey, following a German-based product development programme and a demanding testing schedule on roads right across the Euro zone. This one, in other words, really was designed precisely for us. You can see that in the way it looks, in the sophistication it offers and in the efficiency that lies beneath the bonnet. There was even a separate coupe version that aimed to particularly highlight driving dynamics the Korean company also claimed were much improved. An 'SUV'-style 'Active' version of the five-door model was added to the range in 2016. This MK2 i20 sold in its original form until 2018 at which point it was significantly facelifted. It's the original version though, that we look at here as a used buy.

The Korean brand calls the design of this car 'a study in elegant simplicity'. We're not sure we'd call it that but there's no doubt that in MK2 form, the looks of this i20 had a bit more personality. Most chose the volume-selling five-door version, but Hyundai also offered a three-door Coupe model that got a bolder rear wheel arch design and a very slick rear C-pillar, smart touches that created quite a desirable shape. The five-door version can't quite match that of course, but Hyundai's usual 'fluidic sculpture' design theme brought with it confident curves, a low wide stance and a sloping roofline that gives the whole shape a bit of energy. Lift the hatch and you're greeted with one of the most accommodating luggage areas in the segment, capacity having increased by 10% with this Mk2 model to a class-leading 326-litres in the five-door variant. Move to the rear seat and space remains a strongpoint. Those familiar with the previous generation version of this car will appreciate the additional room freed up by 45mm of extra wheelbase length in the MK2 model. It's quite pleasant up-front too, where a two-tone colour scheme adds a bit of character to what might otherwise be a rather featureless design. Depending on the exterior paintwork you've chosen, this upper section can come either in beige, a dark grey, a 'Cappuchino' brown or in a 'Grey Blue' shade. All of these finishes smartly set off an intuitively laid-out dash that features what Hyundai calls 'functional clustering' of the key technologies - a grouping together of key instrumentation items like the audio, heating and ventilation systems to create a cleaner-looking fascia.

We came across lots of satisfied i20 customers in our owners' survey but inevitably, there were a few who had issues with this MK2 model. In one instance, an owner reported that the battery kept going flat when the car was left for a few days. Another buyer had problems engaging reverse gear. More seriously, in one case, one of the bolts on the engine mounting sheared, stranding the driver. We came across a number of reported electrical faults, so check out the car you're looking at in this regard. In one case, the fuse on the audio system blew. Otherwise, it's just the usual things. Look out for scratched alloys, check the rear of the interior for signs of child damage and insist on a fully-stamped-up service history. Other than that, it's a clean bill of health. Hyundai's brilliant five-year warranty arrangement means that these vehicles very rarely fall into premature neglect.

If you go for the base four cylinder 1.2-litre i20, this engine comes in either 75PS guise or with 84PS and performance doesn't differ greatly either way. For a stronger showing in this regard, you'd be better off choosing the 100PS 1.0 T-GDI turbo three cylinder petrol unit - or perhaps one of the CRDi diesels. Possibly the 75PS 1.1-litre diesel unit, though the performance here really is quite leisurely, 62mph from rest occupying 16s on the way to a two-figure maximum. It's better if you can to find the small premium Hyundai asks for the 90PS 1.4-litre CRDi variant, which delivers a far more acceptable sets of stats - 62mph in 12.1s en route to 109mph. And, more importantly, 240Nm of torque - so double the pulling power you get from the 1.2-litre petrol model. Enough on the engines, though before leaving this subject, we will make one more important point: you struggle to hear them. Off hand, it's hard to think of a supermini in this segment that's better than this one in suppressing noise, vibration and harshness. The bottom line is that all the effort has handsomely paid off - which is one of the things that makes this one of the few superminis in which you'd feel confident in undertaking a really long trip. The revised suspension set-up helps here too, the revised shock absorber valve system of this MK2 i20 enabling the somewhat nervous ride quality of the first generation model to be replaced here by a more grown up, supple feel.

One statistic tells you a lot about this i20: 88% of existing owners buy another, a figure almost double that of typical rivals in this segment. Evidently then, people like it once they've tried it. You can see why. Certainly it's hard to think of a supermini that would be easier to live with than this one. Few others are more practical or better built and though pricing's a little higher than perhaps you might expect, this car remains affordable to buy. To these sensible virtues, this second generation model added a sleeker shape, a more willing set of driving dynamics and most of the hi-tech features you'd now expect from a modern contender in this class. Of course, it isn't perfect. Not all the mainstream engines are as efficient as they could be, a point emphasised by some trendier, more avant garde rivals from this era, some of which are better to drive. Overall though, if you can find a car in this class that makes more sense when you add together all the really important attributes that families look for in a supermini in this segment, then you'll be doing very well. 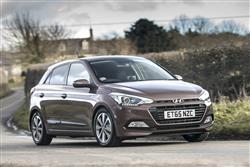 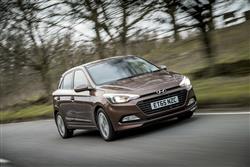 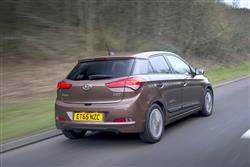 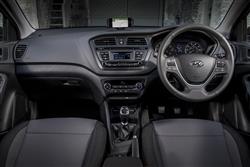 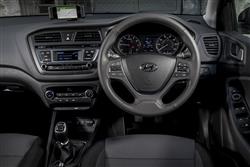