If, in choosing a used Focus-sized Family Hatchback, you merely want to buy a very good one and pay as little as possible for it, then Hyundai has a proposition for you - its improved post-2015 second generation i30. With efficient engines, a smart look, a pokey petrol Turbo flagship model and the availability of an impressive dual-clutch 7-speed auto gearbox, it's certainly a competitive proposition. Spacious, sensibly-specced and value-laden, this is a car that offers a really good alternative to the volume brands in this segment.

Cast your mind back to 2007. That was the year the very first Hyundai i30 family hatchback appeared, a Focus-sized model that completely changed the way we thought about Korean cars. Since then, this Asian maker has transformed itself from budget brand to the point where it's now a mainstream quality choice, a process that was aided by the launch of the second generation i30 model in 2012, a family hatchback that did well for Hyundai on these shores. By 2015 though, this model was facing tougher competition from an army of new arrivals in the Focus and Astra segment. Hence the need for the revised second generation i30 model that we're going to evaluate here as a used car buy, a car first launched here in the Spring of 2015. It's very firmly a product of evolution rather than revolution: you'd certainly have to know the original second generation design quite well to immediately spot this improved version's differences at first glance. Delve a little deeper though and it becomes clear that the changes Hyundai made here were actually quite significant. They included an upgraded engine line-up incorporating a more efficient 1.4-litre petrol powerplant, a much higher-tech dual-clutch 7-speed automatic transmission option, a powerful flagship petrol Turbo model, luxury car-style equipment options and a smarter look to build on the brand's well-liked so-called 'Fluidic Sculpture' design philosophy. This improved MK2 model sold until 2017, when it was replaced by an all-new third generation i30 range.

We came across lots of satisfied i30 customers in our owners survey but inevitably, there were a few who had issues. Known faults on this model include the knocking sound that a few owners have noticed from one of the wheels. There were reports of several power steering failures. And a handbrake recall. One buyer had the rim on his car's steering wheel disintegrate, and had to replace the high-mounted rear stop light. Another buyer had to fork out for a clutch replacement. Customers have noted that some of the interior finishes can get scratched quite easily and the alloy wheels fitted to top models are quite easy to kerb. Other than that, it's a clean bill of health. Hyundai's brilliant five-year warranty arrangement means that these vehicles very rarely fall into premature neglect.

It says something about the progress Hyundai has made over the last few years that many will come to this car expecting dynamic standards that match the Family Hatchback class-leaders. Cars like the Ford Focus and the Volkswagen Golf that have spent decades perfecting themselves in this area. Of the two, it's clearly the Volkswagen that has been Hyundai's benchmark in development, for in terms of ride and refinement, this i30 remains very close to the high standard set by its pricier German rival. The sophisticated multi-link rear suspension that made the original first generation version of this Korean design so surprisingly good in this respect was retained for this second generation model - and improved to the point where on a poor surface, you really do feel like you're riding in something far more expensive. Few other cars in this class are better at soothing away tarmac imperfections. Assuming you're not in a diesel model at start-up (where the engine can be a bit clattery) or cruising at high motorway speeds (where there's a bit of wind noise around the mirrors) it's also extremely quiet. There's a reason for that - or more accurately, four reasons: anti-vibration engine mounts, hollow driveshafts, smoothly-profiled door handles and double-layered door seals. It's all about attention to detail you see. As for handling, well there's still a little scope for improvement here if Hyundai's really wants to rival a Ford Focus around the twisty stuff - though we're not sure exactly how much point there is in trying to do that. Cornering door handle-style after all, isn't a priority for many of the brand's buyers and in any case, this car is a match for many of its family hatchback rivals in terms of body control and chassis balance. A little ironically, the main area that's rather lacking in this regard - steering precision - is the one in which the Korean designers have devoted most effort. All but entry-level variants get what's called a 'Flex Steer' system, with a button on the wheel that enables you to switch between 'Comfort', 'Normal' and 'Sport' modes. Given that 'Comfort' is rather light and 'Sport' artificially heavy, you end up leaving it in 'Normal' all the time, which rather defeats the point. We know electric steering is difficult to get right, but it'd be better next time for the engineers to simply develop one set-up that's direct and incisive. We've had no complaints about the engine line-up on offer though, an area in which Hyundai clearly did its homework. Most original i30 customers opted for a diesel - not surprisingly, because the 1.6-litre CRDi Blue Drive unit the range is based around is a very strong offering. It was available in this particular model in two states of tune, 110PS and 136PS, the top version a little pokier than it was in the original version of this MK2 model. It was the 110PS variant that most original buyers wanted, a car offering an appealing blend of performance and efficiency, near-on 80mpg frugality mixed with the ability to reach 62mph from rest in 10.6s on the way to 117mph. If you do want the 136PS model, those figures improve only marginally - to 10.2s and 122mph. One of the most significant improvements made with this revised MK2 i30 was that Hyundai could at last offer buyers a properly efficient automatic gearbox option. It's a 7-speed DCT dual-clutch transmission - one of those clever units able to pre-selects the next gear before you've even left the last one - and it makes the auto version of this diesel i30 massively more sensible to fuel and tax than was the case with the old torque-converter 6-speed CRDi automatic model. On to the petrol i30 line-up, something Hyundai worked hard on to improve as part of the second generation range upgrade. The main change was the replacement of the original MK2 model's old-tech 1.4-litre 100PS 'Gamma' engine with a lighter, more efficient 'Kappa' series unit with the same size and output. Performance was pretty much unchanged, so 62mph from rest takes 12.7s on the way to 113mph. We'd take this unit over the mainstream alternative, a 120PS 1.6-litre GDI petrol powerplant that was carried over from the pre-facelifted version of this car. After all, the standard 1.6 isn't much faster (62mph from rest takes 10.9s en route to 119mph) and will cost you a lot more to run. That only leaves the top petrol Turbo model, a variant added as part of the updates made to this improved i30 line-up. Here, as the model name suggests, you get the 1.6-litre GDI engine in turbocharged guise, which usefully boosts output to 186PS. That's not enough to make this a really credible hot hatch, but it is enough to offer very lively performance, 62mph achievable from rest in 8.0s en route to 136mph. Due in part to the impressive refinement we mentioned earlier, this top sporting variant never feels enormously fast, but keep the revs high and the turbo on song and, thanks to 265Nm of torque, you'll find that this i30 can be hustled along at a decent pace. Hyundai promised more direct steering feel in this variant but there still isn't the kind of feel through the helm that a real enthusiast would want. On the plus side, you'll find through the bends that body control is impressive, courtesy of sports suspension tuned at Germany's fearsome Nurburgring Nordscliefe racetrack. Plus there's loads of grip and you're held nicely in place by supportive bucket sports seats. We also like the positive gear shift from the six-speed manual 'box and the feel from the uprated brakes. Ultimately, what we have here is a sporting family hatch that might lack a real shopping rocket focus but which also lacks the usual hot hatch drawbacks too, things like a rock hard ride, poor refinement and high insurance costs. There has to be a place for that.

With this improved second generation i30, Hyundai was in the unfamiliar position of having to update a car that was already pretty good in the first place. It was a nice problem to have. Back n 2015, we expected a smartening of the styling, an improvement in running costs, an addition of hi-tech equipment and an extra dose of quality. All of which were duly delivered in an enhanced MK2 model i30 that proved to be a predictably complete product. In summary then, an effective package - as this i30 has always been. It was good enough to leave the industry's more established car makers with furrowed brows because ultimately, it's hard to do too much better for the money in this part of the used car family hatchback segment. Which means that in this case at least, the i's still have it. 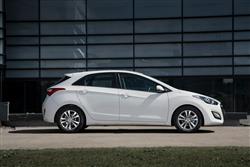 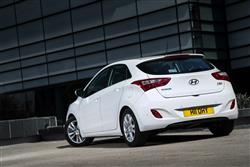 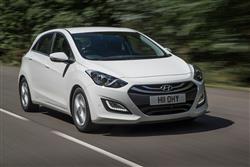 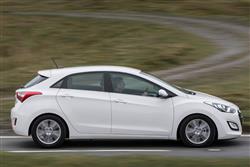 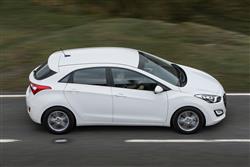 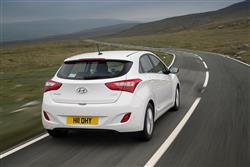