It's said that when it comes to engines, there's no substitute for cubes. You could say the same thing about MPVs as well, Manufacturers pull all the clever stunts they can with folding seats, cubby holes in unlikely places and repositioning items like fuel tanks but when all's said and done, sheer size counts for a lot. And People Carriers don't come with much more sheer size than Hyundai's i800. Why? Because, not to put to fine a point on it, the i800 is a van with windows and eight seats. While that doesn't at first seem the most promising start for a passenger vehicle, it's one that has and continues to work very well in many markets. We're a bit sniffy about commercial-based vehicles in this country, but it's a different story in Europe where, for example, Mercedes-Benz doesn't employ anything like the subterfuge it does here to disguise the fact that its Vianos were always marketed by its commercial vehicles arm. Hyundai always sold this i800 as a car and if you're able to see it that way, then you'll surely agree that it scores well in terms of sheer practicality. But does it make the grade as a used buy? Find out here.

First introduced in 2008, the i800 instantly carved a niche for itself as a way to carry eight people and luggage in a car that costing less than £20,000. The 170PS 2.5-litre turbodiesel under the bonnet delivered more than enough torque for the job in hand and was joined by a 134PS unit of identical capacity that was teamed with a manual gearbox. This model was briefly deleted from the Korean company's line-up in 2014, then reinstated and facelifted in 2017. From then, the i800 continued to sell in steady numbers with very little in the way of mechanical or cosmetic update until it was discontinued in 2019.

Park the Hyundai i800 outside your neighbours' house and you may well have them googling their claims to 'Right to Light'. It's a big unit, the 5125mm length making it longer than a Mercedes S-Class and the 1925mm height making it taller than Rio Ferdinand in stockinged feet. While it's not going to win any beauty prizes, that blockhouse shape is undeniably the most efficient way of maximising internal space. That eternal quandary that faces most MPV owners (namely that when they've loaded the vehicle with passengers, there's nowhere to put the bags) just doesn't apply with the i800. Even with eight up, there's a 581-litre luggage bay - almost twice as much as some estate cars. The car features a pair seats in front and two benches behind, each accommodating three adults in comfort with uncompromised head and legroom. Both rear benches feature a 60:40 split-fold and recline, while the centre row also slides forwards or backwards to tailor space as required. All of the rear seats are accessed by pair of sliding doors, making access easy wherever the i800 is parked. Once inside, the ambience is far more car-like than other 'minibus' style rivals, with two-tone interior trim, privacy glass, a six-speaker audio system and ducted air conditioning throughout. Individually-controllable overhead vents in the rear make sure all of the occupants can keep their cool.

Significant issues have yet to surface with this model. The interior plastics don't wear as well as some rivals but the underlying build quality is good. Make sure the rear seats fold as they should and also ensure that the sliding doors engage cleanly and track smoothly on their runners. Just about the only fault we see repeated with the i800 are tired rear tailgate struts. Many cars are sold just as they come out of their five year warranty period, so check to see if there are any expensive fixes that the previous owner is looking to saddle you with if that's the case.

(Approx - based on a i800 2.5 CRDi) Consumables for the i800 are reasonably priced, an air filter retailing at around £10, a fuel filter costing around £30 and an oil filter £8. Spark plugs are £4 each and original equipment spec front tyres are £75 a go.

Rather than using exactly the same chassis as a commercial vehicle, this people carrier has a purpose-made coil sprung rear suspension system with five locating links to ensure decent ride quality and manoeuvrability. As you might well expect, you're not going to see the i800 gracing the cover of evo magazine any time soon, the i800 not doing a whole lot to hide its H-1 van roots. Despite the fact that it never feels anything other than a big, tall bus, the i800 does get a very good diesel engine. The 170PS version of the 2.5-litre four-cylinder diesel is the one to go for. It cranks out a massive 392Nm of torque; enough to ensure that the i800 never feels sluggish even with a full load. While the 14.4 second 0-62mph time for the automatic doesn't sound that exciting, it's notably better than the 17.6 seconds it takes for the manual 134PS model. Some recompense comes with the better 37.7mpg economy of the less powerful engine compared to 32.1mpg for the 170PS unit. Whichever version you choose, balancer shafts also mean that the engine remains reasonably smooth and refined. Power is transmitted either via a rather long-throw manual gearbox or a surprisingly slick five-speed auto, but the engines offers an acceptable turn of pace and a triple digit top speed means that you aren't going to be embarrassed on the motorway, even when fully loaded. This is the acid test for an MPV. Many manufacturers will fit small diesel or petrol engines to their models and claim sales on the back of impressive looking economy and emissions figures. This all comes to naught if you must then thrash the guts out of the car to make any progress when it's loaded with people and luggage. A much cleverer option is to go for a bigger, less stressed engine and waft along on a fat slug of torque.

This i800 arrived with next to no publicity, yet still managed to outsell other Hyundai models like the Sonata, the Terracan, the Trajet and even the sporty Veloster coupe. That tells you all you need to know about it being the right tool for the job. It's ruggedly built and you ought to be able to pick one up that shows modest mileage on the clock and which will provide years of service. If you need to seat eight, your options are quite limited but the i800 offers a practical, durable and reliable solution with little in the way of fuss or extraneous decoration. Sometimes, that's all you need. 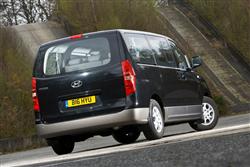 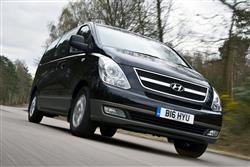 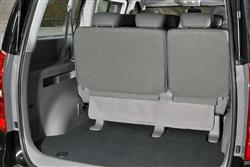 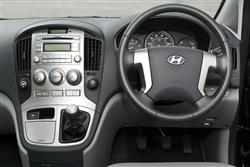 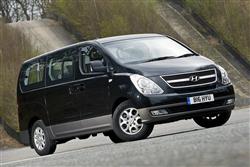