If you think the big three prestigious German brands have the Executive car segment sewn-up, a drive in the improved version of Jaguar's second generation XF may be enough to make you reconsider. Even in the face of tough competition from rivals like the BMW 5 Series, the Mercedes E-Class and the Audi A6, this car offers a compelling range of virtues.

This MK2 Jaguar XF, launched back in 2015, proved to be lighter, more efficient and packed with technology, an improvement on its predecessor in every possible respect, aided by its hi-tech aluminium-intensive architecture. But time moves on. Since then, we've seen all-new versions of all this car's key market rivals, yet the XF soldiers on as a bit of a left-field choice in the full-sized executive segment. Now updated, it aims to offer a more sporting, dynamic choice in the full-sized Executive segment. To put that in competitive context, it's more BMW 5 Series than Audi A6 or Mercedes E-Class, though buyers of all three of these cars should be tempted by this model's luxurious cabin technology and very decent efficiency figures. In the last decade, German rivals like these have dominated this market sector as Jaguar re-built its reputation amongst business buyers. Having done that and rejuvenated the car that re-established it as a desirable brand, the company's ready to take on this segment in earnest with what looks to be an elegant, progressive display of British engineering and craftsmanship. How will it fare? Let's find out.

Stay with us here. The XF range hinges around a 2.0-litre diesel four-cylinder engine and while that doesn't sound too exciting, it's where the big sales are. It now comes in a single 204PS D200 state of tune, offers customers the option of rear wheel drive or AWD and features the brand's latest MHEV mild hybrid engine tech, which can assist the engine under acceleration. As a result, a rear-driven model gets to 60mph in 7.1s - or 7.5s in AWD form. The conventional petrol options continue much as before, 250 or 300PS versions of Jaguar's usual 2.0-litre Ingenium unit in the P250 (RWD) and P300 (AWD) variants. Both feature the engine technologies including a twin scroll turbocharger and Continuous Variable Valve Lift (CVVL), for a strong combination of refined performance and efficiency. The P250 makes 60mph in 6.5s, which the P300 AWD variant mamnages the same sprint in 5.8s. All engines are paired with Jaguar's eight-speed automatic gearbox, which can be controlled using the steering wheel shift paddles for added driver engagement. Across the XF range, driving dynamics suit a relaxed but purposeful style. The chassis delivers near perfect 50:50 weight distribution and huge strides have been made to perfect refinement. Ride is another class-leading XF quality. This Jaguar shares its suspension set-up with the smaller XE model, which means struts with double wishbones at the front and an 'integral link' independent set-up at the rear. The steering uses the same electric power-assisted set-up as the Jaguar F-Type and XE, while active dampers are on the options list.

From almost any angle, you'd know this was a Jaguar. You'd know this was an XF. The look has been evolved here though, with features like revised super-slim all-LED quad headlights with 'Double J' Daytime Running Light signatures. There's also a wider front grille and revised bumpers with larger and lower air intakes at the front. The side fender vents now feature the iconic Leaper emblem and at the rear, there are darkened tail lamp surrounds for the saloon and a body-coloured upper valance. There are changes inside too, with a 'sportier' centre console that sweeps up to a new centrally-mounted 11.4-inch curved-glass HD touchscreen for the new 'Pivi Pro' infotainment system, which has standard 'Apple CarPlay'/'Android Auto' smartphone-mirroring and the latest embedded dual-sim technology with over-the-air updates. The seats have been re-designed with wider cushioning and a Jaguar Leaper embossed on the headrests. And the door casings have been revised too. Authentic finishes, including open-pore wood veneers and aluminium, feature in beautifully formed shapes such as the upper door insert and full width 'Piano lid' that is formed across the width of the dashboard. Through the wheel, the driver now views a new 12.3-inch HD Interactive Driver Display that replaces the conventional dials. At 4,954mm long, the XF remains a big car, so there's lots of room in the back. The doors offer an optional soft-close function, and there's plenty of natural light flooding the cabin. If you want more, you can specify a panoramic sunroof. The rear bench also features a practical 40:20:40 split, making it easier to through-load bulky items such as skis. The 540-litre boot has the option of a power close function which can work with one of those 'gesture control' systems if you approach the car laden down with baggage.

As ever, the XF comes in either saloon or Sportbrake estate guises. Prices start at around £34,000 for a D200 variant with 204PS. Prices for the D200 with AWD start at just over £35,000. The P250 base petrol model starts at around £38,000, with the P300 AWD 300PS flagship variant costing from around £45,000. The base diesel model comes with an entry 'R-Dynamic S' level of trim, but otherwise, XF customers choose between 'R-Dynamic SE', 'R-Dynamic HSE' or 'R-Dynamic Black' options. Key here is the recent introduction of the standard 11.4-inch 'Pivi Pro' centre-dash infotainment screen, which incorporates two LTE modems enabling the system to carry out multiple functions at the same time, such as streaming media and downloading SOTA updates, without compromising performance. You also get a 12.3-inch digital instrument binnacle screen which can show full-screen mapping. And another screen can be activated via Jaguar's 'ClearSight' interior rear view mirror which gives the driver an unobstructed view of the road behind. Using a wide angle rear-facing camera, the optional system feeds images to a high-definition screen within the frameless rear view mirror; unhindered by tall rear passengers, poor light or rain on the rear screen. The headlights can now be specified with Pixel LED technology and Adaptive Driving Beam capability so that they alter their range to fit with road conditions and surrounding traffic. You can also now specify a Cabin air ionisation system that improves interior air quality through Nanoe technolgy, which helps remove allergens and unpleasant odours. Safety technology includes 'Forward Traffic Detection' which alerts you at times of reduced visbility when something is crossing your path up-front. And 'Forward Vehicle Guidance' which helps you place the car in low speed parking manoevres.

As before, it helps the XF's cause that it's relatively light weight, thanks to the fact that so much of the structure of the car (75%) is fashioned from aluminium. The important news with this revised model though, is that its core 204PS 2.0-litre Ingenium diesel engine used with the mainstream D200 diesel variant now features Jaguar's latest next generation Mild Hybrid Electric Vehicle (MHEV) technology for the first time. This uses a Belt-integrated Starter Generator (BiSG) situated in the engine bay to harvest energy usually lost when slowing and braking, which is then stored in a 48V lithium-ion battery located beneath the rear loadspace. It is able to redeploy the stored energy to assist the engine when accelerating away while also delivering a more refined and responsive stop/start system. What about the WLTP-rated results of all this? Well, you're looking at 57.2mpg on the combined cycle and 131g/km of CO2, which is very class competitive and 13-14% better than the previous D180 variant. Plus the D200 is RDE2-compliant, so is tax-optimised. The petrol variants do without the MHEV tech - and it shows a bit. The P250 RWD version delivers 35.2mpg on the combined cycle and 190g/km of CO2. What else? You get the usual unremarkable three year warranty. And service intervals are set at 21,000miles or every 24 months, whichever comes first and it would be sensible to consider one of Jaguar's Service Plans that cover you for virtually everything in advance. There's a 'Standard Mileage Service Plan' that covers you for five years/50,000 miles. Or a 'High Mileage Service Plan' that covers five years/75,000 miles.

Light, spacious, good looking and efficient, this car ought to worry rival German makers more than it probably will. Are there issues? A few. The range of engine variants on offer still isn't as wide as you'll find elsewhere. And it's a pity that, as yet, the mild hybrid tech hasn't been extended to the Ingenium petrol engines. We miss the lack of a six cylinder powerplant option too. Ultimately though, what's so masterful about the improved interpretation of this second generation XF is how cleverly Jaguar has kept and built upon what was good about the original version of this MK2 model, while being realistic about where that earlier car's weaknesses were. As a result, you now really can have a beautiful Executive class model that offers cutting-edge technology and a dynamic driving experience but which is also built in Britain and sips fuel like a family hatch. These truly are amazing times. 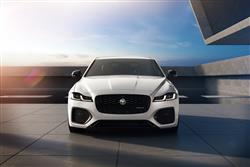 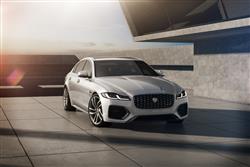 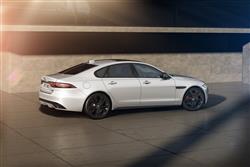 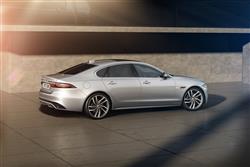 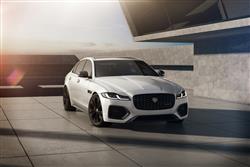 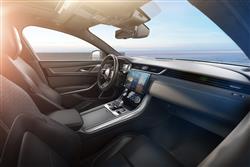