Back in late 2017, with the original version of this MK2 'MP/552'-series Compass model, Jeep at last brought us a credible class-competitive mid-sized SUV. It's not quite as car-like as some of its rivals from this period, but if you want to be ready for snow as well as sun and for forest tracks as well as tarmac, you might feel this contender to be a better bet.

We all know what a real Jeep looks like - rough, tough and wilderness-ready. You might though, be less acquainted with the models this growing brand wants to sell to ordinary, family SUV buyers. Cars like this one, the Compass, aimed directly at the buoyant mid-sized Qashqai segment. Jeep has tried for years to crack this class of crossover, starting off in 2007 with the first generation version of this car. It sold in very modest numbers alongside a similar model, the Patriot, until 2011. Then was facelifted for a similarly unsuccessful sales stint that lasted until 2015. A fifth generation Cherokee model was then launched to represent the brand in the mid-sized part of the SUV sector, but it didn't have the light, agile feel and affordable pricing that Qashqai-class folk wanted. So that car was moved a little up-market to make room for Jeep to re-introduce the Compass model line with this car in late 2017. This Compass simply had to be a vast improvement on its disappointing predecessors, competing as it did in one of the motor industry's fastest-growing market segments. By 2018, Jeep had enjoyed considerable success with its smaller Renegade SUV launched in 2015, which sold to the kinds of customers who often wouldn't be averse to the possibility of something equally trendy, but slightly larger. The MK2 Compass aimed to deliver exactly that, using a stretched version of its smaller stablemate's platform and a lot of the fashion-led touches that customers in this class were by now insisting upon. But it was more than just another trendy soft roader. This one, we we're told, wasn't just for the school run set. Yes, it was able to deliver the family hatchback-style ease of use customers wanted, but here this was combined with a bit more SUV capability - the kind of thing beyond most rivals. It wasn't a Jeep for the Serengeti but, thanks to a tough 'Chapman strut' rear suspension system, an 'Active Drive' 4WD set-up and a 'Selec-Terrain' drive control package, 4x4 variants certainly promised enough off road ability to justify this model's brand badging. This MK2 Compass sold in this form until late 2021, when it was substantially updated and fresh engines added. It's the earlier 2017-2021-era models we look at here.

Cars of this kind used to be called 'Crossovers'. Then we got told to call them 'SUVs'. It's a designation that sits a touch incongruously with some other fickle, fashion-led contenders in this class but this Jeep does in every sense look like a proper, modern compact SUV, rather than the kind of hatchback on steroids that most of the magazine experts will tell you to buy in this segment. Inside, the aggressively stylised touches of the brand's smaller Renegade model are missing, the cabin instead favouring a more mature downscaled Grand Cherokee demeanour that Jeep thinks is more appropriate to the mid-sized segment. The chunky three-spoke wheel feels great to hold, the driving position's properly commanding and the rubber floor mats and the chunky design of the various controls remind you that you're in a car from a brand that only makes SUVs. Even the fascia's dominant feature, this Uconnect touchscreen, was developed with a nod to SUV motoring. Get yourself a model where the base 5.0-inch monitor has been upgraded to the 8.4-inch display and, once you've downloaded an appropriate app, you'll be able to use a 'Jeep Skills' feature that measures drive, pitch, roll, pressure and altitude to give you real-time feedback on your off road driving abilities. The Compass is 150mm longer than Jeep's smaller Renegade model and much of that extra length went into improving the size of the rear passenger compartment - enough to make it a slightly larger thing than obvious segment class leaders from its period. This car is 26mm longer than a Qashqai and 57mm longer than an Ateca. It's difficult to imagine how the company's smaller Renegade model could be suitable for family use but the addition here of an extra 7cms between the front and rear wheels makes all the difference. The cabin isn't really any wider than obvious rivals, so it's still going to be a bit of a squash with three fully-sized adults in the back, though if that's really necessary, the relatively low height of the centre transmission tunnel will help. And out back? Well, you might expect that the extended rear overhang would deliver one of the bigger boots in the class. In fact, there's 438-litres of space in the boot - about the same as you'd have in a Qashqai from this period.

This second generation Compass is actually a better buy than some of the websites would have you believe, but there are certainly things you need to look out for. We've had a number of reports of the vehicle not starting, which appears to be down to a malfunctioning battery and various software codes. We also heard of water leaking into the cabin, so check on the car that you're looking at that there are no visible leaks. There are reports of overheating CVT auto transmissions and autos that make strange whining noises. It's unlikely that the car will have been used seriously off road but check underneath just in case. And insist on a fully stamped up service history. Check the alloys for scratches and the interior for signs of child abuse.

The clunky, utilitarian feel of the previous generation Compass was in this case replaced by something much less crude, but if your benchmark in this segment from the 2017-2021 period is something like a Qashqai or an Ateca, then you'll notice quite a few differences here. Some of these are positive things, particularly the steering - that's solid and reassuring. Other aspects of Jeep motoring may not be quite as welcome - the long-throw gear change is more ponderous, the engines on offer lack a little in terms of ultimate refinement and you're obviously not going to get the cornering agility that a mere hatchback-derived crossover is going to give you. But then that kind of car doesn't need to form the basis for what Jeep calls 'Trail-rated' design. The top 'Trailhawk' variant of this Compass qualifies for that kind of wilderness 4x4 status and though the lesser versions that almost all customers will choose are far less capable, they'll still seem eminently credible on the kind of light forest trail you'd possibly feel rather silly driving over in most segment rivals. As for the mechanicals, well essentially, there are three levels of Compass ownership from this period. At the bottom end of the scale, there are the entry-level variants, which use either a 140hp 1.4-litre MultiAir petrol engine or a 120hp 1.6-litre MultiJet diesel and which come only with front wheel drive and manual transmission. At the opposite end of the line-up lie the pricey 170hp variants - a tuned-up version of that 1.4-litre MultiAir petrol engine or a 2.0-litre MultiJet diesel, derivatives offered only with 4WD and the brand's rather slow-shifting 9-speed auto gearbox. It's the models in between these two extremes though, that will interest a significant proportion of potential Compass customers, the ones fitted with the engine, drivetrain and transmission combination most original customers chose - a 140hp 2.0-litre MultiJet diesel paired with a manual gearbox and the 'Jeep Active Drive' 4WD system. This comes paired to the brand's excellent 'Selec-Terrain' system which allows you to choose between a series of customised drive settings to suit the ground you're travelling over. The 2.0 MultiJet 140hp 4x4 variant can tow up to 1.9-tonnes. And it manages 46.3mpg on the combined cycle and 138g/km of CO2 (both NEDC figures).

You get the impression that customers in the mid-sized SUV market want Jeep to succeed. They may not have bought its cars in the recent past, but they'd like to have been able to credibly consider them. With this second generation Compass, they could once more. This 'MP/552'-series Compass may not have been the most sophisticated affordable model of this kind you can buy from the 2017-2021 period, but unlike its predecessors, it offered a credible and tempting way to buy into this macho marque. Of course, if you eat squirrel, own a bowling ball and call your first cousin your spouse, then this model probably wouldn't be your cup of tea. The Compass won't satisfy the purist perception of a 'real Jeep', but it's more the peoples' idea of one. A car you purchase picturing yourself at a beach barbeque, tailgate open, its speakers blasting the Blues towards the crashing waves. If it cost premium money, you still might think twice - but it doesn't, competing instead with mainstream brand rivals that often still lack credibility in this sector. Credibility of course, is something the Jeep name has never lacked. It was good to see it here then, matched to a product more worthy of that famous badge. 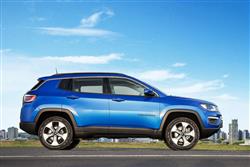 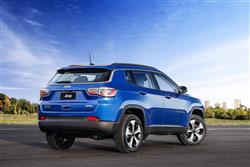 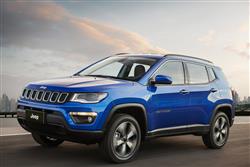 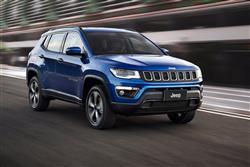 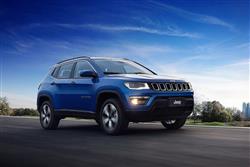 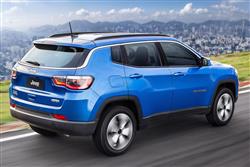