The Renegade is Jeep's interpretation of what a compact Crossover or small SUV really should be and back in 2014, it was very different from anything else we'd previously seen. Quirky looks and characterful detailing hide conventional Fiat underpinnings, but 4WD is an option further up the range where there's off road prowess surpassing anything else in the segment. It won't appeal to everyone, but if you like it, you'll probably love it.

Take a respected brand, a fresh and vibrant market segment and a willingness to do something different. Then create from that a product with uncompromising looks, real capability and clever design. The result you'd get certainly wouldn't be ordinary. It wouldn't please traditionalists. No, in automotive terms, what you'd get would be something like this, the Jeep Renegade. You don't need us to tell you that this is a very different kind of Jeep - but then it had to be. This, you see, has proved to be the new face of a company that's been busy re-inventing itself, something all great brands occasionally have to do. Land Rover and Jaguar long ago realised that they couldn't sustain themselves on traditional customers and in recent years, Jeep has been working that out too. The company's under Fiat ownership these days and for years now, its product range has relied heavily on Latin design and borrowed Italian parts. The Renegade though, was the first Jeep model to be entirely designed as part of this collaboration - the first, in fact, ever to be built outside of the United States. It's certainly been a landmark product then. Whether it's a proper Jeep though, is another question entirely. Pragmatists within the Fiat empire will argue that it doesn't need to be. There aren't many customers wanting such a thing these days and those that are around certainly won't be buying in the growing market sector this car primarily targets, that for compact Nissan Juke-style Crossover models. If Jeep is to have a credible future, it can't afford to ignore this segment, but at the same time, it can't abandon its rugged brand values and bring us the kind of stylised piece of street furniture we've seen many of the mainstream manufacturers deliver when it comes to this kind of car. News that this Renegade was almost entirely based on just such a thing - Fiat's 500X - back in 2014 sent Jeep die-hards choking on their beer. Still, these people needed to allow for the fact that much was been done with these underpinnings in creation of a tougher, more rugged and very different product - certainly one that has attracted widespread interest. Ultimately, being supermini-based on a Fiat Punto-derived platform, this car's roots lie in the Juke genre but at the same time, it's a slightly larger, more adventurous thing than its Fiat 500X cousin. There's greater practicality than you might expect from a model in this sector and the option of class leadingly-impressive off road prowess - if you're prepared to pay for it. Hence an appeal that might also attract buyers of bigger family hatch-based Crossovers like Nissan's Qashqai - and possibly even prestigiously-badged compact Crossover models like Audi's Q3 and BMW's X1. The Renegade's premium pricing certainly invites comparisons with cars of that kind and across the range, its SUV look and feel offers a new dimension for buyers in this segment. The Renegade sold in its original form until the end of 2018, when it was significantly updated with new petrol engines and a slightly smarter look. Here, we check out the original version of this car as a used buy.

Most of Renegade owners we surveyed seemed pretty happy with their cars. Primarily, the issues that came up concerned electrics. One owner had total electrical failure twice, once when driving. One owner reported wind whistling around the windows at cruising speeds. Another found the software on the infotainment screen slow to respond. One owner had a cooling fan issue. Another had a grinding noise setting in at around 30mph. In one case the traction control kept coming on needlessly, causing the engine to lose power. In another, service airbag messages kept coming on erroneously. Otherwise, it's just the usual things; check the alloys for kerbing and the underside of 4x4 models for over-enthusiastic off road use.

[based on Renegade 1.6 E-torq petrol - 2012] As you might expect for a car of American origin, parts are not particularly cheap. However, there is a well-established dealer network so it should be reasonably easy to track spares down. To give you a guide based on the entry-level 1.6-litre petrol model, you'd be looking at about £200 for a starter motor and around £40 for an ignition coil. An air filter would be around £5 and an oil filter around £5-£7. Front brake pads would be around £25 a set; rear pads around £26-£33. Front brake discs would be around £93-£103; rear discs around £82-£85. Wiper blades sit in the £6-£18 bracket.

The mainstream 2WD Renegade variants are based around 1.6-litre engines - either a 110bhp E-torQ petrol unit or a preferable 120bhp MultiJet diesel that has more than twice as much pulling power and manages nearly 65mpg on the combined cycle and 115g/km of CO2. If you must fuel from the green pump, the 140bhp MultiAir engine is a better choice, a unit you can have in pokier 170bhp guise, packaged up with 4WD and a sophisticated 9-speed automatic gearbox. Diesel buyers wanting 4WD must mainly opt for the 2.0-litre MultiJet 140bhp engine, which is offered with both the all-wheel drive set-ups Jeep offers on this car - 'Active Drive' and 'Active Drive Low' with its low range gearbox. Both are paired with the brand's 'Selec-Terrain' system that tailors the drive characteristics of the car to suit the surface you're on. The top 'Trail Rated' Trailhawk version of course features the most capable set-up and mates it to a higher ride height, auto transmission and a 170bhp version of the 2.0-litre MultiJet diesel engine. On the road, this Jeep inevitably isn't quite as responsive as more tarmac-orientated rival small Juke-genre Crossover models would be, but the firm ride and measured handling responses arguably constitute part of its charm. Arguably, it's all part of the authenticity that should be part of the whole Renegade experience.

This Renegade brought a long overdue dose of credibility to the Crossover segment. Here, you get plenty of style, in a bluff, tough Jeep kind of way, but there's decent substance behind that too, with near-family-sized practicality and the potential for far more off road prowess than any other car in this segment can provide. So you get a little more than you might expect to from this class of car - which is just as well, given premium pricing that lifts this Jeep well clear of cheaper offerings in the Juke-genre. If you're OK with that and dig the distinctive look, then potentially, there's much to like here. The efficient engineering, strong safety standards and hi-tech features you'd want a reasonably expensive family car to provide are here packaged with a depth of character you simply wouldn't think you'd find at this price point. The result is the kind of car people talk about - the sort almost everyone will have an opinion on, so shy and retiring types should shop elsewhere. Ultimately, what's important here is that Jeep has a more relevant product to offer buyers who never previously would have considered one of its cars. These people will like the fact that in a sea of compact Crossovers, this one's very different from the norm. A renegade if you like - perhaps, just as every Jeep should be. 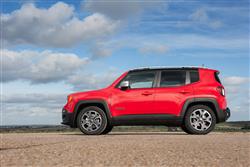 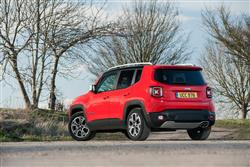 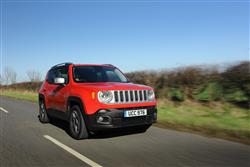 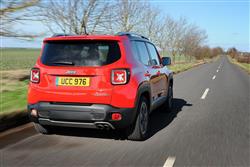 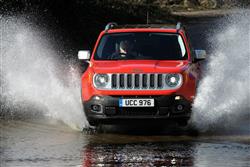 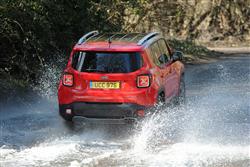