In this improved second generation guise launched in 2015, Kia's cee'd further sharpened up its proposition in the Focus-class family hatchback segment, with smarter looks, extra technology and the option of clever three cylinder petrol power. How much sense does it make as a used buy?

If you want to better appreciate just why Kia is one of the world's fastest growing automotive brands, you've only to look at this car, the cee'd family hatchback. The Slovakian factory that builds it only opened its doors in 2006 yet by the middle of the 21st century's second decade, over a million cee'd models had been built. To try and keep that momentum in the face of much tougher family hatchback segment opposition, Kia substantially revised the second generation version of this car in 2015. Automotive historians will look back at the original cee'd as a landmark design, the first to take on the European and Japanese market leaders on their own terms in the volume Focus and Golf-dominated Family Hatchback sector. Built in the heart of Europe, it was targeted at the heart of the European motor industry, hence the unusual 'cee'd' name, a combination of the French abbreviation for European Community (CE) and this car's project title (ED). It shamed the established players by matching their quality while massively undercutting their prices and offering an astonishingly long 7-year warranty. A strong sales performance followed, fuelling one of the enduring industrial stories of the last decade, right up there with Google, Apple and Facebook - and every bit as impressive. But times change - and so do market segments. Increasingly, family hatchback buyers are being tempted away into Qashqai-like family SUV models, while the customers in this sector that remain are targeted by European and Japanese brands that have now learned to take the Korean motor industry a lot more seriously. Kia, of course, has responded to this. Its own mid-sized SUV, the Sportage, is a strong Qashqai-class alternative and the cee'd was re-launched in more sophisticated second generation form in 2012, then, as we've said, further updated into the form we're checking out here three years later. Nothing radical was really done to this post-2015 facelifted MK2 model, but the changes that were made proved to be significant, headlined by the introduction of the kind of down-sized three cylinder petrol powerplant that at last gave the brand a credibly efficient green pump-fuelled engine in this class. The company also got up to speed with modern dual-clutch automatic gearbox technology too and buyers got some - though not all - of the cutting-edge electronic safety features that buyers in this segment were by 2015 starting to expect. All garnished with slightly sleeker exterior looks and a minor cabin upgrade that improved the infotainment set-up. This car sold until the Spring of 2018, when it was replaced by an all-new third generation Ceed.

Most MK2 cee'd owners we came across in our survey were very happy with their cars, but inevitably, there were a few issues. We came across a report of a steering lock sticking. And another of a flashing airbag light and a flashing oil pressure light (traced to a faulty sensor). One owner needed both headlights replaced due to the failure of the LED daytime running lamps. We came across that more than once, so check the DRLs on the car you're looking at. Another reported that a sticking brake calliper caused the front brake pads to wear unevenly. That owner also observed that the front passenger seat refused to stay at its chosen height. One owner complained of short jerks in low gears in traffic on a 1.6 Gdi DCT auto model. Apparently, the 'diamond cut' alloy wheels on the top GT model blister easily. Otherwise, it's just the usual stuff. Check the alloys for scuffs. The interior for child damage. And insist on a fully stamped-up service history.

Buyers of this facelifted MK2 cee'd get a choice of five-door hatch, SW estate or pro_cee'd coupe bodystyles and whichever one you choose, you'll find that on the move, this improved second generation cee'd model handles a little more sharply than it did in its original form. That's thanks to the inclusion of a torque vectoring system that helps traction through the bends, a welcome addition but still not enough to create a car that would suit family hatchback buyers prioritising dynamic handling. This cee'd would be aided in that respect if it had more direct, feelsome steering but this is an area that back in 2015, Kia was still working on. In compensation, most version of this model got a 'Flex Steer' set-up that enabled the driver to choose the level of steering assistance required. Under the bonnet, the important news at the introduction of this facelifted MK2 model lay with the introduction of the brand's latest hi-tech 1.0-litre eco Turbo T-GDI three cylinder petrol engine, a unit available with either 98 or 118bhp. This powerplant at last offered buyers a credible, class-competitive reason for choosing petrol power with this car, but the Korean brand wasn't able to make it affordable enough to suit budget buyers, so the previous 98bhp 1.4-litre petrol engine had to continue on at the foot of the range, as did the 133bhp 1.6-litre GDI petrol unit, turbocharged in the top GT performance model to produce 201bhp. Most cee'd buyers in this period though, wanted a diesel, possibly the rather feeble 89bhp old-tech 1.4-litre CRDi unit but more usually the 1.6-litre CRDi diesel, revised in this form with power upped to 134bhp. Buyers were also offered the option of an efficient 7-DCT dual clutch automatic gearbox. In manual form with 15-inch wheels, the 1.6-litre CRDi model is able to return 78.5mpg on the combined cycle and put out just 94g/km of CO2.

There will still be people of course, who'll blindly buy a used Focus, a Golf or some other family hatchback from a conventional mainstream brand from the 2015 to 2018 period without considering its Korean alternative. But these will largely be uninformed folk yet to fully cotton on to the way that products in this segment have changed. Thanks to the success of this cee'd, there are fewer and fewer customers of this kind around. Of course, shortlist selection isn't the same as a sale. There are family hatch folk who'll want more powerful engines or more dynamic handling than this car can offer. But, we'd suggest, quite a number will be very satisfied with this Kia's sharp looks, impressive quality, well-judged practicality and value pricing. True, the asking prices may be a little higher than you might expect from a South Korean manufacturer, but don't judge them until you've tried the product, a confident design from a very confident brand. 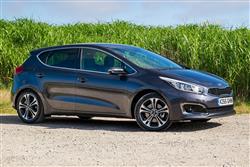 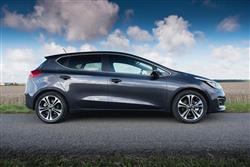 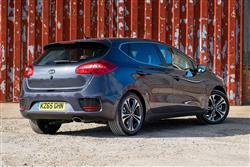 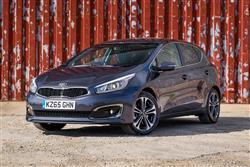 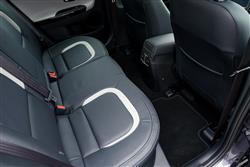 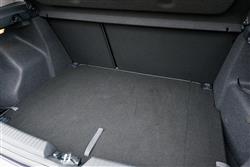