So many cars claim to be unique but the Range Rover really is, continuing to set the standard in the super-luxury SUV sector. Larger, lighter, more economical, smarter looking and even better off road, the aluminium-bodied fourth generation version is finally good enough to properly combine the imperious qualities of a top luxury saloon with off piste abilities that would be limited only by the skills of its driver. A Rolls Royce in the rough, there's nothing quite like it.

Sometimes, being the best just isn't good enough. Take the Range Rover. With a pedigree over four distinct generations going all the way back to 1970, it's always been, without question, the 'finest 4x4xfar'. Yet when the time came for the Solihull maker to develop this fourth generation model for launch back in 2012, the challenges remained. How to remain the world's leading luxury SUV while appearing credibly eco-centric? How to make further forays into the market for super luxury saloons against rivals that don't have to be able cross the Congo or see you through Siberia? And how to reach out to a whole new group of buyers from both segments who would never previously have considered a Range Rover? This 'L405'-series MK4 model had to do all this - and much more. An extreme challenge certainly - but then this car is well used to those. We've driven them all over the world, from Icelandic glaciers to the Australian wilderness, from up in the Colorado Rockies to downtown in Beverly Hills. But back in 2012, even we were wondering how on earth the brand might meet the fresh and testing demands of a very different era. After all, the previous MK3 model had had a difficult life, first designed by BMW but then expensively re-engineered by Ford when the company was sold to the Blue Oval. The rise in post-Millenium SUV sales ensured its position as the most successful Range Rover in history, but customer interest had very much faded by the time this replacement fourth generation model was launched. Like the Seventies original, it was clearly revolutionary - and for very much the same reason. A lightweight aluminium body structure set Spencer King's very first Range Rover apart nearly half a century ago and here, the SUV market's first adoption of much the same thing gave this car a credible shot at all its stated goals. The much lighter bodyweight meant it could be larger, faster and more responsive at the same time as being more efficient, cheaper to run and better equipped. It could claim a lighter eco-footprint, a properly limousine-like rear cabin and performance approaching that of a super-saloon. And yes, it could suit you even better if you happened to be setting off across the Serengeti or exploring the Amazon. It was, more than ever, one of a kind. An upgrade in 2015 saw the addition of a long wheelbase body style and a V6 Hybrid diesel model. In 2018, this car got another major upgrade, but it's the earlier 2012-2017-era models we look at here as a used buy. What You Pay

This is every inch a Range Rover. You'd know it as such even without a glance at the elegant badgework. Which is as it should be. Gerry McGovern's design team committed early on to protect the visual characteristics that have always made this car what it is: the wrap-around clamshell bonnet; the deep glass area; the low waist and straight side feature line with no wedge or step up in side styling; the close wheel arch cuts; and the two-piece tailgate. But if much about this car is familiar, much too about this smoother, more contemporary fourth generation design is very different - as it must be to win over a whole new generation of customers. There's a deep imposing front grille and a more rakish lean to a front A-pillar that, like B and C pillars further back, has a premium gloss black finish. It's there to emphasise the so-called 'floating roof' that sits above near-flush side glazing. The side fender graphics on the front doors also look neat and further back at the rear, another lovely styling touch is the 'hidden until lit' high-mounted LED stop lamp, positioned under the roof spoiler where it illuminates across the full width of the tailgate. More important though is what lies beneath this slippery shape. Essentially, a £1 billion investment in aluminium technology. At launch, this was the world's first SUV to boast a lightweight all-aluminium monocoque body structure. A structure that saw this car up weigh in at up to 420kgs lighter than its direct steel-bodied predecessor, a weight equivalent to a full complement of passengers. And that's despite the fact that this model was designed to be slightly longer and wider than before for one reason - and one reason only: to offer more space in the rear. Without that, Land Rover knew it could never credibly pretend this car to be as much a luxury saloon as luxury SUV. And sure enough, an extra 42mm in the wheelbase made all the difference to this MK4 design. For those who thought that wasn't enough, a long wheelbase model with an extra 200mm of body length was offered from 2015. Either way, a wider door aperture and a lower 'Access' ride height on the air suspension means that it's much easier to get in and once seated, also much easier to get comfortable, with over a metre of leg-stretching room and a backrest reclining option for longer journeys. In the back, there's room for three but original buyers could also specify their cars with the 'Executive Class' twin seating option that'll see the two fortunate occupants separated by a veneered centre console and enjoying extra seat adjustment and a massaging function. This car's slightly larger size wasn't enough to permit the fitment of the couple of occasional rear boot-mounted seats you'll find in a Land Rover Discovery - or indeed the two cars that from the 2012-2017 era are perhaps closest to this one in concept, Toyota's Land Cruiser V8 and the Mercedes GL/GLS. Still, Range Rover buyers have never seemed to want boot-mounted fold-out seats. Luggage room has always been a greater priority, so we should point out that thanks to all the attention given to those on the rear seat, there's a little less of it with this MK4 model than you got with the previous MK3, the 909-litre figure down around 10%. Should more room be required, dropping the rear backrest frees up as much as 2060-litres. Seated up-front amongst the beautiful leathers, polished metal and hand-crafted veneers, you'll find yourself in a cabin that looks as classy and cosseting as ever, with its clean, elegant controls and a notable absence of button clutter, with most functions relocated to the eight-inch colour touchscreen that dominates the centre of the dash and which, by voice, touch or steering wheel button, marshals everything from sat nav to seat heating, stereo sound to surround cameras. For this screen, Land Rover's engineers developed clever optional Dual View technology, enabling it to simultaneously display a different image to driver and passenger. So at the wheel, you can, say, view the navigation display while your passenger watches a video. Neat. Ahead of you at the wheel, the instruments are in the usual place but they aren't real instruments in the manner you might be used to. This Range Rover replaces the traditional speedo and rev-counter clocks with digital facsimiles projected on a 12.3" wide TFT screen. In normal mode, you'd have to look twice to verify that anything was amiss as the display looks conventional but off road, the rev counter moves aside in favour of a graphical drivetrain that shows which wheels are being driven, which diffs are locked and much more. In fact, the virtual screen can be customised to show anything from the outside temperature to navigation information, telephone system settings or wheel articulation.

Land Rover products have been featuring much improved build quality in recent years but our owner survey revealed that the brand still has a little way to go to match its German rivals in this regard. We came across several owners who'd had suspension/ride issues and one said that he got exhaust fumes inside the car when he set the climate system to 'auto'. Another experienced random warning lights illuminating on the dash. And another had a fuel tank sensor fault. We also came across an infotainment screen failure. And a broken crankshaft on a V6 hybrid model. Otherwise, the issues tend to be niggly little things. Poor bonnet and boot alignment for example; alignment issues with the rear doors; poorly fitted rubber trim around the doors; and leather on the seats being loose and ill-fitted. Don't believe misleading reports suggesting that things like brake discs, brake pads and wiper blades wear quickly: they're actually pretty durable. What else? Well check if a tow bar has been fitted and also check the tyres for odd wear patterns. Although the Range Rover Sport is very capable off road, there are limits to its ground clearance, so inspect the underside for signs of damage to the suspension, exhaust and front valance. The volume TDV6 diesel engine is a tough unit and if you're test driving the car on a cold day, don't be worried if the Stop/Start system fails to kick in. The engine is programmed to keep running at temperatures below three degrees Celsius.

From princes to politicians, from rock gods to rock climbers, from footballers to farmers, the Range Rover has always appealed to a more diverse group of customers than any other car. As you'd expect it would. This is, after all, far more than just the world's finest luxury SUV, instead unchallenged as four vehicles within one - an everyday luxury saloon, a weekend leisure vehicle, a high-performance long distance private jet and a working cross-country conveyance. Such perfection doesn't come without a price, in origin or in ownership. Or without compromise - in poorer handling for example against, say, a super saloon. And in tighter rear cabin space against, say, a luxury limousine. Perhaps that's why you've never considered one of these. And if so, consider this. Thanks to its revolutionary aluminium underpinnings, this fourth generation version is sharper to drive, ravishing in the rear and vastly more efficient and affordable to run. It is, in short, a very different proposition. Drive it through a river, drive it to the opera: it's as happy either way, beautifully built, gorgeously finished and astonishingly quick. True, this car is never quite going to be all things to all people but it has perhaps moved as close to fulfilling that remit as any modern car is ever likely to get. Makes you proud to be British doesn't it. 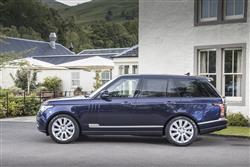 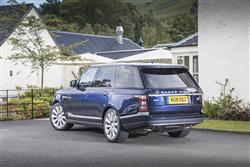 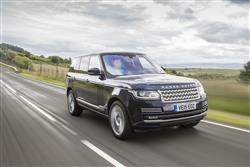 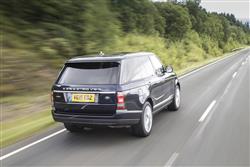 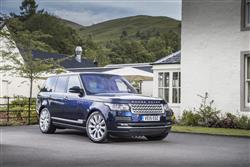 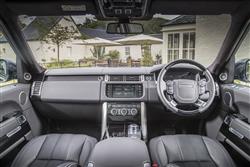