Land Rover certainly knows how to keep us on our toes. When I caught sight of my first production ready Range Rover Sport, it took a Land Rover employee to point out the differences. I was expecting something low and sexy with three doors and here was something rather different. From that moment on, things got a whole lot better. What you're buying with the Range Rover Sport is the off road capability and technical brilliance of the Discovery 3 matched to the style and ambience of the Range Rover. It's probably the best vehicle Land Rover has made to date and is in big demand as a used buy.

Although some prospective customers were a little disappointed that the Range Rover Sport didn't look a great deal like the Range Stormer Concept shown at Detroit in 2004, a short drive in one should have been enough to banish any misgivings over the restrained styling. With the clever Terrain Response system of the Discovery married to Range Rover looks, this vehicle was a good deal smarter than we initially gave it credit for. The Sport landed in dealers in May 2005 and sold strongly. Land Rover went some way to catering for those who were after a more extreme looking car when it introduced the bespoilered HST model in April 2006. Taking many of the design cues from the Range Stormer car, this offered an upmarket way to turn heads. The TDV8 engine arrived in the 2007 model year range and ensured that rapid performance and reasonable economy were no longer mutually exclusive concepts in the Range Rover Sport.

The wheelarches are subtly flared, thin side vents sit behind the front wheels and there's a sharp swage line that runs along the car's hips. The windscreen is sharply raked back and the perforated front grille looks like a set of expensive kitchen knives. The biggest change from the show car was the move from three doors to five and if there was a feeling that the design has been unacceptably watered down, the detailing of the Range Rover Sport could well change your opinion. It's beautifully executed. It was also a landmark vehicle for a company with a whole lot more autonomy. Just five years before the Sport, Land Rover could never have built a car of this kind. Their owners at the time (BMW) didn't want a sports crossover vehicle like this poaching sales from their all-conquering X5. It was only in 2000 that plans were first laid for a chassis platform that would spawn two very different vehicles. The first was the Discovery3 and the second was this, the Range Rover Sport. Both ride on a monocoque chassis with double wishbone suspension that offers far better on-road ride and handling than any previous Land Rover product. The interior of the Range Rover Sport is a little more conventional than the Discovery3, with many of the controls angled towards the driver. Although rear seat space isn't the greatest, the payoff is the biggest boot in its class. An aluminium hatch with separately opening rear window glass is a neat finishing touch.

Despite its chi-chi styling, the Range Rover Sport is pretty robust. The engines and the transmissions used are strong but expensive to repair if they do go wrong, so watch out for rattles and ensure that all the electrics work perfectly. The Range Rover Sport is a favourite target for thieves, so ensure that you carry out an HPI check to verify that it isn't a stolen/recovered or an insurance total loss. There have been reports of the electric parking brake jamming on, so check it out thoroughly on the test drive. All engines are capable of covering big miles so don't be deterred by a vehicle showing higher than average on the clock. Inspect the car for damage caused by overenthusiastic off-roading as the front spoiler is fairly easy to clout on the ground in the rough stuff. Likewise a set of alloys can easily be scratched to bits by running in deep ruts.

While it would be hyperbole to suggest the Range Rover Sport handles like a well sorted saloon car, it can certainly be hustled along in a manner that no vehicle of this size should really get away with. The steering rack was replaced by a quicker item, offering more road feedback and quicker responses. To help cut the pitch and roll that quick changes of direction tend to generate, Land Rover also upgraded the springs and dampers and lowered the car's roll centre. Perhaps the most innovative feature of the Sport's underpinnings is Dynamic Response, a set of anti roll bars that can be engaged or decoupled according to demand. Standard on the flagship supercharged model and an option on the other models in the range, Dynamic Response also decouples when off roading in order to allow greater wheel articulation. The engines are worth examining. Naturally, the one that has garnered the most column inches is the 4.2-litre supercharged V8. In case it's already popped a lightbulb in your head, the engine is based on the Jaguar AJ-V8 unit, although it has been adapted for use in a Land Rover product. This involved waterproofing, adjusting the engine's torque response and fitting additional oil baffles to allow it to operate reliably at unusually steep angles. With 390bhp on tap, this is a very serious piece of engineering and generates 410lb/ft of torque. It's enough to propel the Range Rover Sport through 60mph in 6.8 seconds and on to a top speed of 140mph. The maximum velocity would be a good deal higher were it not for the tyre rating. The Continental rubber features tread that extends high onto the sidewalls as if to remind rivals that this isn't just a typical Chelsea tractor. It's a Land Rover product. Two other engines were also offered from the outset. There's a normally-aspirated 4.4-litre V8 good for 295bhp and what is the biggest seller of the range, an entry-level 190bhp common rail turbodiesel, again of Jaguar origin. The TDV8 unit turned up in the 2007 model year cars with 272bhp and 650Nm of torque. This is probably the pick of the engine range with combined fuel economy of over 25mpg and an 8.6s 0-60mph sprint time. Trim levels range from S through SE and HSE to the range-topping HST that's only available with the supercharged V8 engine. Under normal conditions, drive is split 50:50 between the front and rear axles although it can instantaneously switch according to demand. The Sport also gets the Terrain Response system first seen in the Discovery3. This is virtually akin to having an expert sitting alongside you, helping to get the best out of the vehicle, on or off road. The driver chooses one of five terrain settings via a rotary knob mounted on the centre console. There's a general driving programme plus one for slippery conditions (dubbed 'grass/gravel/snow') and three specialist off road modes (mud/ruts, sand, rock crawl). The system will then automatically select the optimum setup for the electronic controls and the traction aids. This encompasses ride height, torque response, hill descent control, electronic traction control and transmission settings.

The Range Rover Sport is a vehicle with very few downsides. Perhaps the only slight Achilles heel is the lack of power from the 2.7-litre diesel but otherwise it barely puts a foot wrong. Used examples are often well looked after and it's best to select one that's being sold by a customer just looking for the next trendiest thing and which won't have seen dirt or mud once in its life. 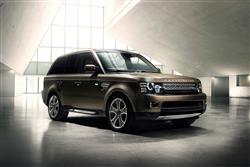 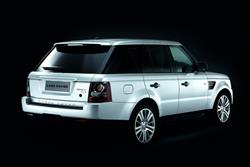 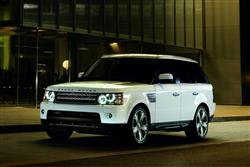 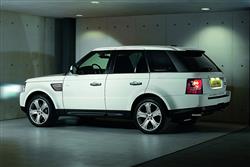 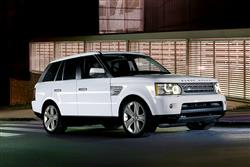 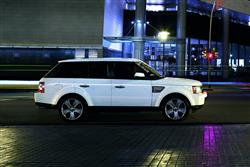