The third generation Lexus IS has its own take on compact executive saloon motoring. You might like it. Jonathan Crouch drives one.

The Lexus IS has a simple mission. It needs to be a car that you'd enjoy owning more than a Mercedes C Class, an Audi A4 or a BMW 3 series, the three leading choices in the compact executive saloon segment. Lexus used to simply try and copy these class leaders but with this third generation IS, they've been a bit cleverer, primarily through the offering of petrol/electric hybrid power rather than the kind of 2.0-litre diesel engine business buyers will be used to. It's a refreshing approach for people in search of something just that little bit different and its been lightly embellished since the introduction of this revised MK3 model.

Here's an interesting car, the Lexus IS. For many potential buyers, its main appeal lies not in what it is but in what it isn't. Namely a BMW, an Audi or a Mercedes, these being the three Teutonic heavyweight brands who dominate the compact executive saloon sector in which this Japanese contender competes. As a result, our company carparks are overflowing with 3 Series, A4 and C-Class models, with the cars in question nearly all powered by clattery diesel engines and mainly driven via the kind of over-firm sporty set-ups that the magazines insist buyers should have. If though, you're fed with these predictable choices and want something that reinterprets what a car of this kind should be, then this, I'd suggest, is where you need to start your search. Almost everything about this IS is different from the norm in its chosen segment. The styling, the single saloon bodystyle, absence of manual transmission and, perhaps most notably, the fact that no, you can't have a diesel. Here instead, you get a unique four-door look, an auto gearbox and an overwhelming emphasis on petrol/electric hybrid power with its sensible running costs and limo-like silent start-up. The result should be a car to change your mind: about hybrid power, German brand domination - and Lexus itself. Let's try it.

Back in 2018, Lexus made small changes to both the steering and the suspension of this improved model in an attempt to create a more dynamic feel. Under the bonnet, there's no longer a conventional petrol engine offering, so IS buyers are limited to the 2.5-litre IS 300h petrol/electric hybrid. Unlike the brand's slightly smaller CT 200h hybrid model, it's more than a smartened up Toyota Prius, instead based on a proper large Lexus, the BMW 5 Series-sized ES 300h. True, the 2.5-litre engine used may only offer four cylinders, but it does develop 178bhp, with a further slug of power contributed by an electric motor, resulting in a combined 223bhp output. That's enough to easily match the performance of the rival 2.0-litre diesel models at which this car is aimed, 0-62mph occupying 8.3s on the way to 124mph. You access that performance via a thrashy, rubber belt-driven CVT auto gearbox which doesn't help this car's sports saloon aspirations. On the plus side, the handling changes make the car feel sharper than before into corners, the steering's much better and you get a 'Drive Mode Select' system that allows you to tweak engine output, throttle response, gearshift times and even the air conditioning to suit four different driving modes. Plus there's an electric-only EV setting on the hybrid so that you can trickle along on battery power for short distances.

The changes made to this improved third generation IS back in 2018 were subtle but significant. Buyers get restyled headlamps, larger and deeper air intakes integrated in the bumper and a further evolution of the signature Lexus spindle grille. In profile, the character line along the side of the car has been made stronger and at the rear, chrome detailing has been added to the lower bumper panel. The rear lights have also been redesigned, with LED lamps and smarter light guides that create an L-shape motif. Inside, the high-resolution multi-information screen that accompanies the Lexus Premium Navigation system is now 10.25 inches, presenting larger, clearer images and providing a split-screen function so that different information displays can be presented at the same time. Changes have also been made to the steering wheel (matching the design of that in the Lexus RC coupe) and the driver and front passenger knee pads now run the full length of the centre console. There are also new cupholders, a satin finish for the gear lever, a larger, leather-wrapped and stitched palm rest for the Remote Touch Interface control, and classier dial markings on the analogue clock. Otherwise, things are much as they were before, which means a classy cabin with best-in-class standards of kneeroom at the back. And the boot? Well the batteries that must be housed beneath its floor in this hybrid IS 300h model rob you of 30-litres of space, but that still leaves a class-competitive 450-litres of room on offer. And, as long as you avoid entry-level trim, there's a 60/40 split-folding rear seat for those times when you want to avoid the home delivery charge after a trip to IKEA.

As before, there's a single saloon bodystyle on offer and prices start at around £33,000. That gets you base 'IS' trim. There are also various 'Sport Pack', 'Comfort Pack', 'Premium Pack' and 'F SPORT' variants, plus the flagship 'Takumi' version. Avoid entry level trim and you're guaranteed to get the 'Lexus Safety System+' portfolio of advanced safety systems as standard. Its features make use of camera and radar sensors to support the driver with improved information, better forward vision and prompt warnings of hazards and collision risks. Plus there's an added layer of protection in the form of autonomous braking for emergency situations. The IS benefits from a Pre-Crash Safety system with pre-crash brake assist and pre-crash braking, Adaptive Cruise Control, Automatic High Beam, Lane Departure Alert and Traffic Sign Recognition. There's also a 'Sway Warning' system. This monitors the vehicle's lane position and driver steering inputs, detecting any sway (deviations) that might be due to the driver losing concentration through tiredness or distraction. In such circumstances, the set-up will sound a buzzer and trigger a warning light in the multi-information display.

On to consider the WLTP-rated running costs of the petrol/electric IS 300h hybrid - which make very impressive reading indeed, even against the best of this car's 2.0-litre diesel-powered compact executive saloon rivals. The CO2 return (up to 133g/km) means a VED band 'H' BiK rating, plus this car won't suffer from the 3% Benefit-in-Kind surcharge that's applied to all diesels. Independent experts KwikCarCost reckon that a 40% tax payer who opts for an IS 300h will save around £907 a year in tax over the cost of running a comparable Mercedes C220 diesel. As for fuel consumption, the official figures suggest that the IS 300h is capable of up to 48.7mpg on the combined cycle, which is pretty close to what you'd get in a rival diesel Audi A4 or Mercedes C-Class, while running on cheaper fuel. It'll also help that Lexus residuals are amongst the strongest in the sector: independent specialists CAP reckon that after 3 years and/or 60,000 miles, this IS 300h should still be worth around 37% of what you originally paid for it. Its insurance groupings range between 32 and 34.

If you thought that Lexus was the company that tried to copy the Germans and always turned up a day late and a dollar short, you need to try this car. It looks right, it feels good and it makes eminent sense on the balance sheet. Lexus didn't do diesel that well but it's hard to argue with the fact that it does hybrid brilliantly with a car that many will feel makes its German rivals look old, noisy and dirty. True, the vague response from the thrashy CVT auto gearbox undermines the driving experience somewhat but if you can live with that, there's plenty else to like. Affordable running costs and plenty of equipment for example, plus recent tax law changes mean that the pendulum is swinging back towards petrol power once again. Add in the arresting looks and a dealer network routinely steeped in praise by every survey going and I think there's room for this Japanese brand to be optimistic about its prospects with this car. It's the best small Lexus yet made. And that makes it a very desirable thing indeed. 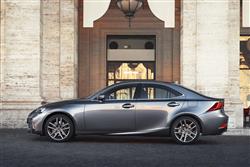 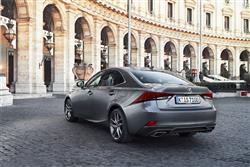 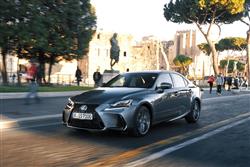 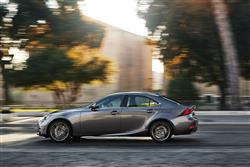 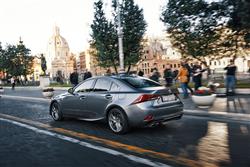 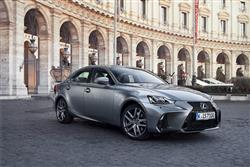