With this NX, Lexus brought us a strikingly styled premium compact SUV that was unafraid to go its own way when it came to cars of this kind. It's the only model in the premium mid-sized SUV segment that can't be had in diesel form, with most variants instead offering beautifully refined and highly efficient petrol/electric hybrid power. The brand used this car to increase its European sales by a third. It certainly changed the way a lot of people felt about Lexus. Here, we're going to look at the original 2014-2017 version of the first generation model as a potential used car buy.

Premium compact SUVs are all the same - or are they? Here's one that's a little more individual: the Lexus NX. Lexus isn't afraid to be different: it never has been. This was the company that proved top luxury saloons didn't have to be German. And the brand that pioneered hybrid power when others were only just getting to grips with diesel. In 2014 with this NX model, it turned its attention to the premium mid-sized SUV segment and, perhaps inevitably, its approach was once again somewhat unique. The looks, for a start, make this by far the most distinctive design in its segment from this era. Amongst obvious rivals, even a Range Rover Evoque looks quite ordinary in comparison, while popular contenders like Audi's Q5 and BMW's X3 look positively mundane. Further setting this car apart is the technology that lies beneath its bonnet. In a segment that's traditionally relied almost exclusively on diesel power, it's the only model in its class from this era you can't fuel from the black pump, with most NX variants instead preferring the greener and more tax-efficient solution of petrol/electric hybrid power. Other promising attributes include class-leadingly efficient returns, high equipment levels and strong safety provision - plus the promise of a practical cabin. For the right kind of buyer then, it sounds an interesting combination. The original version of this MK1 model NX sold until late 2017, when it was replaced by a heavily facelifted version.

We really struggled to find too many dis-satisfied Lexus NX owners. Not that we expected to find many. The brand has an enviable reputation for reliability and dealer service and that appears to have been continued here. We did come across a few reports of drivetrain vibrations and interior rattles. On the NX 300h models affected, this apparently sets in between 1,200 and 1,400rpm, so look out for that on your test drive. We did come across one disgruntled owner who complained that on one occasion, he reversed out into the snow to be greeted with a dash message saying 'AWD malfunction - 2WD engaged'. Without 4WD, he promptly slithered into a ditch. There was also an audio display problem, a car pulling to the right and a problem with one owner's navigation system. Otherwise, there's little else to report.

Lexus needed the NX to do well. It did. That was because this mid-sized SUV managed to offer more than the traditional attributes that spring to mind when you think of this brand, things like reliability, quality, refinement, technology and great dealer back up. In addition, there was also desirability, design flair, excitement and a bit of an X-factor on offer here. That might not necessarily mean you'll want one. It's obviously not intended for the few who regularly want to get their tyres muddy in this segment. Nor will it really suit family-minded driving enthusiasts. Then there are the distinctive looks. If your favoured model choice in this segment is something squarer and more sensible like an Audi Q5 or a BMW X3, you might find an NX a bit. in-your-face. If, on the other hand, you like bold design and don't mind standing out a bit on the school run, it'll probably suit you perfectly. Such potential buyers will revel in the sophisticated drivetrain that shines in the city. They'll love the generous equipment levels. And most of all, they'll like the way that this car makes them feel special and different, just like a Lexus should. If you fit that buying demographic, then we think you're going to absolutely adore this car. So there you have it. The NX isn't perfect but it's never boring. And in a market sector that's getting just that little bit stale, it's proved to be a breath of fresh air. 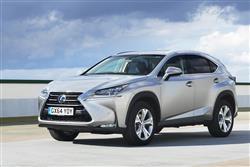 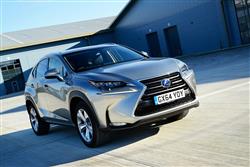 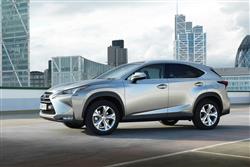 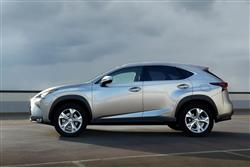 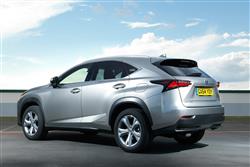 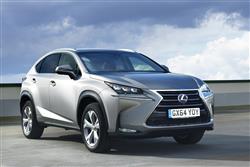