For years now, the market's fastest growing segment has been that for Qashqai-like Crossovers and compact soft-roading SUVs. If you want a used car that offers the best of both and offers fine driving dynamics, low running costs, practical space and decent value, then it's hard to ignore this one, the first generation version of Mazda's CX-5. Not the first car of this sort you thought of is it? But try one and you might just think it to be the best.

Mazda was late to the Qashqai-class Crossover party but when it did at last turn up with a model in this segment - in 2012 with this first generation CX-5 model - we found that the job had been done properly. So is this a soft-roading RAV4 or Freelander-style compact SUV with at least a modicum of off road gumption? Or the or the kind of family hatchback-on-stilts the industry calls a 'Crossover', Qashqai or Peugeot 3008-style models better suited to Sainsburys than the Serengeti? We're going to let you make up your own mind on that one. Probably, the definition doesn't matter. Depending on your preference, you could pigeonhole this CX-5 either way -which is exactly as Mazda wants it. That's why it created modestly powered entry-level 2WD versions for school run mums. And pokey all-wheel driven variants with a tougher remit further up the range. Here's a brand who reaped the benefits of late arrival to this particular party. A maker who looked carefully at what was available, what buyers wanted and what they actually needed. A measured approach that paid dividends. This MK1 model CX-5 sold until it was replaced by a second generation model in mid-2017.

Mazda certainly likes its catch phrases. Its marketers have familiarised us with 'Zoom Zoom'. Well, with this CX-5, the brand introduced us to its 'SKYACTIV' technology. Plus there was another buzz word for potential buyers to consider: KODO. This, we were told, is the Japanese word for 'soul of motion', the company's design theme, this CX-5 having been the first production car to embrace it. Does it work? Well the stylists were predictably enthusiastic, British design boss Peter Birtwhistle reckoning that the chromium line around the lamps and the grille represents 'a charging puma'. To our eyes, there's little of the muscle, tension and athleticism that characterised Mazda's Minagi, the concept car from which the CX-5 was developed. For all that, what we ended up with was a smart and certainly contemporary-looking Crossovery compact 4x4. And anyway, even if the shape isn't especially memorable, its aerodynamics are, an excellent drag coefficient of just 0.33cd helped by wing mirrors that are mounted directly onto the door shoulders and a rear roof-mounted wing that streamlines the flow of air over the car. The cabin isn't as obviously 'styled' as some of its main rivals but the piano black inserts and chrome splashes look good in a low key kind of way. The materials quality is especially impressive on the upper dashboard, though not quite so eye-catching lower down with slightly lower grade panels that Mazda justified as part of this car's weight loss plan. There are certainly plenty of switches - 55 in all, not counting the chunky column stalks - but it's pretty easy to adjust to the way everything works. We could be fussy and talk about the way the USB charge socket in the centre console crushes your iPhone charge cable when you close the lid but that would be nit-picking. Ergonomically, it's all pretty sound. As the driver, you're faced by a hooded binnacle which houses three circular dials, ahead of a lovely chunky three-spoke multi-function leather-trimmed wheel. The 5.8-inch infotainment touch screen is fairly easy to figure out, with the menus able to be accessed by the BMW iDrive-style Mazda Multimedia Commander control located between the front seats. Once you're familiar with the system, this is quicker and safer than jabbing at the touch screen when the vehicle's on the move. And in the back? Well, like most models in this segment, this one doesn't offer a seven seat option, but the rear bench is one of the most accommodating in the class, offering more space in fact than Mazda's supposedly larger CX-7 model. Head and legroom is relatively generous, with space to stretch out aided by the fact that back seat occupants can get their feet under the front seats. As in all vehicles of this type, the middle perch is the short straw, but even here, you'll be better off than you would be in most of this car's rivals thanks to a comfy seat back and a low-set transmission tunnel. Out back, once you've raised the rear hatch and admired a tonneau cover that neatly opens and closes together with the tailgate, you'll find a luggage bay that's the largest in the class, measuring 503-litres, a figure that extends to 1,620-litres when you drop the Karakuri rear seats. This is a three-piece independent 40:20:40 remote controlled fold-down system. The seats fold virtually flat and although there is a little intrusion from the rear suspension, it's still a hefty load bay.

Most CX-5 buyers were came across in our ownership survey were enthusiastic about this car but inevitably, there were a few rogue examples; make sure you avoid them by checking out the things below on your test drive. One owner had a problem with faulty engine injectors necessitating frequent oil changes. Another found his manual model would continually get stuck in reverse and would crunch in 1st and 2nd gear. Another found he was getting through tyres at an unreasonable rate - 3 sets in a year, the issue compounded by the fact that only two brands make tyres for a CX-5, so prices are high for replacement rubber. One owner experienced a knocking sound on full lock, an issue traced to faulty suspension mounts. And another found the iStop engine start/stop system on his car ceased to work. Otherwise, the issues we came across were relatively minor ones. Check out the infotainment system; there were lots of reports of faulty Bluetooth connections and faulty sat nav set-ups. A lot of these issues can be solved by software updates and a larger SD card. One owner had a faulty rear parking sensor. And another found warning lights randomly coming on in the dash.

The CX-5 isn't one of those cars that jumps out at you on first acquaintance. But as with many Mazdas, its modesty hides a product packed with innovation. The result is excellent packaging, class-leading economy and emissions and driving dynamics that set a new benchmark in this sector. Add in a high specification and competitive pricing and you've a compelling proposition. Nothing less was necessary given the Japanese maker's tardiness in entering this segment. The styling may not be anything special but everything else about this car is. It's yet another example of Mazda going its own way, doing things differently. Which means? Well something quite simple really. Looking for a car of this kind? Start here first. 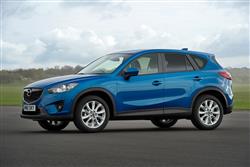 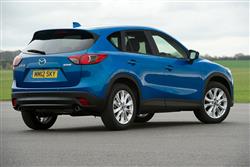 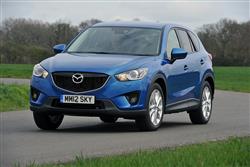 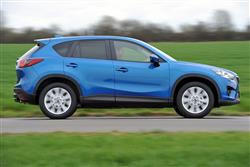 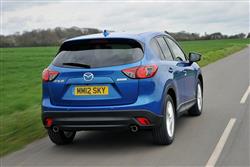 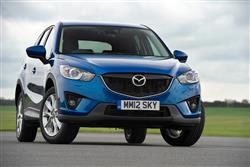