When Mercedes has got the better of its rivals down the years, it's usually done so by sticking to what it does best. That means producing cars that are instilled with quality, reliability and a certain class. The problem the brand faced with the C-Class it launched in 2007 was that the compact executive car market appeared to be residing in a place that wasn't exactly in tune with traditional Mercedes values. BMW and Audi were succeeding with dynamic, sporty conveyances for the young executive and next to them, mainstream versions the C-Class felt rather reserved. To claw back lost ground, this C-Class needed a paradigm shift.

Mercedes needed ordinary versions of its C-Class to look and feel as vibrant and exciting as their BMW 3 Series and Audi A4 equivalents. There was no problem at the top of the range where the fearsomely powerful AMG models had never been in machismo deficit. The concern was that in pursuing younger clientele with the more affordable models, the established Mercedes-Benz customer base would be alienated. As a solution to this, the 2007 C-Class was given a split personality. Elegance and SE models would retain the comfort and traditional feel Merc fans tend to appreciate while the Sport trim level would play competitors at their own game. As a result of the conviction within Mercedes-Benz to directly confront rivals without deserting its core market, the C-Class was launched with the usual diverse range of engines and an unusually diverse range of front grilles. In a unique move, the manufacturer chose to give the Elegance and SE models the traditional Merc grille with three-pointed star bonnet ornament while the Sport got a far racier tri-blade item featuring a huge three-pointed star emblem at its centre. Along with the lowered sports suspension and body-styling accessories, this was supposed to give the Sport a fighting chance of usurping the A4 S-Line and 3 Series M-Sport models in the affections of thrusting compact executive car buyers. The range was fleshed out further following the initial launch by the arrival of the Estate model to supplement the saloon in late 2008 while BlueEFFICIENCY fuel-saving technology was added to the range at around the same time in the shape of a revised version of the C180K model.

The C-Class design may not be particularly challenging but it is classically good-looking, the elegance you usually associate with larger Mercs very much in evidence. The car's front wheels are edged right up into its corners, with the wheelarches nudging neatly against the line of the headlamps and a bumper assembly that's drawn out into a subtle chin spoiler at its base. In profile, there's a stubby, flat-fronted look to the nose with the much longer rear overhang topped by the gentle curve of the sculpted bootlid. A swage line that gradually deepens as it runs rearward draws the eye back, creating the impression of forward motion. The car's stance is pugnacious and aggressive, far more so than in pervious C-Class models, and this sporty flavour can be emphasised further by buyers who seek out the Sport models. The C-Class is a bigger car than the model it superseded, 45mm longer in the wheelbase and 42mm wider overall. Legroom is generous in the back but passengers over six feet tall may have an issue with the amount of headroom available. The boot capacity is a sizable 475 litres and the lid opens nice and wide to enable larger items to be lowered inside. With the estate bodystyle, as tends to be the case in this sector, the actual load volume with the seats in place is only marginally superior to that of the saloon (485-litres instead of 475) but the shape and adaptability of the space, not to mention the improved access, bring definite advantages. With both sections of the rear bench folded down, there's a maximum of 1,500 litres to be exploited along with a maximum load length of 2.82m, 17cm more than in the previous generation C-Class Estate. Everything inside the C-Class feels sturdily built but some of the trim finishes on lower-spec models leave something to be desired. The swathes of dark plastic make the cabin less visually attractive than an equivalent A4 but there's ample space for four occupants and equipment levels are far more generous than previous Mercedes-Benz efforts might lead you to expect. Safety kit is also present in abundance.

The Mercedes reputation for peerless reliability took some knocks in the 1990s but the manufacturer got itself back on track in some style. Notable issues have yet to come to light and the C-Class has preformed well in customer satisfaction surveys. Lots of these cars will see service on company fleets and should be well maintained. Don't let high mileages put you off unduly but insist on a full service history.

The split in the C-Class range isn't confined to the grille. While all the models feature an adaptive suspension system that tailors its settings according to the driving conditions, the Sport models have a lower and stiffer set-up designed to enhance the handling and dynamic response for the car. This set-up might be on the firm side for some tastes but there's no doubt that the C-Class drives with impressive agility. Comfort levels are higher on the models without sports suspension and even here, the driving experience is far from flabby. On the diesel front, the line-up kicks off with the C200 CDI packing 136bhp. The C220 CDI offers 170bhp and buyers wanting the ultimate C-Class oil-burner can step up to the 224bhp 320 CDI. These engines are advanced common-rail turbo diesels and, with torque outputs of 270Nm, 400Nm and 510Nm respectively, they pack a hefty punch in the mid range. Petrol-wise, it's the supercharged C180 Kompressor getting things under way with 156bhp. The C200 Kompressor gets 184bhp while six-cylinder buyers can choose the C230 with 204bhp, the 231bhp C280 or the range-topping C350 with its 272bhp output. The C63 AMG has a crushing 450bhp at its disposal courtesy of a 6.3-litre V8. Fuel economy is an area where models like the C220 CDI excel and a combined figure of 46.3mpg coupled with a generously proportioned 73 litre fuel tank gives a lengthy 744 mile range. Carbon dioxide emissions are also very low, the 160g/km figure being quite some achievement for a car with the level of performance.

A pre-owned Mercedes C-Class remains the safe bet it always has been but the third generation car has more strings to its bow. With a range set-up to provide sportiness as well as comfort and quality, Mercedes succeeded here in broadening the appeal of its compact executive stalwart. This C-Class remains very much a Mercedes-Benz for those that want one but the sharper looks and chassis mean that this car is also worthy of consideration by buyers who might not have seen themselves as Mercedes drivers in the past. 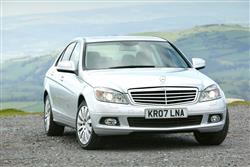 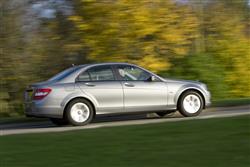 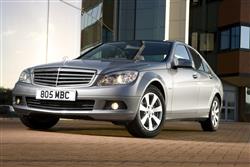 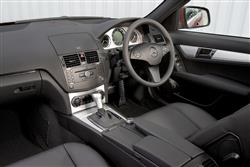 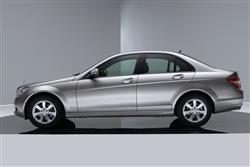 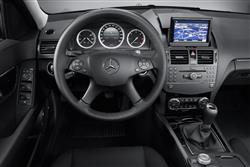