Cars are rarely as crucial to their makers or buyers as this E-Class model is to Mercedes. This full-sized Executive segment contender is the backbone of the German company's range and a perennial favourite of the corporate car park. In lighter, larger tenth generation guise, it retained a sensible side but dialled up the desirability, aiming to offer a smarter, more prestigious approach to Executive class motoring than its closest competitors. This MK10 model did so in its original form in the 2016-2020 period with efficient engines, astonishing technology and comfort that made buyers question the need for a larger luxury saloon. Let's check this car out as a used buy.

The E-Class of course, has quite a history. We've used that name for Mercedes' full-sized Executive contender since 1986, but the history of this model actually dates all the way back to 1953 and the introduction of the original 'W120' series design, widely regarded as the brand's first truly modern vehicle. And this car has remained truly modern throughout the nine generations since, pioneering everything from safety passenger cell technology to turbodiesel engines, innovation that continued here in this MK10 'W213' series version. That was essential of course. When your rivals include cars as good as the Audi A6, the BMW 5 Series and the Jaguar XF, you can't afford not to try and set the standard. Which is why at launch in 2016, this MK10 model E-Class claimed to have the classiest cabin, the most efficient running costs and the most advanced technology in the segment. Cutting-edge driver assistance features even allowed it to take a step closer to fully autonomous driving. In addition, there was a fresh 2.0-litre engine for the volume E220d diesel variant. And the brand went to great lengths to make this E-Class more engaging to drive and even more refined than the previous generation version. A V8 E 63 flagship model arrived in 2017. In 2018, an 'All Terrain' version of the estate with air suspension and a raised ride height was launched. In 2019, a V6 E 53 mild hybrid variant replaced the previous V6 E 43 sporting model. The E-Class range sold until 2020 in its original form, when a significantly facelifted version of this model was launched. It's the earlier 2016-2020-era model we look at here as a used buy.

The looks and appearance of any car are subjective, but it's hard to argue against the assertation that this tenth generation E-Class is a very handsome machine. It was a touch larger than it's 'W212'-series predecessor, but you're more likely to notice the sportier, more confident demeanour and a more graceful sense of style borrowed from the larger S-Class model. Take a seat inside and the extent to which the changes continue will depend quite a lot on the spec you've chosen. Entry-level models get conventional instruments and a central dash 8.4-inch central monitor, but if you opt to get a car whose original owner upgraded to the COMMAND Online system, things change quite significantly. The central display is upgraded to 12.3-inches in size and you'll find this usually linked to a virtual instrument display of the same size, creating one huge 'floating'-style screen that's framed by subtle ambient lighting. Build quality is predictably faultless and the 'AMG Line' trim most original buyers chose extends the interior's leather finish to the upper part of the dash along with classy contrast stitching, a package that really lifts the interior. We have to mention the leather seats too. They're perfectly contoured and fitted around the driver to give ample comfort during long trips. In the rear, the first thing you find is more than ample space - no great surprise given this E-Class model's popularity as an up-market private hire vehicle. If the front passengers have their seats at the lowest setting, you might find room for your feet slightly limited, but otherwise the rear footwells are big and broad. And the boot? Well with the lid up, the body sides slope in towards the bottom, which leaves a narrower entrance than you might expect. However, inside, the E-Class's 540-litre capacity is one of the largest in its class, matched only by the Jaguar XF. The estate model offers a massive 670-litre boot, the segment's largest.

Most E-Class (W213-series) owners in our survey were satisfied, but inevitably, there were some who'd experienced problems. It's the usual things here; interior trim and electrical issues were the most commonly afflicted things that came up. Check for uneven panel gaps and paint flaws. Inspect the electrics and the air conditioning functionality - it should blow our really chilled air. And obviously check the functioning of the electric hood mechanism. As usual, insist on a fully stamped-up service history.

On the move, you quickly find that Mercedes has achieved an excellent balance between comfort, refinement and agility with this W213-series MK10 E-Class. It's as happy easing through town as it is covering great highway distances - but then you'd expect that. More surprising is how at home it feels on twistier roads, particularly if you've got a model fitted with the impressive 'AIR BODY CONTROL' pneumatic suspension that can be fine-tuned with the 'DYNAMIC SELECT' driving modes controller. More technology is provided by the optional 'DRIVE PILOT' system that when activated, allows the car to pretty much drive itself, working with the adaptive cruise control and active steering systems to keep the E-Class rolling in its chosen lane at any chosen speed up to 130mph. On to engines - and the key ones will be the two diesels that almost all buyers will want. There's a 258bhp 3.0-litre six cylinder diesel unit fitted to the E350d, but most will prefer the 194bhp four cylinder powerplant installed in the volume E220d variant. This all-new 2.0-litre engine is right up there with the best in class for refinement. Even when pressed hard, it refuses to be noisy or harsh, which all adds to the luxury feel. It also makes a solid business case thanks to 72.4mpg combined consumption and 102g/km carbon dioxide emissions. If you really don't want to fuel from the black pump but need efficient returns, then Mercedes also offered a 2.0-litre petrol/electric E350e Plug-in hybrid variant with a 20 mile all-electric driving range. There was a diesel plug-in too. There were also the usual Mercedes-AMG petrol sporting variants. The range was launched with a V6-engined E 43 mid-range sporting variant, replaced in 2019 by an E 53 model with an evolved version of the same engine featuring EQ Power mild hybrid tech. At the top of the range is the V8 4.0-litre E63 model, offered in either standard or uprated 'S' guises, the latter boasting a thumping 612hp.

In summary, this is, in short, very much a 21st century full-sized Executive sector conveyance, the kind of car that set fresh benchmarks in its segment in the 2016-2020 period. True, it's slightly more expensive than the competition. Also, there are rivals you could choose that'd be more dynamically rewarding to drive, though as Mercedes well knows, that kind of thing doesn't tend to be prioritised by many likely buyers. Certainly if you can see beyond these two issues, then what's on offer here is probably the ultimate statement of technology and luxury if you're looking for a full-sized Executive segment premium brand saloon or estate model from the 2016-2020 era. It's certainly a package good enough to leave you questioning the need to spend more on a larger S-Class model. 'The best or nothing' was the slogan that Mercedes founder Gottlieb Daimler's lived by. If it's yours too, then we think you'll like this car. 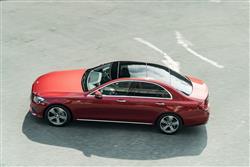 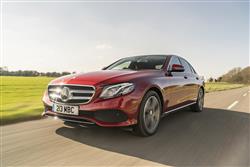 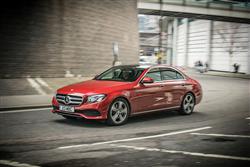 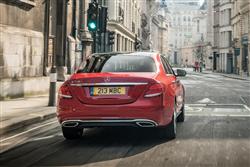 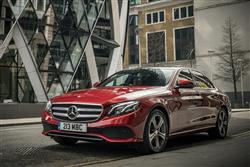 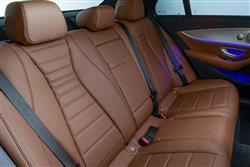